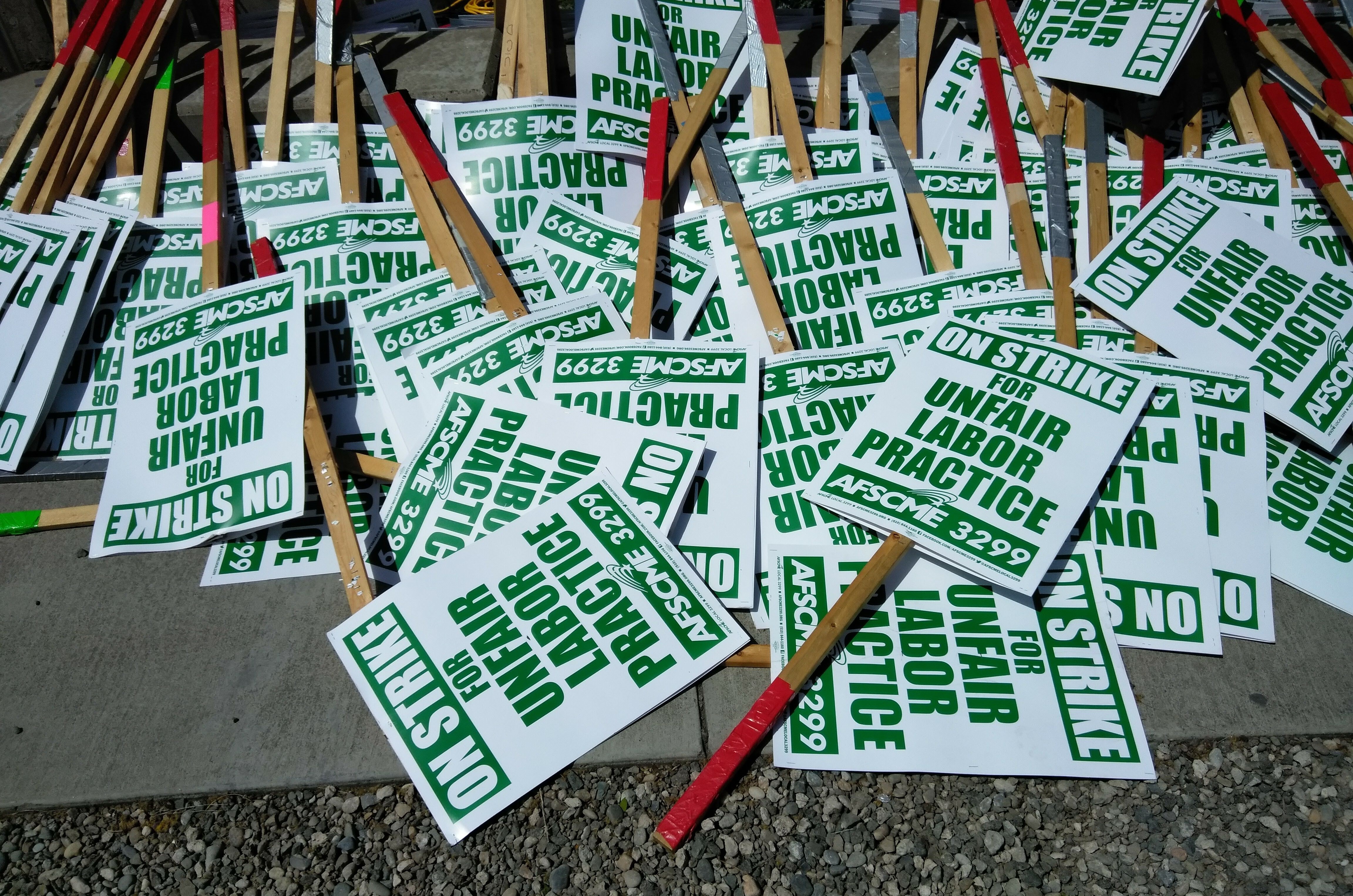 Authored by Assemblymember Adam Gray, AB 237 passed both houses of the California Legislature with bi-partisan support.  It was backed by a broad coalition of labor unions, sponsored by AFSCME Local 3299 which represents more than 29,000 University of California Service and Patient Care Technical workers.

“Strikes are a legally protected tool of last resort for workers engaged in collective bargaining,” said AFSCME Local 3299 President Kathryn Lybarger.    “AB 237 will prevent public employers from subverting that lawful process by withholding previously negotiated health benefits from our families.  The law makes it explicit that if any public employer cuts off health benefits during a strike, it would be would be liable to the affected employees and their family members for all of their actual health care expenses.”

In 2019, when AFSCME 3299 represented maintenance workers at UC Santa Cruz engaged in a lawful strike for affordable health insurance rates, the University indicated that their “unexcused absence” would result in the cancellation of their health benefits for up to a year, long after the strike had ended.  UC made this announcement knowing that one of the strike’s leaders had a young son struggling with brain cancer, an experience the member detailed in a recent op-ed column.

That same year, 50,000 United Automobile Workers (UAW) union staged the first strike against General Motors (GM) in more than a decade across nine states. Two days after the strike began; GM halted the health insurance coverage of all striking workers with no warning and no notice. Only after a national outcry and direct engagement from the highest office of government did GM reverse its decision and reinstate health care benefits.

“The rare and difficult decision to strike—whether for livable wages, safer working conditions, or access to healthcare—already requires enormous sacrifice, including loss of pay,” Lybarger concluded.  “Workers should not have to choose between exercising their legal rights, or life-saving care for their families.  Thanks to the leadership of Assembly member Gray and Governor Newsom California’s essential frontline public service workers will no longer be forced to make this impossible choice.”