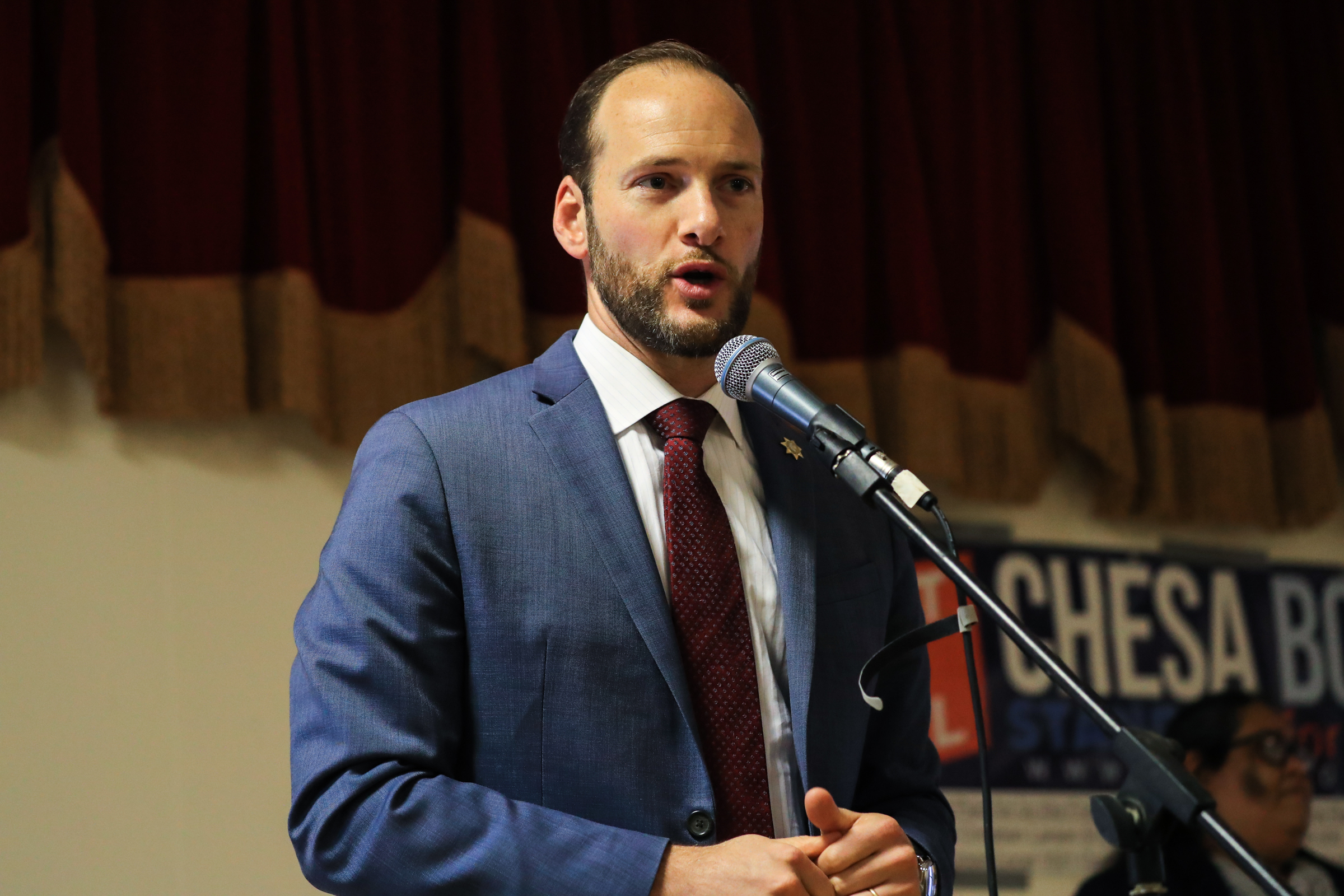 SAN FRANCISCO, CA – The effort to recall San Francisco District Attorney Chesa Boudin has now officially garnered enough signatures to be on the June 7, 2022 ballot, and according to the latest campaign filings, the Recall Chesa team has nearly $1.5 million in campaign contributions, and is already making a big investment in television advertising.

According to a release from the Safer SF Without Boudin campaign, the ad airing last Thursday evening is “a six-figure ad buy airing tonight on a variety of cable stations in the San Francisco market.”

According to an article by SFList reporting on the new commercial, a woman identified as “Andrea Shorter, Safer SF Without Boudin” appears in the spot, and says, “I didn’t support the Newsom recall, but this is different.”

The article shows a paystub for Shorter amounting to $8,000, twice every month according to campaign filings, for a $16,000 monthly salary to work for the recall of the progressive SF DA.

Shorter is generally identified as “spokesperson” for the recall campaign. Mary Jung, identified in the ad as “Former Chair, San Francisco Democratic Party,” says in the ad that “Chesa’s failure has resulted in an increase in crime against Asian Americans.”

Additionally, two prosecutors who left the DA’s office under Boudin also are in a commercial.

“The safety of San Francisco is dependent upon Chesa being recalled as soon as possible,” states Brooke Jenkins, who left over a case where Boudin took a plea deal where the killer pled insanity, and got herself a Heather Knight profile in the Chronicle after doing so.

According to the press release, both prosecutors “joined the campaign as volunteer spokespeople.”

Jason Young, father of a six-year-old who was shot on July 4, 2020 stated, “I never in a million years thought that my son, let alone any six-year-old, would be gunned down in the streets of San Francisco, and not get any justice,” Young says in the ad.

However, SFList reports that the “case did go cold for a few months, but since then, an arrest was made in January, and the suspect has been charged with murder and attempted murder, among other felonies. A second suspect was arrested in August, but neither suspect has had their trial yet.”

The ad disclosed its largest donors, the bulk of which is more than $1 million from an organization called Neighbors for a Better San Francisco Advocacy. The organization is dedicated to the immediate removal of Boudin.

Under the “Who We Are” section of their website, the group describes itself as “a diverse coalition of community leaders, small business owners, activists and parents, who are joining together to help make San Francisco safer.”

“This isn’t about politics, this is about our communities,” Better SF also says on their website. “We simply can’t wait two years until the election. For the sake of keeping our streets and neighborhoods safe, Chesa Boudin must go NOW.”

Yesterday, the Chesa Boudin Recall Committee issued a press release announcing the launch of a two week long series of radio ads to discuss the recall, noting, “The 30 second radio ads address the unprecedented surge in crime, as DA Chesa Boudin has refused to prosecute, allowing criminals to prey on residents, business owners, and visitors alike.”

Additionally, in their press release, the committee states it has raised more than six figures to fund the cause, and will continue to expand their voter registration efforts until the June 2022 recall election.