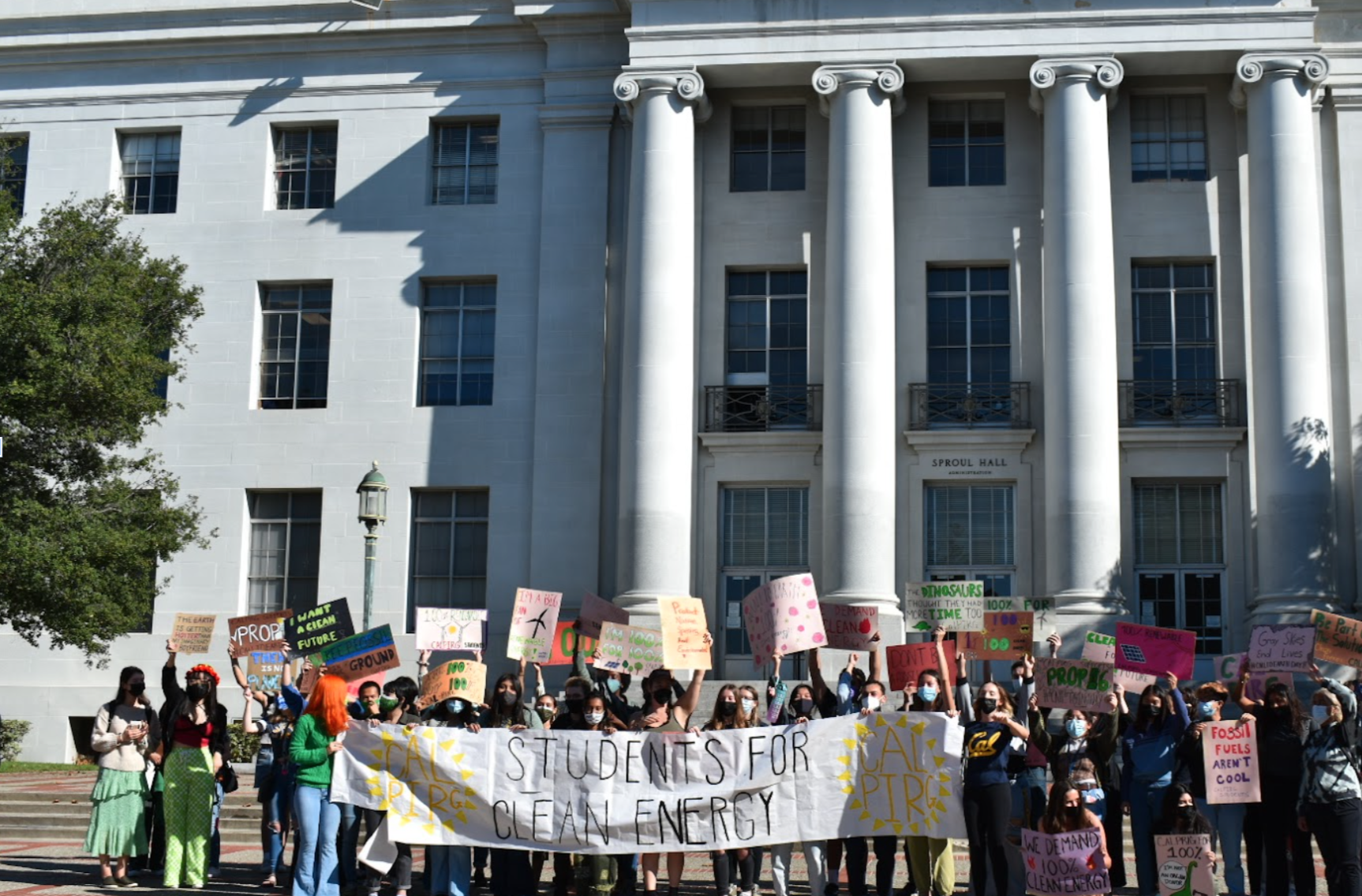 BERKELEY, CA – On November 10, 2021, students gathered on the steps of UC Berkeley’s Sproul Hall, demanding immediate action to mitigate the impacts of climate change and transition toward a green-based economy.

The rally—and hundreds of other international demonstrations on “Call to Earth Day”—occurred amid the 2021 United Nations Climate Change Conference, otherwise known as “COP26.”  Over the past two weeks, global leaders have gathered to explore solutions to combat climate change as the world continues to warm at an unprecedented rate.

Rowen Kliethermes, one of the organizers of the UC Berkeley demonstration, noted that, while the summit is a step in the right direction, many global powers have yet to adequately address consumerism and large corporations’ reliance on fossil fuels, some of the root causes of global warming.

COP26 culminated on November 13, 2021 with the Glasgow Pact, a historic agreement explicitly mentioning the need to “phase down” coal among the international community. However, the pact has received mixed reactions from observers.  Critics of the agreement argue that the language used in the document and the negotiations does not go far enough to minimize the catastrophic effects of global warming in a reasonable timeframe. Demonstrations such as UC Berkeley’s exemplify public support for increased action regarding climate change.

The California Public Interest Research Group (CALPIRG), a student-run grassroots organization focused on environmental activism, organized the rally at Berkeley. According to their figures, around 70 students attended the event. The crowd was fully receptive to the speakers’ remarks, remaining energetic throughout the rally and chanting slogans.

The first speaker at the event was CALPIRG’s Renewable Campaign Grassroots Coordinator, Jose Luongo, who called for immediate action from policymakers in the continued fight against the devastating impacts of global warming. “Especially in California, we have seen more record-breaking wildfires each year,” Luongo said in reference to pursuing more assertive climate policy. In recent years, California’s spate of worsening fires has been linked to the effects of climate change.

The next speaker at the event was Professor David Romps, who explained the scientific consensus on the negative externalities of global warming and the university’s contribution to greenhouse gas emissions.

“That [plant] right next to Eucalyptus Grove is putting out 3 tons of carbon dioxide every year for every student, every undergraduate student on campus,” Romps stated in regards to the Cogeneration Plant owned by the university. Professor Romps remarked how the university could move to “electrify our campus” to reduce UC Berkeley’s reliance on fossil fuels.

Finally, environmental activists Jakob Evan and Varsha Madapoosi took the podium. They explained how the university had made nothing but empty promises in enacting meaningful changes to their climate policy directives. “UC Berkeley has no real plan. They are basically just greenwashing,” said Madapoosi. Amidst drastically underpaid lecturers and plans to build on People’s Park, Madapoosi’s statement supports many students’ views of UC Berkeley as an institution purporting to be on the frontier of social justice activism, but reluctant to engage in tangible action.

According to the Climate Action Tracker (CAT), the measures that arose out of COP26 remain well over the Paris Agreement’s goal of keeping the temperature under 1.5 ºC. Despite these bleak numbers, many climate activists—including Berkeley students—have yet to lose hope.

Reuben Sam is a writer for The Vanguard's Social Justice news desk. Originally from Los Angeles, CA, he is currently studying Political Science at UC Berkeley.