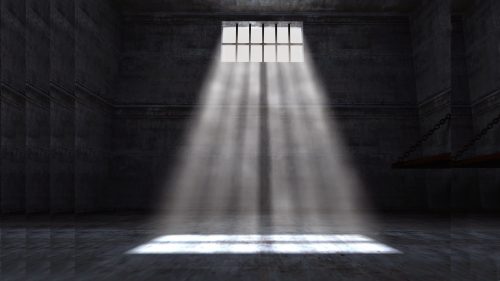 UNITED STATES— Of all individuals convicted of a crime in the U.S., according to the Chicago Tribune, between 2-10 percent of the convicts are innocent. Countless innocent individuals have spent years, decades, and even lifetimes serving their sentence, only to be later proven innocent. When these individuals are finally proven to be innocent, the financial compensation offered by the state or federal government is meager.

Since the 1980s, 850 people have been exonerated and cleared of the crime they were convicted of, 367 of which came as a result of DNA evidence proving their innocence. As the rate of exoneration rises, the criminal justice system seems to be more flawed and unreliable than people have initially thought.

Additional confounding factors stem from individuals lying to reduce their own sentence, lawyers who may lack the experience for the complexity of the case, or the inability to ensure an impartial jury or fair trial. There are also other cases in which junky science is at hand, where untested or unproven theories are presented as a fact such as through hair microscopy, bite mark comparisons, firearm tool analysis, and shoe print comparisons.

A conviction is classified as wrongful if the person convicted is factually innocent of the charges or there have been procedural errors that violated the individual’s rights, like the ones listed above. If an individual is proven to be wrongfully convicted, some individuals are fortunate enough to be released and given compensation. However, the monetary amount given can vary depending on the state and type of prison.

The federal government and only 35 states, plus Washington, DC, offer $50,000  as compensation for every year that an individual was wrongfully incarcerated. For those that faced the death penalty, the federal government and four other states provide additional compensation. 14 states provide tuition assistance, nine states help with medical expenses, seven states assist in housing, 12 states offer counseling services, six states aid in re-entry, and California alone succors immediate assistance upon exoneration.

While the innocent individual may receive compensation for the time they served and assistance in re-entry, the miscarriage of justice they experienced may harm them far more than what money and help services can fix.

Shared by the National Institute of Justice, in the story of Fernando Bermudez, who was convicted of murdering a teenager at a New York Nightclub in 1991. The police report described the suspect as 5’ 10” and 165 pounds while Bermudez was 6’ 2” and 220 pounds.

Despite the extreme discrepancies with the description, Bermudez was forced to stand in a lineup organized to hide the height and weight differences, and was incorrectly identified by the witness as the murderer. Bermudez was sentenced to life in prison at age 22, and it was only after 11 appeals and 18 years serving he was exonerated in 2009 at the age of 40.

Fernando Bermudez is just one of possibly thousands of wrongfully convicted individuals who were put into prison for a crime they didn’t commit. This miscarriage of justice ruins their life plans, relationship with others, and makes finding work and stability difficult if they are exonerated and released.

Dr. Kathryn Campbell and Dr. Myriam Denov, both professors in the department of criminology at the University of Ottawa, revealed the way in which those wrongfully convicted coped in prison as well as the long-term effects of their incarceration in their five-man study “Miscarriages of Justice: The Impact of Wrongful Imprisonment.”

Of those wrongfully convicted, many had to join prison groups for a sense of belonging and cooperation as a means to cope with prison violence. Others withdrew from groups and dove into isolation, preoccupied with the thought of exoneration.

In some instances, this isolation and experience incarceration led to severe depression, self-mutilation, and suicide. The leading of this mental and emotional pain arose from understanding the life they lost, and recognizing the extreme miscarriage of justice that culminated in their sentence.

Long term effects of wrongful imprisonment are additionally heart-breaking. For almost all innocent prisoners, they lost their freedom, former identity, and sense of self. One man, Jason, even expressed “I lost me, is what I lost…my identity, who I am… The way I viewed life.”

Another, Mark, shared the effects imprisonment had on his family. His two children were taken away by Child Protection Authorities after his wife experienced extreme mental instability as a result of his incarceration. Following his release, Mark recalled “It completely devastated [my family]. We lost our home…I lost my kids… I lost the care and guidance and companionship of my dad… [T]he hardest part about being an inmate was the loss of the family.” Wrongful incarceration can wreak devastating harm on families.

After leaving prison, exonerees attempt to find normalcy in a world that has served them wrong, with limited compensation, if any, to make up for their lost time. The severe social and legal injustice resulting from improper legal convictions depletes the innocent prisoner’s mental health and relationships with loved ones, as well as leads to irreparable loss in hopes, dreams, and time.