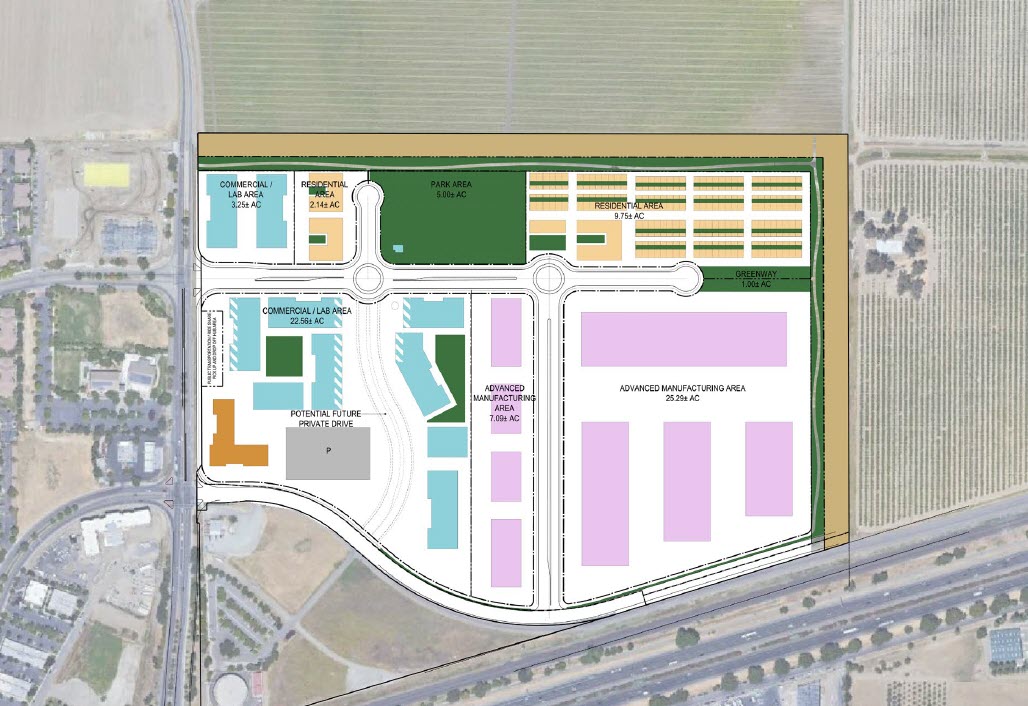 Davis, CA – On Monday the city of Davis released the updated EPS Pro Forma and Fiscal Analysis of DiSC 2022.

“UC Davis has continued to improve its standing as a major research university, creating rising expectations for a burgeoning high-tech and innovation concentration that contribute to the region’s efforts to diversify the

economic base,” EPS noted citing Aggie Square as a “testament to this.”  “The Project continues to signal the next phase in the development of university town predicated on a major research presence: the advent of private investment leveraging a nationally significant public investment in the form of UC Davis.”

The project anticipates it will built out in two subphrases with office and flex/R&D space absorption assumed to be spread across the first phase and the easly part of the second phase.

The annual on-going fiscal impact for the city naturally is roughly half the size of the 2020 project with the anticipated net fiscal impact being about $3.88 per year at build out anticipated within 10 to 15 years.

The analysis by EPS is based on an assumed 50/50 property tax split between the city and county.

In addition, they anticipate about $45 million in one-time revenues mostly from permitting fees and impact fees.  Affordable housing is assumed to be on-site and therefore will not have in lieu fees.

“The economic impacts include the one-time impacts (multiyear) from construction of the Project and the ongoing impacts that occur annually as a result of the operations that take place after occupancy,” EPS notes.

EPS estimates about an $850 million ongoing economic impact for the city and $1.1 billion countywide with another $320 million during the construction phase for the city.

“The number of comparable rental workspace properties in Davis, with available data, is somewhat limited. However, a few good examples of newer buildings exist,” EPS notes.

They note, “Class A office space is generally leased on Full Service Gross basis, with taxes, utilities, and common area maintenance included in the rent.”  They add, “Flex/R&D space is more commonly rented on a Triple Net (NNN) basis, meaning that all expenses are passed through to or otherwise paid by the occupant.” 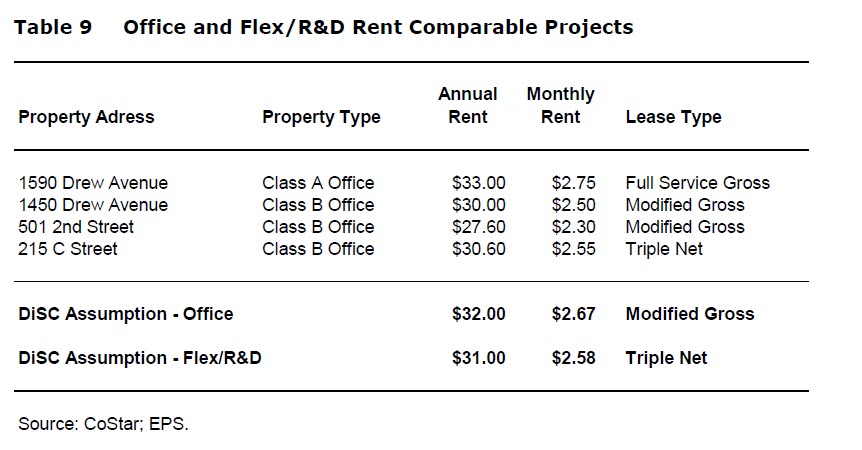 The hotel is “assumed to be a limited service, business-oriented property.”  They assume a daily rate of $180 and around 79 percent occupancy.

EPS notes: “Hotel demand is strongly correlated with proximity to professional employment. By the third phase, when the hotel is assumed to come online, employment growth in the Project likely would induce greater demand and therefore higher room rates or occupancy levels than those currently indicated by the market.”