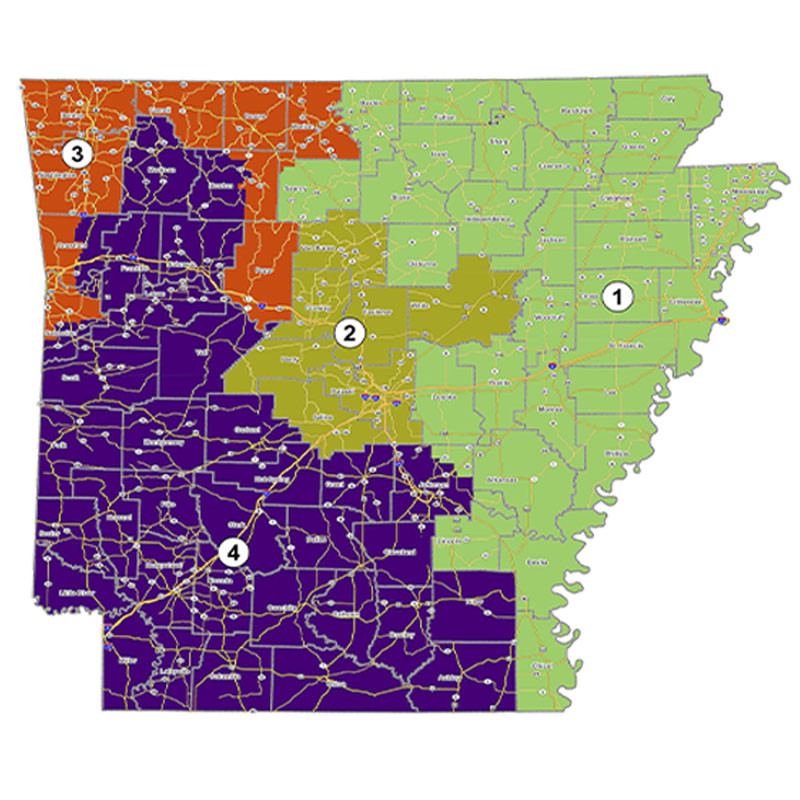 The ACLU said it believes the new redistricting plan would undermine the voting strength of Black Arkansans by denying them an equal opportunity to have their voice heard, to participate in political matters, and to elect candidates of their choice, which is in violation of Section 2 of the Voting Rights Act of 1965.

Section 2 of the Voting Rights Act bans the drawing of legislative district lines that diminish the voting strength of communities of color. The Board of Apportionment has also, according to the ACLU, failed to accommodate for the growing number of Black voters by the lack of proper district lines to do so.

Added Dickson, “Arkansas has historically diluted the political power of Arkansas’ minority populations. If newly drawn maps aren’t updated to fairly represent all Arkansans, these communities will continue to face obstacles to meaningful participation in the political process.”

If the new redistricting plan were to be passed, it would “unequivocally and illegally weaken the political power of Black voters,” said Ceridwen Cherry, a staff attorney with the ACLU’s Voting Rights Project.

New district lines are drawn every 10 years, or once a decade, and are immensely important for political matters in that state, according to the pleading, noting these district boundaries determine the allocation of political power, representation, and access to resources at every level of government for the next decade.

According to the lawsuit, the new redistricting plan presented by the 2021 Arkansas Board of Apportionment has the effect of diluting the voting strength of Black voters in Central Arkansas, the Upper Delta, the Lower Delta, and Southwest Arkansas, along with the lack of at least four other districts, Black-majority districts that should have been drawn.

The ACLU’s lawsuit is charging the new redistricting plan is engaging in gerrymandering, or the purposeful redrawing of electoral boundaries so as to disenfranchise a certain race or class.

A similar court case, Rucho v. Common Cause, in North Carolina, accused the Common Cause party of gerrymandering over the 2016 remedial congressional map. The suit was dismissed in September of 2019 for a lack of jurisdiction. This was after holding that gerrymandering claims were nonjusticiable in June of the same year.

The lawsuit in Arkansas outlines the state’s long history of official voting-related discrimination on the basis of race and charges the new redistricting plan is once again an effort to limit Black voting strength.

Arkansas State Conference NAACP v. Arkansas Board of Apportionment, was filed in U.S. District Court for the Eastern District of Arkansas in Little Rock.