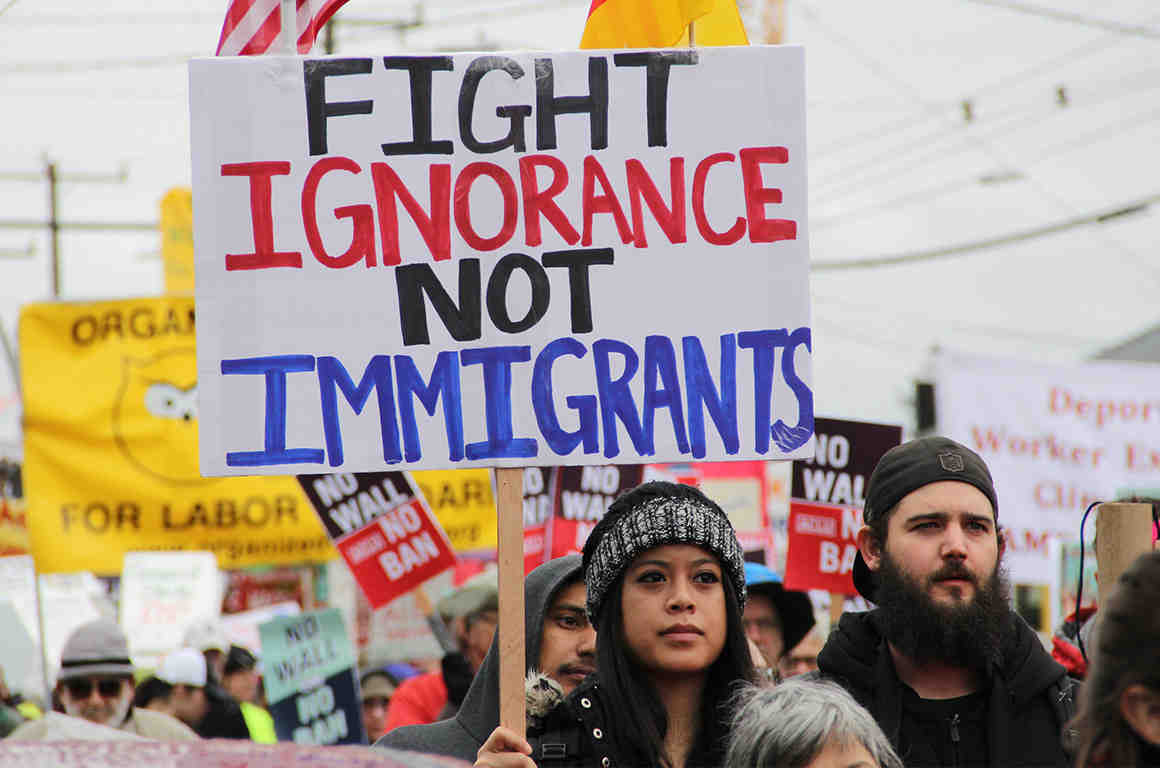 OAKLAND, CA – Families who fled Central America because of persecution and violence nearly four years ago may have their case dismissed in a March 3 hearing because of a “betrayal of President Biden’s own campaign promises,” charged lawyers for the families Thursday.

“Actions speak louder than words, and by sending its lawyers to try to throw separated families out of court, the Biden Administration is effectively defending Trump’s cruel and unlawful family separation policy,” said Bree Bernwanger, Senior Immigrant Justice Attorney at the Lawyers’ Committee for Civil Rights of the San Francisco Bay Area.

In a case at the U.S. District Court, Northern District in Oakland, the U.S. government “sought to shield the Trump Administration’s family separation policy from judicial scrutiny” by filing a motion to dismiss late Wednesday,” said the families’ lawyers.

The government asked the federal court to dismiss a case by the three families who seek to hold  the government “accountable for the harm they suffered when federal officials forcibly separated them at the border,” said the plaintiffs’ lawyers.

The Biden Adminstration seeks to dismiss, according to its filing, on largely jurisdictional grounds, specifically that the case should move to the courts in Arizona who the Biden Adminsitration lawyers claim have more of an “interest” in the case.

Lawyers for the immigrant families insist the Oakland court is proper because the plaintiffs live in the San Francisco Bay Area.

“This is the federal government’s first response to a family separation lawsuit since the Department of Justice abruptly shut down global settlement negotiations to resolve families’ claims in December,” according to statement issued by Lawyers’ Committee for Civil Rights of the San Francisco Bay Area and Keker, Van Nest & Peters, LLP.

The lawyers filed the federal lawsuit in June 2021 under the Federal Tort Claims Act (FTCA), that allows individuals to sue the U.S. government directly for injuries by federal agents. The suit seeks damages from the U.S. for “forcibly separating them at the border and subjecting them to harmful conditions of detention and medical neglect.

Wilbur P.G., Erendira C.M., and Joshua G.G.*, and their children are part of the lawsuit.

“I still live with the pain of my daughter being taken from me,” said Erendira C.M., an indigenous Guatemalan mother whose daughter who was six at the time of separation, and one of the plaintiffs in the case. “No family should ever suffer the way we suffered,” she added.

She explained that Homeland Security Secretary Alejandro Mayorkas promised in a meeting that “it was his job to support us after what we suffered. I feel betrayed and deeply sad now that they’re fighting us in court. We want justice and to make sure this never happens again.”

The lawsuit charged it was a government policy of “unprecedented and unmatched barbarity—and it was intended to be so…(and) systematically separated parents from their children using methods as diverse as they were appalling: ripping breastfeeding babies from the arms of their mothers, spiriting away children in the middle of the night, and luring them away under false pretenses.”

The filing details how the three families came to the U.S. in May of 2018 by crossing from Mexico into Arizona, “fleeing persecution and violence in their home countries in Central America.

After undertaking harrowing journeys in hopes of exercising their right to seek asylum in the U.S., the U.S. government forcibly separated the three parents and children, ages 6, 11 and 13 at the time, without notice or explanation. Wilbur, Joshua, and Erendira spent weeks isolated in detention, not knowing if they would ever see their children again.”

He added, “The family separation policy was a humanitarian failure and a flagrant contradiction of long-standing U.S. law, which we will prove as this litigation continues.”

U.S. government lawyers disagree with the plaintiffs’ lawyers, noting “After assuming office, President Biden took action to undo the policies that led to Plaintiffs’ separation and to reunify the families that were affected by those policies,” and the “President issued an Executive Order that condemned the ‘human tragedy’ of the prior Administration’s Zero-Tolerance Policy.”

That presidential statement, they wrote in the motion to dismiss, “committed the United States government to protect family unity and ensure that children entering the United States are not separated from their families, except in the most extreme circumstances where a separation is clearly necessary for the safety and well-being of the child
or is required by law.”

The Biden Administration insists a Family Reunification Task Force, as of November 2021, indentified and reunified 2,248 families with another 206 families in the “process of reunification,” and the task force would “make recommendations for the potential provision of immigration benefits and mental-health services to those separated
families.”

Independent reports suggest many more than 3,000 families were separated, higher than the U.S. stated.

The 65-page plaintiff complaint details in graphic language how the three pairs of parents and children, ages six to 13, “share a horrifying common experience.” At least one child was sexually molested.

Another child was found missing when the parents woke up, and border agents, said the lawsuit, told parents they were just taking the children “for a bath,” but the children never returned.

The suit pointed out that “None of the Plaintiffs knew whether they would ever be reunited with their families, and at various times…all suffered from extreme emotional distress…endure(d) sustained emotional distress during their forced separation, and then continued to experience lasting emotional distress even after they were reunified. This suffering was the intentional purpose of the Policy.”

Share:
Tags:BidenFTCAImmigrationOaklandTrump
Previous : Letter: In Support of Academic Accommodations at UC Davis
Next : Motion to Compel Discovery Shows a Series of Lies and Inconsistencies by Top OC Sheriff’s Investigator