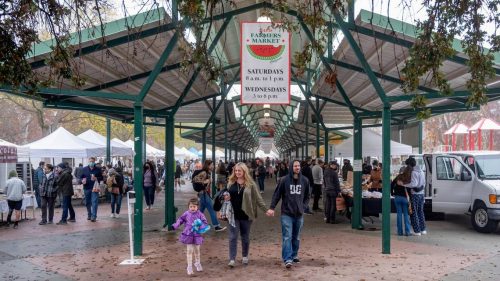 DAVIS, CA – The 2022 Principles of Civility were discussed during Tuesday’s City Council meeting and per Vice Mayor Lucas Frerichs’ suggestion, sent to commissions for review.

The two public commenters highlighted that civility is important because it maintains useful conflict and input from the public is good. A few of the suggested Principles of Civility to be considered are: be welcoming and inclusive, speak kindly, and be present and listen.

City Manager Mike Webb stated that these principles are used to hold staff members accountable when working alone and with one another, and when they provide aid to the community they serve.

Two public commenters called in to discuss areas in which the suggested Principles can be improved.

The first public commenter, Connor Gorman, stated, “Interpersonal civility is important…I also think sometimes some level of conflict can be helpful especially when it comes to social and political issues with different perspectives.”

“Structural factors,” Gorman continued, “and systemic oppression are important things to consider as well. I believe these things should be explicitly incorporated into the Principles of Civility or at the very least should be implicitly incorporated through the understanding and interpretation of those principles.”

Alan Hirsch, the second public commenter, stated that the “absence of conflict is a problem because it shows that there is violence and not having a place where there is diversity.”

However, Hirsch cautioned, “Too much conflict is destructive, so civility is what keeps us in that sweet zone where we can talk about our differences…and we can get the best possible solution.”

Hirsch went on to say that if City Council “actually want[s] to listen [and] want this document to really mean what it says,” council should “hold off” on adopting the principles and instead take input from where they are doing a good job, what are the things they should be thinking about, and what are the issues. Hirsch argued that in doing so, the principles would become “much more meaningful and powerful.”

Mayor Partida introduced the idea of adding them in the beginning of all meeting agendas to remind everyone of the principles they are to abide by, jokingly adding, “I don’t think it would make the agenda much longer, and if there’s not room for other things maybe we could knock those things off, make our agenda shorter.”

Vice Mayor Lucas Frerichs agreed that the Principles of Civility should appear in agendas and added that the council should seek input from “folks” during that time to see how everyone feels about it.

“I think it provides good modeling behavior for members of the public as well,” Frerichs stated. He also added that “seeking input from commissions on this item and getting additional feedback from them” would be beneficial prior to adopting the suggested Principles.

The council agreed to send the Principles of Civility to the commissions so they can include it on their agenda, before the topic comes back for final approval by the City Council.

Share:
Previous : My View: Blaming Prop 47 for Surge in Smash and Grabs Ignores Some Glaring Problems
Next : Davis’ Water Fund Spends Less Than Expected, New Water Standards To Be Enacted