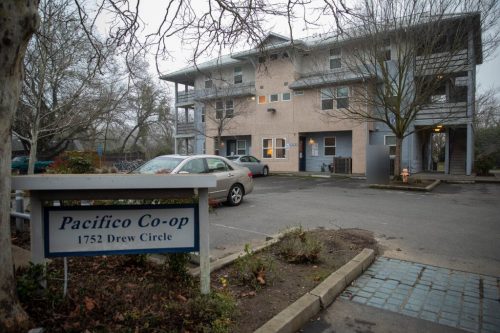 DAVIS, CA – On Monday night, the Davis Social Services Commission weighed in on the reallocation of existing Community Development Block Grant (CDBG) funds, federal grants provided to the City of Davis by the U.S. Department of Housing and Urban Development (HUD). The commission voted unanimously to accept staff’s recommendation that the funds be allocated to two existing capital projects: an exercise circuit at the Davis Civic Center and a senior center improvement project; with the caveat that the Davis City Council be urged to consider affordable housing rehabilitation as a top priority, particularly that of the Pacifico Affordable Housing Development.

The exercise circuit at the Civic Center will specifically cater seniors and adaptive recreation uses, the senior center improvements project will prioritize the patio space at the Davis Senior Center.

In explaining the decision to propose these projects over others, Assistant City Manager Kelly Stachowicz cited timeliness as well as the parameters established by HUD regarding the intended uses of CDBG dollars. She stated that although neither project has officially started, they are both already partially funded and therefore exhibit the lowest risk of compromising these funds.

Stachowicz elaborated, “The city has something called a timeliness requirement . . . We can’t have more than a certain portion of our overall CDBG funds unspent at a certain point each year. So you can roll over the funds, but we still have to have a plan to spend the funds. If we keep them for too long, then we run the risk of having a timeliness deficiency, which means that HUD looks at us and says, ‘Maybe they don’t actually need all those dollars,’ so they reduce our funding going forward for future years.”

Other projects that were considered either had no concrete plan presently in place, or required an additional amount of funding that exceeded the available CDBG funds. Stachowicz singled out a flatwork project addressing the maintenance of street sidewalks that was also considered, stating, “We could have all of the money in the world and still have flatwork needs throughout town.” She further specified that, “we’re looking for something that is ‘more shovel ready,’ which is why we suggested these two.”

Although these two projects are not without drawbacks, Stachowicz likened the cascading issues of the Davis Senior Center to the children’s book, If You Give a Mouse a Cookie. She emphasized that it is important to “get them funded sooner rather than later because we’ve found that the costs never go down, they always go up.”

While the Social Services Commision largely approved of Stachowicz’s proposed usage of the CDBG funds, some Commission members did express concerns regarding the missed opportunity to fund the rehabilitation of affordable housing developments, specifically Davis’ Pacifico Affordable Housing Development.

Commissioner Bapu Vaitla articulated these concerns and pushed back on unconditional approval of the proposal, stating, “I understand the timing is a problem and it’s uncertain about how this relates to other funds, but it is an opportunity to give council a signal that Pacifico is on our mind; we’re still thinking about it and prioritizing it.”

Other members of the commission echoed Vaitla’s concerns, and the commission ultimately agreed to incorporate them into their final motion to approve Stachowicz’s proposal and recommend it to the Davis City Council.

Commission Chair Judith Ennis stated that the commission “would like to recommend to Council that they accept staff’s recommendation with the caveat that the Commission would prefer . . . the Council to consider CDBG funds for affordable housing as the top priority.”

At Vaitla’s urging, Ennis amended the recommendation to further specify Pacifico as an ideal candidate for these funds.

This motion was unanimously approved by the commission, demonstrating their willingness to allocate the funds to the two proposed projects, while still maintaining that the rehabilitation of affordable housing remains their top priority.