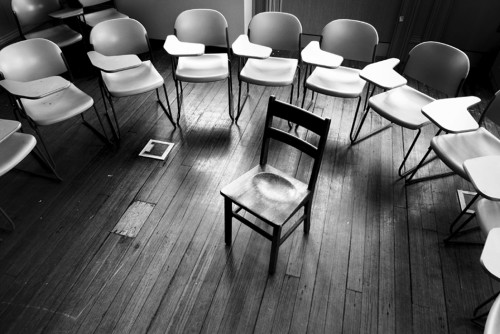 OAKLAND, CA – In the midst of the desperate hope for a resolution in the COVID-19 pandemic, many institutions have eagerly resumed their functioning after having been shut down. Some of the most controversial places to reopen were K-12 schools, due to their crowded populations, indoor classrooms and required in-person attendance. Only recently were children ages 5 to 11 able to be vaccinated, and those below 5 are still yet to be able to.

Communities and the government alike are searching for an acceptable medium between COVID-19 safety and serving the public through in-person education, but the imbalance has created discord within schools.

In the Oakland Unified School District, 1,200 students as of Tuesday afternoon Jan. 18th signed a petition demanding that the district be moved to online instruction. If the district requires that schools be in-person, the petition stipulates, students are demanding that they regulate COVID-19 testing twice a week, administer KN95 and N95 masks for every student in every school, and provide more outdoor space for students to safely eat.

The demands turned into a demonstration for student safety when students began boycotting classes beginning Tuesday morning. John Sasaki, a spokesman for the district, confirmed that many of the students had held their word and did not attend their classes. Reportedly 26% of students were absent.

Teachers joined in the efforts for COVID-19 regulations and boycotted Bridges Academy, Unified for Success Academy and Acorn Woodland Elementary on that same Tuesday, all of them calling in sick and forcing those campuses to close due to staffing shortages.

As the month has progressed, teachers across the district campuses have staged three of these “sickouts” since the district resumed in-person functioning on Jan. 3.

While the district has complied with some demands, on Friday Jan. 21, 250 students, teachers, and entire classrooms from several high schools in the district held a meeting over Zoom to express their frustration at the district still not complying with their safety concerns. This was held in place of a planned protest in front of the school district office in downtown Oakland.

After four days of boycotts as of Jan. 21, the students’ demands were still not met.

Demonstrations like this have begun because of the drastic rise in COVID-19 infections from the highly infectious Omicron variant. On the worst day thus far of the Omicron variant, Jan. 10, there were almost 230,000 new positive cases in California. The recent spike in cases surpasses the previous surge of cases in the winter of 2020-2021, eclipsing the previous high of new positive cases nearly threefold.

Given the surge in cases at the beginning of the year, whether or not K-12 schools should return to in-person functioning was a highly controversial decision.

In Simi Valley Unified School District, the effects of resuming in-person instruction has led to mass infections of the teaching staff. There were only enough substitutes to cover half of the teachers who were forced to miss school due to testing positive.

California school’s capabilities to provide quality education has come into question due to the shortages in teaching staff. Some high schools, including those within Sacramento City Unified, San Diego Unified and Simi Valley Unified School Districts, have been forced to merge classes of over 100 students, decreasing supervision and the quality of education that a small classroom setting would provide.

The result of many schools opening their campuses for in-person instruction in the midst of COVID-19 cases dramatically rising was the temporary closing of campuses across the state due to mass teaching shortages and lack of student attendance.

Other schools have felt the consequences and members of their communities have worked together in order to prevent the closing of their schools. Palo Alto Unified School District, for example, recruited 800 parent volunteers to work as teachers aides for combined classrooms due to teacher shortages.

In an attempt to address the drastic decrease in teacher attendance due to the outbreaks, in Simi Valley, the district raised the daily pay for substitute teachers from $110 to $205.

A bill introduced in California in early January 2022 takes into account the dropping student attendance, and starting in 2023 will base the K-12 system’s funding on enrollment, rather than on average daily attendance as it is now.

Additionally, in his 2022 state budget proposal, Governor Gavin Newsom allocated $54 million to pay for examination and credentialing fees for new teachers in the hopes of addressing the mass staffing shortage.

The current spike in COVID-19 cases and its effects on the education of the younger generations is massive. Public health experts present differing projections for the future. Some are hopeful that the peak of cases has already passed in mid-January, yet others brace the public with the prediction that the Omicron surge is still far from over.