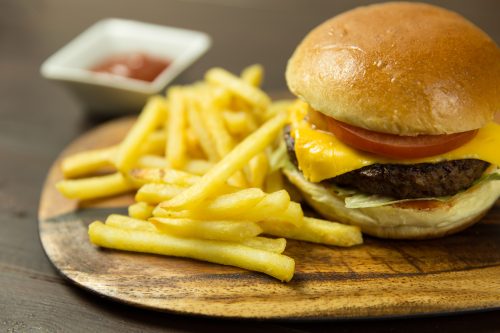 SACRAMENTO, CA – On Monday Jan. 31, the California Assembly voted 41 to 19 in favor of AB 257, also known as the Fast Food Accountability and Standards Recovery Act (FAST Recovery Act), which would establish the Fast Food Sector Council, in order to impose a workplace standard on the statewide fast food industry.

The Council would comprise of 11 individuals selected by the governor and legislators, including five representatives for state agencies that handle labor, health, and workplace safety; two workers and two employee advocates; and one representative each for franchisees and corporations. They would convene every three years to negotiate and execute industry-wide minimum standards of wage and working conditions.

The Service Employees International Union in California, one of the state’s largest worker organizations, said the bill would address “long-standing issues in the fast food restaurant industry that have left more than half a million California fast food workers vulnerable to wage theft, sexual harassment, violence in the workplace, and health and safety violations.”

According to a 2021 report by the University of California, fast-food workers across the state—an estimated 557,000, the vast majority of whom are people of color and women—earn a median annual wage of just under $26,000, and two-thirds say their families rely on social safety net programs. On top of low wages, sexual harassment and regular violent encounters on the job have plagued fast-food workers.

Assemblyperson Wendy Carrillo, D-Los Angeles, confirmed such harsh working conditions with her own working experience at McDonald’s in high school. “I had 39-cent cheeseburgers thrown at me because they were not at the satisfaction of the customer. I had my life threatened,” she said. “I tell you from experience that these workers are some of the hardest-working people that I have ever worked with.”

Fast-food workers are also being threatened by COVID-19 on the job. Some restaurants are ill-prepared with prevention measures, and hardly give sick pay and sick leave to those infected. Perla Hernandez, 42, working through the pandemic at a Burger King, said that eight of her fellow workers came down with COVID-19 in the past two years, and the company did not arrange to replace masks and protective gloves.

Should the bill become law, David Madland, senior fellow at the Center for American Progress, claims it is possible that other states would follow California to establish their own sector councils to tackle issues in the fast-food industry.

“It would be the first of its kind for fast food workers that really transforms an industry with the kinds of challenges that many other states and the whole country are trying to figure out how to deal with,” Madland said.

The bill would make both franchisors and franchisees jointly liable with their franchisees for violations. Under current federal labor law, fast-food companies are heavily shielded from the responsibility for violations at franchise locations. Whenever something goes wrong on the restaurant floor — wage theft, harassment, unsafe and unhealthy practices, and other violations of labor standards, in the past franchisers have blamed franchisees.

“California has a chance to lead the country and address outstanding issues in the fast food industry,” said Democratic Assemblyman Chris Holden, a former franchisee himself. “It is about fairness and it is about bringing all the responsible parties to the table to collaborate on solutions.”

The bill now goes to the California Senate.