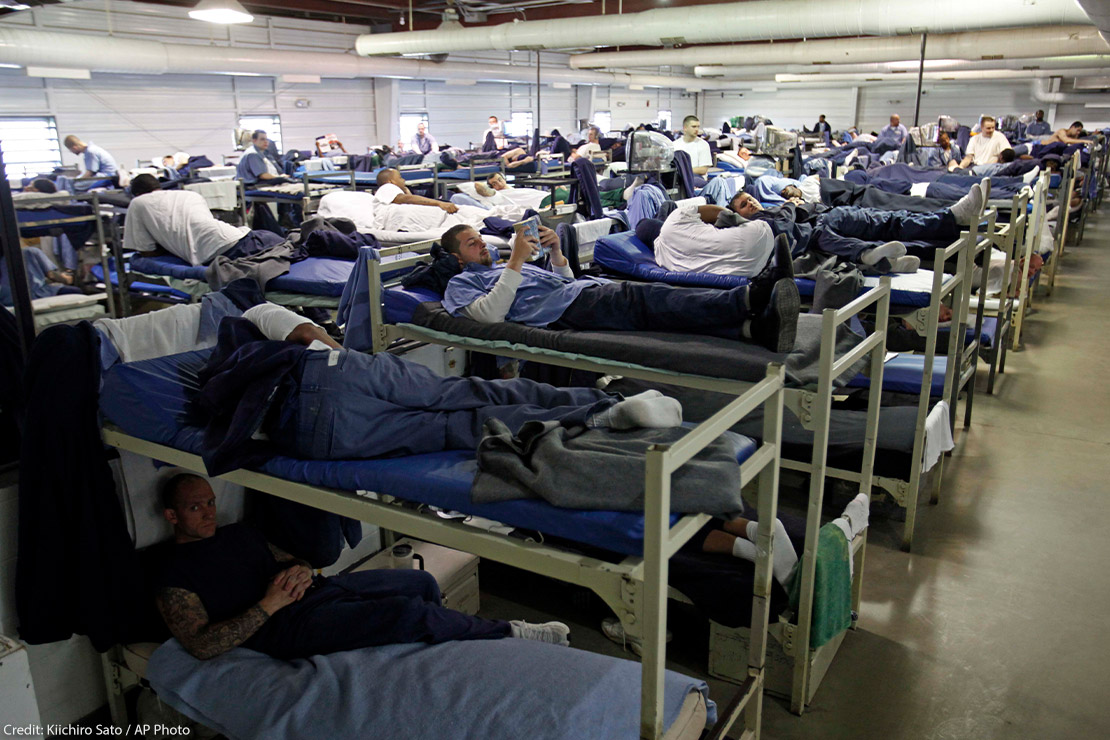 By Matthew Torres and Alexander Ramirez

WASHINGTON DC – In the midst of a recent nationwide lockdown of all 122 federal prisons in the U.S., one D.C. resident is using his experience as an incarcerated resident to question the efficacy of these prison lockdowns.

Robert Barton has called the federal prison system his “home” for the past 26 years in the U.S. penitentiary in Coleman, Florida, after a sentence of 30 years to life for a crime committed when he was 16. Now, he is using his voice and experience to shed some light on the recent lockdowns affecting the U.S. prison system.

After a recent gang altercation at a federal penitentiary in Texas killed two inmates and injured two others, the entirety of the federal prison system was placed on lockdown for fears of potential retaliation and to prevent a series of violent incidents.

Barton explains a lockdown as “everyone in a unit or an entire prison is restricted to their cells for 22 to 24 hours a day, without access to education, recreation, or communication with family.”

In other words, “it means that more than 150,000 individuals are being subjected to a form of solitary confinement for a fight that took place in another state,” Barton said.

As for the effects of these lockdown restrictions, he cites a recent study published on the Russell Webster website that finds a deterioration of mental health for incarcerated people over the duration of their lockdown.

It isn’t these effects that Barton wants to focus on, however.

“But what isn’t being reported is that lockdowns—sometimes for weeks at a time—have been pervasive throughout the federal prison system for a long time,” he said, citing reports compiled by the District of Columbia’s Corrections Information Council that lockdowns have been used to solve a prison’s problems since 2018.

Barton continues to review reports made by the CIC in 2019 in which they visited penitentiaries in Louisiana, Virginia, and Kentucky which stated that “by far the most common concern … was the frequency of lockdowns and their impact on visitation, programming, and religious practice.”

In an inspection report of USP Atwater, the CIC found that lockdowns weren’t due to mass-unrest and misbehavior but rather “many lockdowns were in response to fights between small numbers of people, as opposed to facility wide incidents.”

Co-founder of More Than Our Crimes, Barton said he experienced this while serving in a prison in Coleman, Florida. An avoidable fight between two inmates regarding allowed phone usage resulted in one man losing an eye, the other being flown out to the hospital, and the rest of the population being placed under a three-week lockdown.

This lockdown period not only revokes access to educational programs meant to rehabilitate, but also alienates inmates from support systems like friends and family, Barton noted.

The recent retirement of the current director of the Bureau of Prisons, Michael Carvajal, now provides the Biden administration an opportunity to change the culture of prisons from “warehousing” to a more reform-focused approach, incarcerated advocates state.

Educational programs are one of the best ways to achieve that, according to information provided by the Department of Justice, arguing “inmates who participate in correctional education programs have 43 percent lower odds of returning to prison than those who do not.”