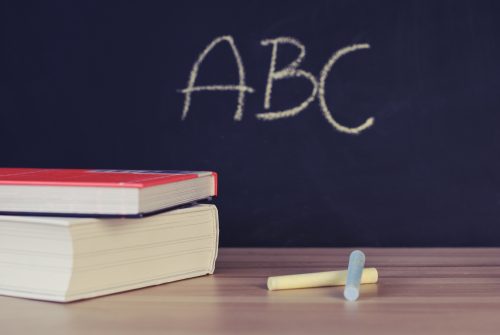 SACRAMENTO, CA— For 180 days of the year, children wake up bright and early in the morning and make their way to school. Though each day is different, the students’ expectations remain the same: learn about various subjects and interact with friends and administrators in a respectful manner. Unfortunately, expectations of respectful conversations do not always match with reality.

In this recording, the teacher used racist slurs, specifically the “n-word,” and tried to compare it to the “f-word,” saying how “it used to be a nasty ugly word. And now it’s like the word (n-word) which everybody says or (n-word).”

The use of this word and the subsequent justification by the teacher is extremely inappropriate, especially in a school zone. Young students hearing this offensive slur felt unsafe and uncomfortable in a place that is supposed to foster a safe environment, open communication, and inclusivity. This undoubtedly stunts their educational journey and, since they tend to model their behavior off of their elders at that age, this causes them to have negative role models at a very young age, ultimately affecting their personalities as they grow up.

Though this teacher was eventually fired from the school, the district did not take any further actions to investigate or reach out to her students for further support. Unfortunately, this was only one of several instances in SCUSD where educators or students have used discriminatory language or performed racist acts like writing derogatory slurs on a vice principal’s parking spot at West Campus High School.

After observing these racist acts, the school district has finally taken action. A KCRA3 article describes how SCUSD has created one “race and equity liaison” position to not only look into those previous cases but to prevent future instances of discrimination, for the entire school district. They have appointed attorney Mark Harris, a local civil rights activist, to this role.

But how much will this really help? After all, those two students from Kit Carson International Academy only felt comfortable stepping forward after they graduated; they had not trusted the school officials enough to tell them before.

Because of that lack of support when it was most needed, I do not think students will want to confide in this “equity liaison” officer, nor do I think it will be successful in deterring actions of racism moving forward. Because of that, I support the opinion of Lorreen Pryor, the President and CEO of the Black Youth Leadership Project.

Pryor believes that “the root of the issue still needs to be addressed. She argues that there are no direct resources in tackling racism at schools.” I agree completely, as this liaison position is just another indirect attempt at combating an issue that would be more effectively addressed in a direct manner. Schools should introduce new programs such as those aimed at educating young children about racism and increasing new counseling services to help victims of discrimination.

In fact, many teachers in Sacramento schools also disagree with how little the district has done. SCUSD teacher Erin Leone reached out via email to the Sacramento Bee following Harris’ appointment in which she demanded that there be “demonstrable changes to address and disrupt the racist culture within the district.” She asserted that the Superintendent and his administration had mishandled racial incidents in the area.

Schools are expected to have distinct cultures of inclusivity and kindness. However, just as Leone stated, the reality is much grimmer with many schools having racist and discriminatory environments due to inaction by district officials. In order to sufficiently fix this atmosphere, a simple liaison position is not enough: more direct actions must be taken by the Sacramento County Unified School District.

15 thoughts on “Student Opinion: SCUSD’s New Way of Addressing Discrimination is Not Enough”