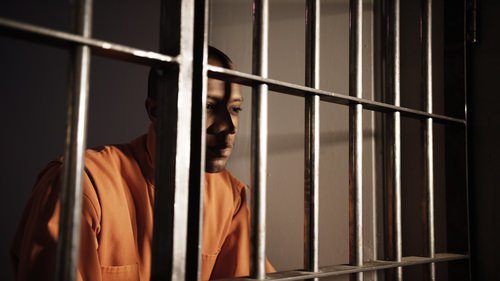 WASHINGTON, DC – Black men were sentenced to prison longer than white men despite committing the same crimes, according to a report released by the US Sentencing Commission.

The statistics in the report show that Black men received sentences 20.4 percent longer than white males who commit the same crimes. The report noted that the disparity in punishments was due to biases in the criminal justice system.

The Sentencing Project found cracks in the American criminal justice system that allow inherent biases of judges and prosecutors to influence the severity of charges and length of punishments for Black and Brown people compared to whites who commit the same crimes.

According to the organization’s report on Racial and Ethnic Disparity in State Prisons, “states have begun to chip away at mass incarceration. Nine states have lowered their prison population by 30 percent or more in recent years: Alaska, New Jersey, New York, Connecticut, Alabama, Rhode Island, Vermont, Hawaii, and California.”

The report further states that the decline has been accomplished through a mix of reforms to policy and practice that reduce prison admissions as well as lengths of stay in prison.

However, the U.S. still leads as one of the countries with the largest number of incarcerated people, including more than 1.2 million people held in state prisons around the country.

“Truly meaningful reforms to the criminal justice system cannot be accomplished without acknowledgement of its racist underpinnings,” notes The Sentencing Project’s report, adding, “Immediate and focused attention on the causes and consequences of racial disparities is required in order to eliminate them.”

Part of this reform that has been garnering increased attention has taken place in the state of Virginia, the report cites.

The Virginia State Crime Commission reports that Black males were found to receive sentences that were 50 percent longer than white males. A bill currently being considered in the Virginia General Assembly aims to give prisoners a second look at their sentences.

The measure, which has bipartisan support, would give imprisoned people a chance to ask the court to make changes to their sentence. Senate Bill 378, introduced by Sen. Chap Petersen, of Fairfax, would allow the incarcerated an opportunity to petition the court for re-sentencing under certain qualifications.

According to NBC 12, “Individuals who committed a crime at age 25 or younger and have served for 10 years could petition the court for a modified sentence. A person over the age of 26 at the time of the crime could petition the court if 15 years of the sentence was served. The incarcerated would need a record of good behavior to qualify. There would be a 90-day process to get back in front of a sentencing judge.”

According to Portsmouth Commonwealth Attorney Stephanie Morales, a local attorney, racism has been a part of the systems of power since they were created. Many of the individuals who hold these positions of power are not accountable for their actions.

“Our systems of power have been built on racism, and those who hold these positions of power are not accountable for their actions,” said Morales.

“We have system actors who are in positions of power like myself, prosecutors, judges, police officers, who won’t admit that, and largely that is a part of the problem,” Morales charged.