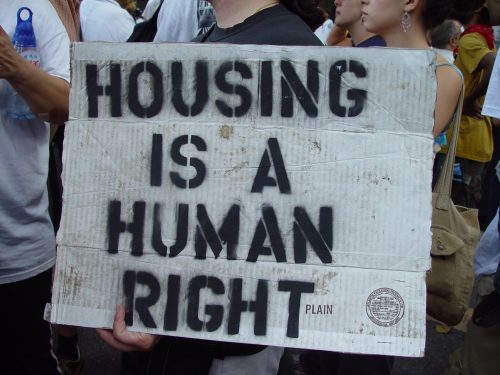 CALIFORNIA – On Feb. 7th, 2022, California Assembly Members Bryan (D-54) and Kalra (D-27) introduced AB 1816, which would require the Department of Housing and Community Development to create a Reentry Housing and Workforce Development Program. Ten days later, Assembly Member Jones-Sawyer (D-59) introduced AB 2383, which would make it a discriminatory practice for landlords to inquire about or require applicants to disclose their criminal records during the initial application assessment.

Both of these bills intend to decrease the prevalence of housing insecurity among formerly incarcerated people, especially as the state faces more prison closures. According to the Prison Policy Initiative, 570 out of every 10,000 formerly incarcerated people in the United States experience some form of housing insecurity, varying from sleeping on the streets to forms of marginal homelessness (i.e. staying in motels or rooming houses). This rate is nearly 10 times higher than that of the general population.

Without secure and stable housing, formerly incarcerated people have less access to physical and mental health care, job opportunities and stability, and educational programs, which can lead to higher rates of recidivism. In fact, studies in Cleveland and Chicago demonstrate that formerly incarcerated people who were able to obtain stable housing within the first month of release had lower rates of re-incarceration.

However, David Harding – a professor at the Department of Sociology at Berkeley who has extensively researched incarceration reentry – poses several concerns about the efficacy of AB 2383 in addressing housing insecurity, noting that “if the bill simply prevents landlords from asking about criminal records at the beginning but still allows them to ask about it at the end, will you even reduce discrimination that much?” He also wonders whether many landlords, “who are essentially like small businesses, will even know about and/or comply with those rules.”

Furthermore, Harding states that while discrimination from landlords towards formerly incarcerated people is a barrier to stable housing. “The bigger barriers are often more economic, such as having the resources to afford stable housing given both the lack of job prospects for people with criminal records and the challenges of coming out of prison with basically no material possessions whatsoever, and not having any money for a deposit or first month’s rent.”

Due to these economic barriers and the high cost of housing, formerly incarcerated people often seek either public housing or stay with family members. For the former, Public Housing Authorities have the power to deny housing to applicants with histories of “violent criminal activity, drug-related criminal activity, or criminal activity that may threaten the health, safety or peaceful enjoyment of the premises by other residents.” These prohibitions and policies  pose barriers for formerly incarcerated people to stay with family members living in public housing, which a significant portion of them rely on.

As a result of housing discrimination on the basis of criminal record, formerly incarcerated individuals end up shuffling between family members, friends, shelters, and outright homelessness.

Harding seems more optimistic about AB 1816’s potential to be a more comprehensive solution. The bill would require the Department of Housing and Community Development to “take specified actions to provide grants to applicants… for innovative or evidence-based housing, housing-based services, and employment interventions.”

He explains, “depending on how many people this bill reaches and how the programs are run, it does seem like it could have a big impact in giving people a foundation for when they leave prison and start rebuilding their lives by helping them find a stable place to live and get opportunities for job training for living wage jobs.”

Both AB 1816 and AB 2383 will face the Assembly Housing and Community Development Committee on March 23rd. If the bills pass this committee, they will likely face a fiscal committee, then the second house, before being signed by Governor Newsome. However, before any of this can proceed, the Committees and the House can make amendments to the bills.

While the fate of the bills remains uncertain, activists across California are urgently pushing for policies to quickly provide secure housing for re-entry. As the state continues to close prisons, an estimated 30,000 people will be released either early or on parole in the next five years.