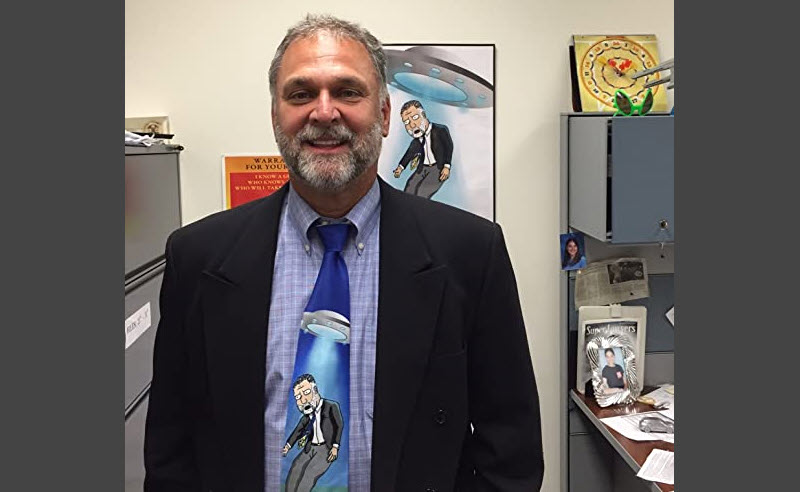 Marc Debbaudt, a retired LA line prosecutor who once served as president of the Los Angeles Association of Deputy District Attorneys (LAADDA), recently embarrassed himself on Facebook, as many Boomers are wont to do.

In a rant about an unnamed criminal case, he also asked, “Do you admire Blair for falling on her sword, I mean, banana to protect her meal ticket?”

To anyone but those who believe the only form of anti-Black racism is saying the n-word, this is ludicrous and racist.

That does not stop Debbaudt from trying to portray himself as the last sane man in a fallen city. Right after George Gascón was elected, he appeared on Tucker Carlson Tonight to have a meltdown about

Ironically, as an active prosecutor, he was so out of touch that Republican LA DA Steve Cooley shuffled the veteran prosecutor into an entry-level role, despite decades of experience.

A set of documents on PACER relating to One Unnamed Deputy District Attorney et al v. County of Los Angeles, a 2009 lawsuit filed by Debbaudt and others, tells the story best.

This case involved claims of retaliation from LA deputy prosecutors who were then high-ups in the LA Association of Deputy District Attorneys. Debbaudt, who was the vice president of the ADDA, claimed that he was moved to an entry-level spot in Pomona Juvenile Court, over 40 miles from his home, due to union activity.

However, in the initial complaint, the legal team representing Debbaudt and his compatriots pointed squarely to likely other reasons for the demotion.

Running against an incumbent judge, especially by using such a loaded claim, is not likely to make one a friend of that judge. It would have been one thing if Debbaudt won the race. But he didn’t, and he made himself and his cases potential targets of ire from the bench. Meanwhile, Judge Oki would go on to serve until he retired in 2019.

Second, in 2008, Debbaudt used the ADDA letterhead to lobby unions throughout the county, apparently “asking them to withhold support from Cooley’s 2008 campaign for re-election due to Cooley’s anti-union actions.”

Union or no union, one should logically expect to be crushed by his or her boss upon attempting to crush the boss. To dish the heat while being unable to take it is to be a crybaby.

Debbaudt is the very reason deputy prosecutor unions, which are incredibly rare in the US, should probably not exist in the first place. They have the same problems that police unions do, since they moved away from advocating primarily for fair wages and treatment to become involved in all matters of local politics.

Perhaps unions like the LAADDA are even worse, because police chiefs are appointed, rather than elected like DAs are. This combination of factors entices deputy prosecutors into declaring war on their bosses, instead of focusing on their jobs.

It is a story that is currently retelling itself, as DA Gascón’s current deputies have signed onto the recall of their boss. If they truly hate Gascón’s policies that much, maybe some of them should just run for LA District Attorney in 2024, instead of making the office less effective and efficient. Ultimately, justice should be what the people want.

Rory Fleming is a writer and an attorney