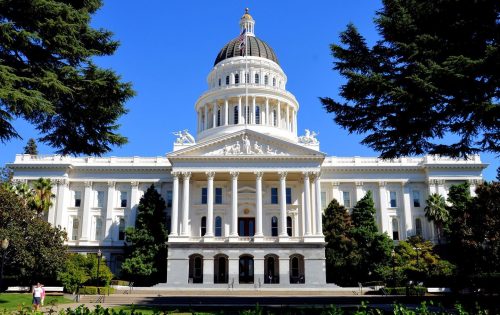 SACRAMENTO, CA — In an almost strategic move, multiple Republican Assembly members have introduced bills to overturn Prop. 47 a week before the next committee hearing on public safety.

According to the Los Angeles Public Defender website, Proposition 47 “made some non-violent property crimes, where the value does not exceed $950, into misdemeanors.” Furthermore, “it also made some simple drug possession offenses into misdemeanors.”

“As misdemeanors, they [offenders] can be prosecuted and punished with six months to a year in jail, fines or both, despite ridiculous claims by opponents that we’ve ‘decriminalized’ crime and that there are no longer any consequences for shoplifting or worse offenses,” writes the LA Times Editorial Board.

The passing of this proposition in 2014 has shown to shorten terms for possession of drugs and small property crimes.

Additionally, the reduction of these terms has shown to be less costly to the public, and allowed for the saving of half a billion dollars that has been “invested in health, behavioral and education programs that lift petty offenders out of the criminal cycle and into more responsible and healthy lives,” said the LA Times.

Despite this, Prop. 47 poses a threat to prosecutors who use longer sentences as a measure of success and even politicians who use “rising” numbers in crime as a platform for their campaigns.

“Republicans especially, but some Democrats, too, have blamed a host of violent offenses on Proposition 47, even though the measure has nothing to do with such crimes,” writes the LA Times.

The most recent attempt to connect Prop. 47 with negative outcomes is to apply it to the recent string of smash and grab thefts, many of which have occurred in San Francisco this last year.

However, those that committed these retail crimes are not those that Prop. 47 seeks to help. Not only was the monetary damage that accumulated beyond the limits of Prop. 47, these were active armed robberies: a felony not included in the proposition.

“California’s $950 dividing line between petty theft (misdemeanor) and grand theft (felony) is one of the lowest among states,” writes LA Times.

“Yet two of the bills in the Public Safety Committee this week would drive California’s felony threshold back down to $400, where it was in the 1980s, so we can once again send more petty thieves and drug addicts to state prison for more years and give up the savings that fund the programs that actually reduce recidivism,” the Times argued.

In contrast to LA Times’ view, a recent poll conducted by the  UC Berkeley Institute of Governmental Studies and co-sponsored by the Los Angeles Times saw that voters across the political spectrum support changing the law.

“It’s not just an issue where conservatives and Republicans are chiming in,” Mark DiCamillo, director of the poll said. Across the board, he noted, rise in crime is a critical issue to voters, and the push to attribute it to Proposition 47 has furthered the divide between those supporting and opposing it.