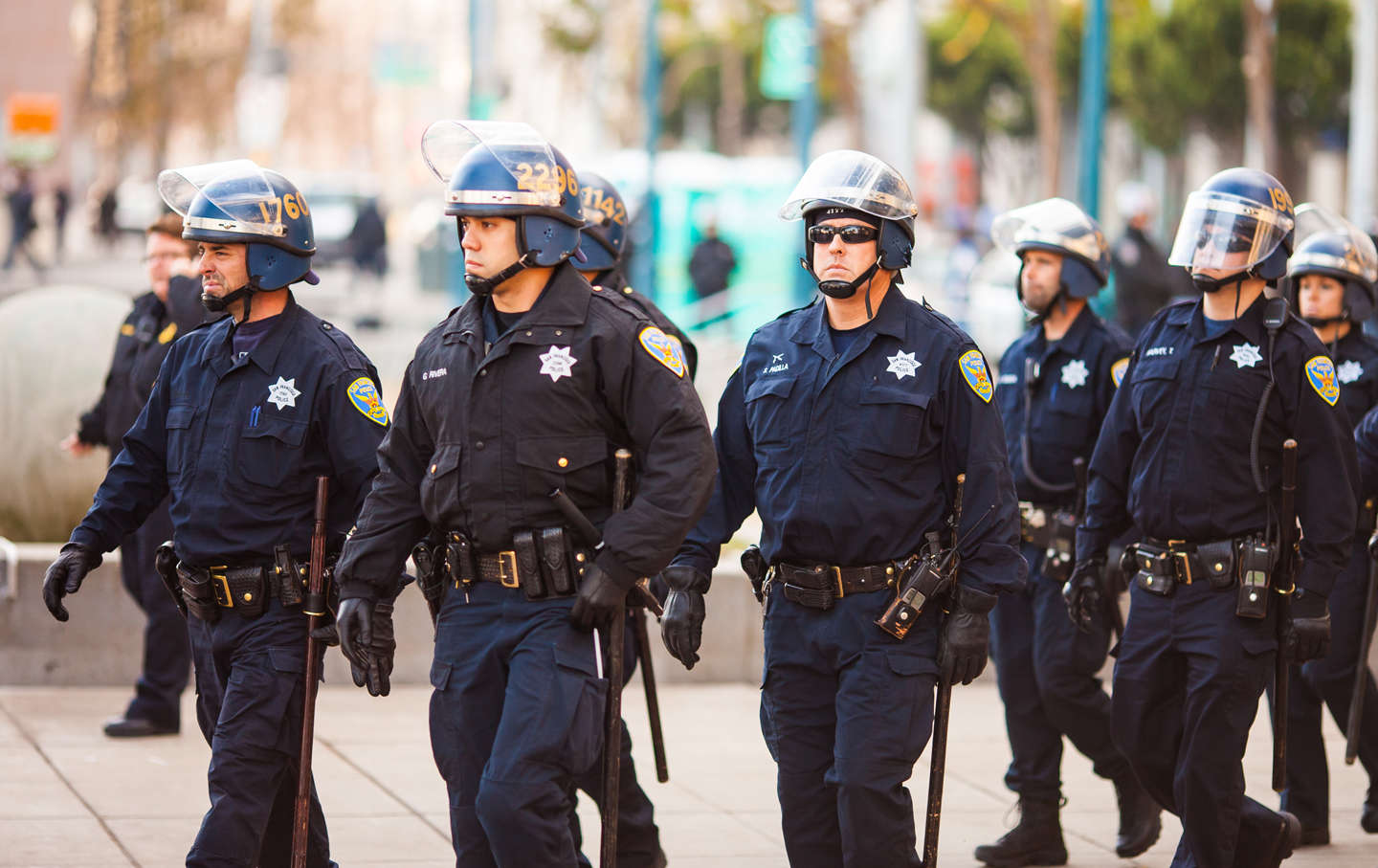 San Francisco, CA – Opponents of the SF District Attorney have attempted to put the blame on Chesa Boudin for many of the perceived problems of crime, but recent information has found that the San Francisco police—who have been on the forefront of the efforts to remove the DA since before he was even elected—may be a much larger part of the problem.

A new publication released on Tuesday by the Center on Juvenile and Criminal Justice reforms examines performance trends within the SFPD and finds that San Francisco spends more and gets less from their police department than most major cities in the state.

“At an annual cost of about $704 per resident, the SFPD remains a disturbing outlier among police agencies across the state. The SFPD solves fewer crimes compared to other large California cities while arresting Black people with the widest racial disparities of any jurisdiction evaluated statewide,” the report found.

Moreover, “The SFPD has a history of mismanagement, wasteful spending, disproportionate policing of communities of color, and lack of transparency.”

Further, “The SFPD consistently has the worst statistical reporting of any California law enforcement agency, large or small. In particular, the SFPD does not specify an offense in most youth arrests and wholly fails to specify Latino ethnicity among arrestees, which masks information about who is coming into contact with police and why.” 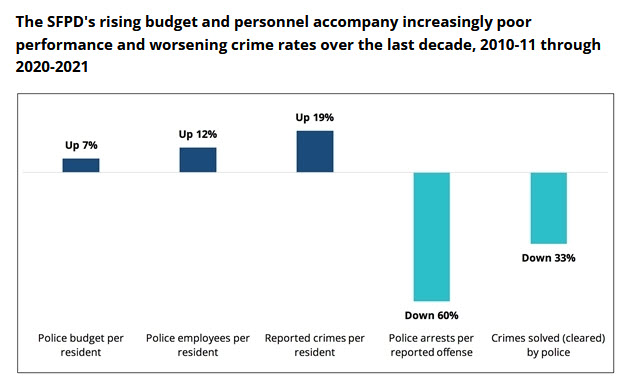 Among the key findings:

“The San Francisco Police Department (SFPD) remains a liability to the city and a disturbing outlier among California police agencies. The department expends substantial resources while failing to hold itself accountable for vastly disproportionate arrests of Black people, 1 plummeting crime-solving efficiency, and uniquely deficient data reporting,” the report finds.

In addition to solving far fewer crimes despite larger staffing per capita than other major city, the report finds, “The department also greatly over-arrests Black people, refuses to record the ethnicity of Latino arrestees, and flagrantly omits offense descriptions for a substantial share of arrests.”

The report continues: “The SFPD’s low rate of clearing violent crimes compared to other police departments is especially worrisome.”

It finds, “San Francisco’s reported rate of Part I ‘index’ offenses (the four violent and three property felonies used as a standard measure of crime) is by far the highest of any major California city, yet SFPD arrests have dropped 41 percent by number and 60 percent per reported offense during this period.”

They did this despite the fact that SFPD in 2019 had the highest number of police officers per city resident compared to the other five major cities, and lagged only behind Los Angeles in per resident spending for police.

A few years ago it was reported that the jail population in San Francisco was 55 percent Black despite the fact that Blacks represented just six percent of the population.

The report found a major reason for that was arrest rates.

The report found “the SFPD persists in its 20-year practice of arresting Black people compared to non-Black people at the widest disparities of any jurisdiction we have evaluated, large, small, or statewide.”

In 2016, the US DOJ released its Collaborative Reform Initiative report in response to several high-profile incidents of SFPD misconduct and abuse.  There were a series of high profile incidents ranging from the text messages that were racist sent by police officers on duty and a number of questionable and unjustified shootings.

“The report narrowly focused on ‘use of force’ by officers, particularly racial disparities in traffic stops, and related impacts on police-community relations,” CJCJ writes. “However, the report failed to examine larger issues in San Francisco policing.

“These issues include the vastly disproportionate arrests of Black people compared to those of other races and the department’s failure to produce usable crime statistics sufficient to analyze its practices. The report’s analysis of SFPD traffic stops understates the severe impacts on the city’s Black residents.”

CJCJ further finds that the DOJ under President Trump “exacerbated these limitations by defaulting on further action.”

While AG Xavier Becerra took over some of these efforts and reached an agreement with the city in 2018 on several reforms, “[a]s the present analysis indicates, San Francisco has fallen short of its officially stated ‘commitment to transform the San Francisco Police Department into a model of transparency and accountability’ voiced by former San Francisco Mayor Mark Farrell.”

The report’s recommendations “for improving police relations with Black communities remain difficult to envision as long as the SFPD continues to arrest a number of Black people equal to the entire Black population of the city every 87 months.”