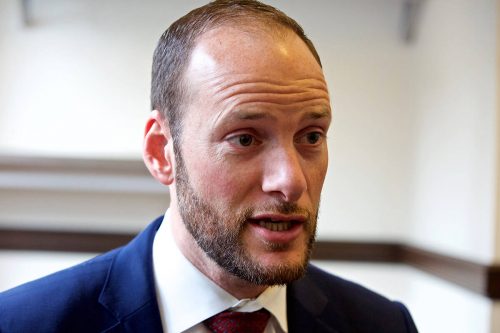 San Francisco–On Feb. 2, San Francisco Police Chief Bill Scott sent a letter to District Attorney Chesa Boudin to withdraw from their agreement, or Memorandum of Understanding (MOU), on the procedures for investigating police shootings and misconduct.

The MOU, devised by former SF DA George Gascón and put into effect on May 4 of 2019, required the independent investigation of all police shootings, in-custody deaths, and other use-of-force incidents. In addition, SFPD is required to notify prosecutors after the occurrence of any of these incidents, after which the DA then becomes the lead investigator. Last July, Chief Scott and DA Boudin renewed this agreement.

In his withdrawal letter, Chief Scott cited the reason for the withdrawal as the DA’s Office’s “ongoing practice of investigations against SFPD officers that includes withholding and concealing information and evidence the SFPD is entitled to have to further ancillary criminal investigations in accordance with the MOU.”

The allegations of withholding evidence came from Magen Hayashi, an investigator for the DA. Hayashi testified in a hearing late January that she was instructed by higher-ups to omit evidence in a case where SFPD Officer Terrance Stangel allegedly beat Dacari Spiers with a baton at Fisherman’s Wharf in 2019 while responding to a domestic violence call. Spiers suffered a broken wrist, broken leg, and lacerations to his leg.

In response to this incident, the DA’s office charged Stangel with four felonies, which include battery, assault likely to cause great bodily injury, assault with a deadly weapon, and assault under color of authority.

Beginning earlier this month, Stangel’s trial is the first-ever criminal trial of an on-duty SFPD officer for unlawful use of force. This context, along with the fatal shooting by SFPD officers of a man carrying two airsoft guns about a week before Scott’s letter was released, raised doubts about the true reason behind the SFPD’s withdrawal among activists and supporters of Boudin. Rachel Marshall, a policy advisor and the director of communications for the DA’s office noted that the withdrawal followed “a string of fatal shootings by SFPD officers” and  tweeted,

“It is disappointing but no coincidence that SFPD chose to withdraw from this agreement during the first-ever trial against an on-duty San Francisco police officer for an unlawful beating.”

Along with these doubts, San Francisco Superior Court Judge Teresa Caffese stated that there was no record of “any suppression of evidence” that either “affects how the defense is going to proceed” or “is relevant in this trial.” In fact, the evidence would have been addressed at the trial regardless, as the police were already aware of it.

In addition, Boudin has since addressed the other issues in Scott’s letter as instances that occurred before the start of his term as DA in January 2020.

Meanwhile, supporters of the effort to recall Boudin have spoken out against the DA’s alleged actions. Safer SF without Boudin, the official campaign of the recall, tweeted in response to Scott’s letter, “[Boudin] has ruined the integrity of the process and has reversed the progressive movement.”

SFPD’s withdrawal from the agreement has alarmed many criminal justice activists. Yoel Haile, the program director for criminal justice at the ACLU of Northern California expressed that this termination “will take us back to the days when the police beat or killed people, most often Black and brown people, only to investigate themselves and declare that nothing was done wrong.”

These sentiments echo the Department of Justice’s findings in a 2016 probe of SFPD, which found a general failure of SFPD to investigate police shooting incidents in a timely and adequate manner among other findings of racially discriminatory stops and searches, lack of officer accountability, and low transparency on officer discipline.

As the expiration date of the agreement approaches, Attorney General Rob Bonta, along with Mayor London Breed and City Attorney David Chiu of SF, have offered to assist in renegotiations of the agreement. Scott also announced to the SF Police Commission last Wednesday that an interim agreement is in the works.

Patty Yao is a student at the University of California, Berkeley.