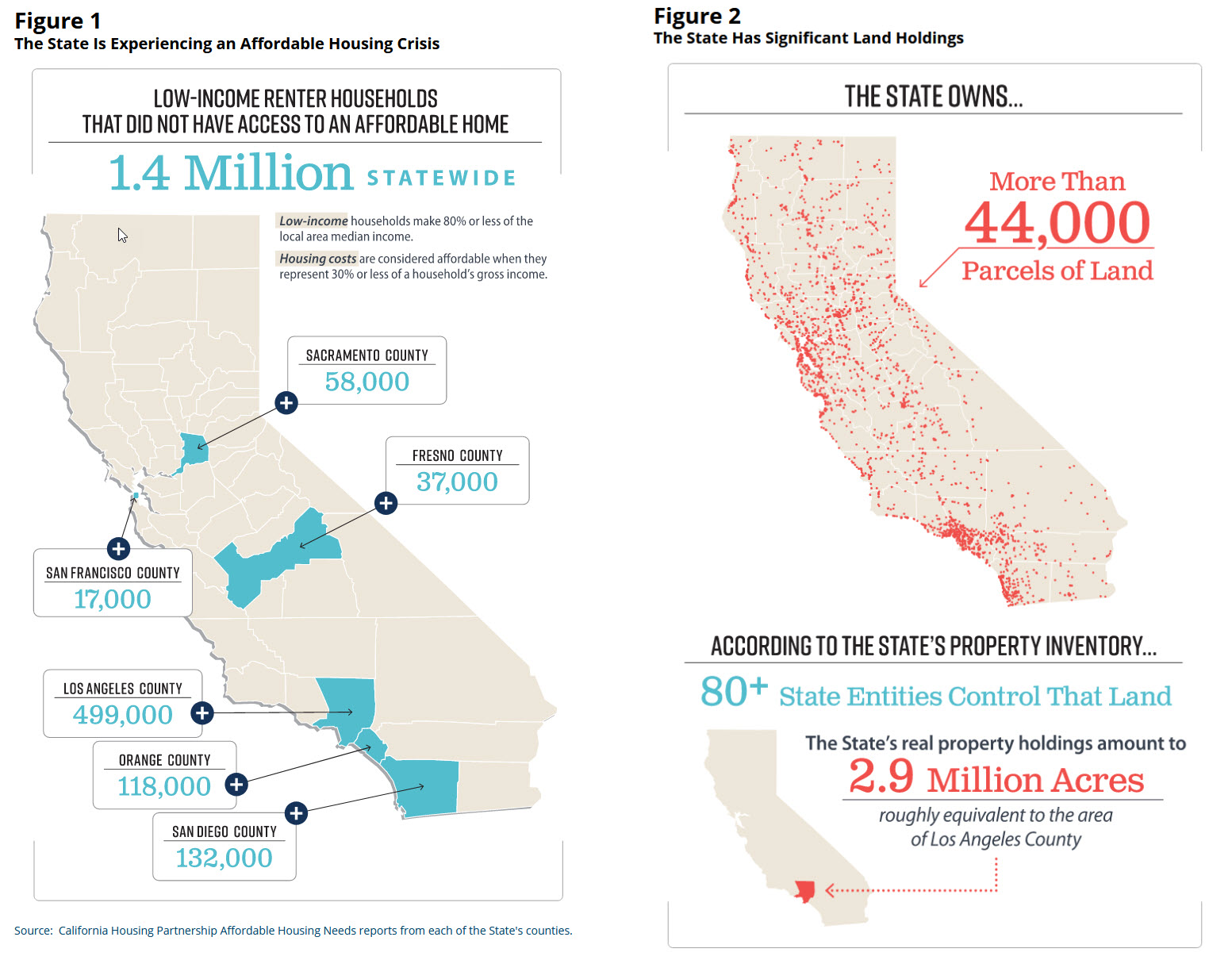 Sacramento, CA – A state audit report found that the state has failed to act effectively to produce affordable housing necessary to alleviate the state’s housing crisis.

“The rapid creation of affordable housing is critical because more than 1.4 million low-income California renter households lack access to affordable housing,” Tilden wrote in a letter Tuesday to the governor and other state leaders.

Acting State Auditor Michael Tilden in a letter this week to the Governor and leaders of the legislature wrote, “Although we found that the executive order has proven effective in its intent, and we estimate that it could ultimately make way for more than 32,000 housing units, our evidence shows that DGS could accelerate the process by which it makes properties available.”

Specifically the audit found, “Of the 92 properties DGS plans to release for long-term leases and development as affordable housing, it has only done so with 19 of those

Further, they note, “The department anticipates that it will take seven years to make the remaining 73 properties available, but the addition of just one staff member could reduce that time by more than two years.”

In 2019, Governor Newsom signed an executive order that prioridized the use of excess state-owned land to support the development of affordable housing.

The executive order required DGS to conduct a rapid and comprehensive survey of all state-owned land to identify properties not currently needed by the State and offer for long-term lease those properties suitable for affordable housing development.

DGS has since identified 92 properties suitable for affordable housing that it plans to offer for development.

“The executive order required DGS to complete a comprehensive review of state property in 2019, but it did not set a requirement for additional periodic assessments,” Tilden wrote.  “Therefore, without changes to state law, California may lose this focus on affordable housing creation. Amending state law to incorporate the benefits of the executive order would facilitate the identification of additional excess state property and the ultimate creation of more affordable housing.”

The audit found, “The State’s need for affordable housing is significantly outpacing its production, which is negatively affecting Californians.”

Both agencies involved DGS and HCD agreed with the findings by the auditor.

Department of Housing and Community Development (HCD) issued a statement on Tuesday acknowledging that is “committed to maximizing opportunities for all Californians to have a stable, affordable place to call home.”

“In that work, the HCD and DGS team has created a development pipeline of more than 3,000 homes in less than three years since the first property was made available, and at least 2,000 more homes are anticipated from its current open solicitations,” the statement said.