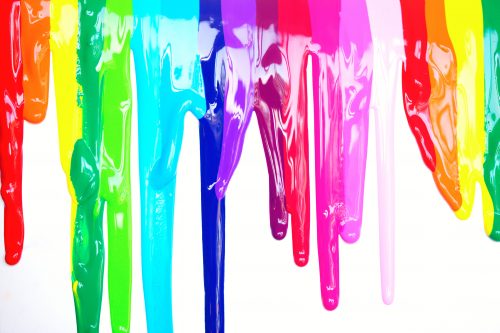 The red states of Texas and Florida led by Governors Greg Abbott and Ron DeSantis are supporters of  “freedom,” so why are they supporting laws targeting LGBTQ+ youth? Texas is attempting to classify gender-affirming care as child abuse through legistation that involves severe punishments for families and professionals providing such care. Both Abbott and Texas Attorney General Ken Paxton have made it clear they are willing to investigate cases of transgender children receiving vital care. As for Florida, the state’s Senate has passed the Parental Rights in Education bill, which forbids the learning of LGBTQ+ topics considered age-inappropriate for children in primary grades K-3. Describing themes within the LGBTQ+ community as “inappropriate” makes their history appear wrong or invaild. Both bills serve as blatant discrimination against LGBTQ+ residents of these states and should not be enacted.

Abbott has endorsed claims that parents of trans children are hurting their kids by seeking the care that allows them to express their identity. The governor also proposed that people report such “abuse” to the Texas Department of Family and Protective Services (DFPS). In a report by Sara Willa Ernst for Houston Public Media, it says Abbott wrote to DFPS in a directive about “a requirement to report abuse among all licensed professionals in Texas.” Because of this requirement, a decision regarding gender-affirming care typically made between a child and their parents is being criminalized by officials, strongly dismissing the child’s identity and healthcare needs. Furthermore, the report declares, ”Abbott said licensed professionals like teachers are mandatory reporters of child abuse.” This is true in child abuse cases, but the gender-affirmming care is not child abuse. This argument further encourages discrimination against transgender children in school and forces them to not only worry about the bullying they face, but also whether their teachers support their identity.

Jackie Anderson, president of Houston Federation of Teachers, states, “We are supposed to snitch on parents who are seeking medical and emotional assistance for their kids…really?” This bill that represents the discrimtive rhetoric of conservative officials in Texas is anti-transgender, and they cannot argue otherwise. If they supported the transgender community, they would make it easier for children to receive such care.

Another controversial anti-LGBTQ+ bill is Florida’s Parental Rights in Education bill, which prohibits the teaching of some LGBTQ+ rights topics in public schools for primary grade students. The bill is also known as the “Don’t Say Gay” bill by opposers, and has been publicly denounced by President Biden who stated: “I want every member of the LGBTQI+ community especially kids impacted by the hateful bill…I have your back.”Biden’s response is completely different from Florida Governor DeSantis who claims that “it is entirely inappropriate for teachers to be having conversations with students about gender identity.” DeSantis never clearly stated that he would enact the bill but his statement implies he does not disagree with the censoring of such education. By instituting such a bill in schools, parents are given more power to influence the learning of their child, so if an educator touches upon a topic not aligned with parents’ values then they can exercise legal action.

From what I can recall of my primary education, I never learned about LGBTQ+ topics. But now that I’m older, I wish I had more exposure to those topics at a young age. Some topics in LGBTQ+ history may be intense for primary grade students to learn about but it is important that the community has a place in classrooms. Topics like the Stonewall Riots or the AIDS epidemic are too complex for primary children to understand, but the people involved in such movements are important to learn about for future lessons. In my opinion, awareness of the differences in our community is extremely beneficial because it helps alleviate tensions formed from stereotypes. The message this law is sending is that the LGBTQ+ community is not allowed a voice, and it disregards their struggles. It aims to silence them.

The acts presented by Governors Greg Abbott and Ron DeSantis reveal the true bias within their ruling beliefs: they will support censorship and silencing others, in this case the most vulnerable within the LGBTQ+ community.