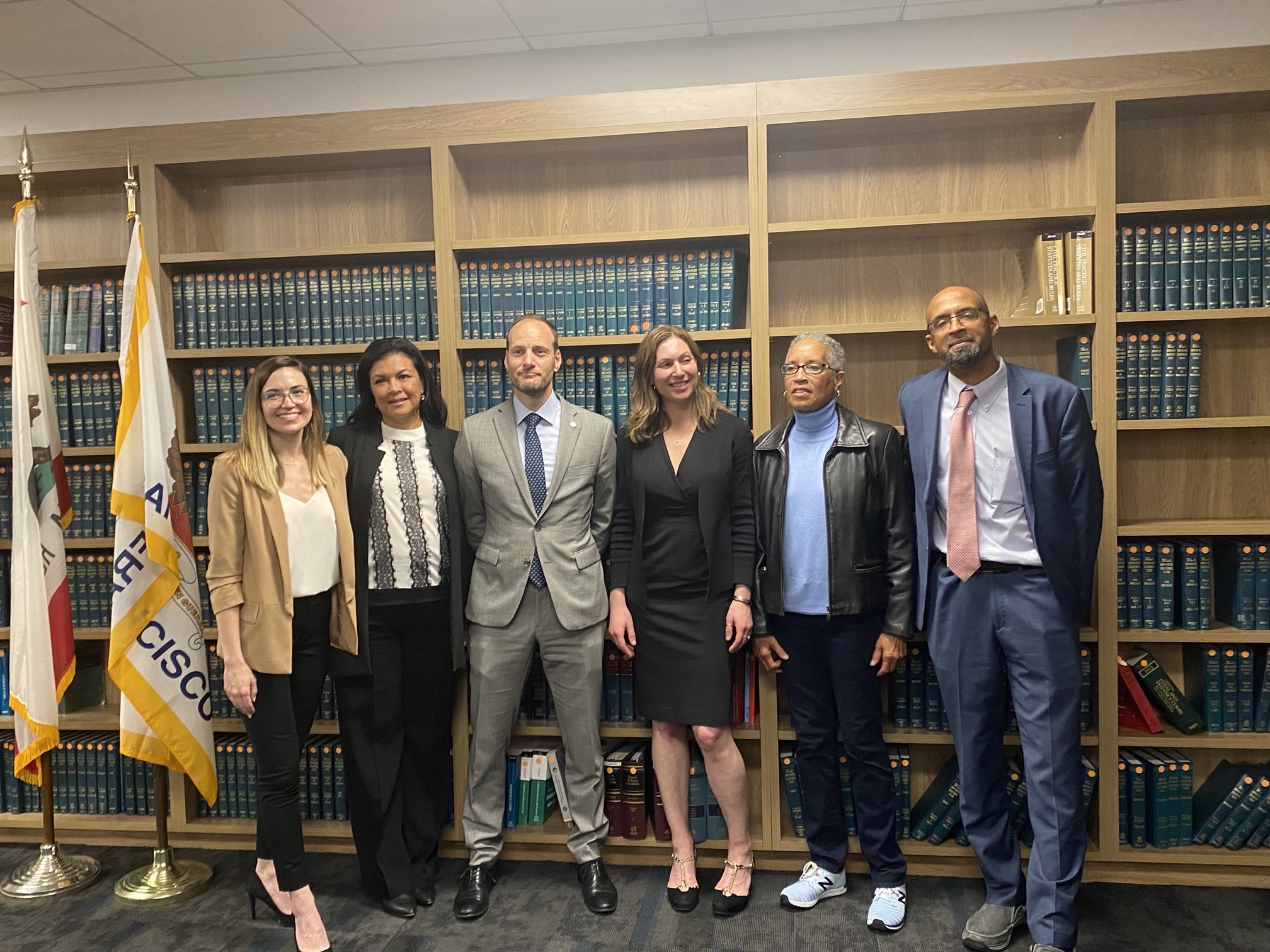 SAN FRANCISCO, CA – A man who spent more than 30 years in prison for what turned out to be a bad conviction was exonerated and order freed on the order of San Francisco District Attorney Chesa Boudin Tuesday.

After a four-month “extensive review and investigation” by the San Francisco District Attorney’s Innocence Commission, Boudin announced the release of Joaquin Ciria for the killing of Felix Bastarrica in 1990.

The 61-year-old Ciria, who maintained his innocence for 32 years, was convicted primarily, said the DA, on the “false testimony” of another man, and was the first case reviewed by the Innocence Commission—the court vacated his conviction and the District Attorney’s Office dismissed the case against him.

“Our office is proud of and grateful for the work of the Innocence Commission in rectifying the wrongful conviction of Mr. Ciria,” said District Attorney Boudin. “Wrongful convictions continue to plague our justice system at great cost to the families, victims, and accused persons whose lives are devastated when the wrong person is convicted of a crime.”

Boudin added, “Prosecutors have a duty to promote justice and correct injustices. Mr. Ciria spent more than 30 years in prison for a crime he did not commit.  Although we cannot give him back the decades of his life lost we are thankful that the court has corrected this miscarriage of justice.”

In 1991, explained the DA’s Commission, Ciria was convicted of the 1990 shooting death of Bastarrica. “Though no physical evidence linked Mr. Ciria to the crime…San Francisco police inspectors zeroed in on Mr. Ciria as the shooter based on rumors on the street and statements of the getaway driver, George Varela.”

The Commission said its probe discovered that, although three so-called “eyewitnesses” identified Ciria as the late night shooter, their views were “compromised” by bad lighting and distance.

And the key ID was made by a man who knew Ciria, and swore—after he was given total immunity—he drove Ciria to and from the murder. The teen, according to the Commission, was threatened with charges by police who exerted “extreme pressure” on him.

At trial, the jury “heard no evidence of an alternate suspect, and no evidence that Mr. Ciria had an alibi, though two alibi witnesses were available and willing to testify,” asserted the Commission, which said it discovered the “victim’s best friend (who) knew all the parties involved…also witnessed the shooting and identified another person as the shooter.  That witness had not testified at trial.”

The Commission added, “Other witnesses confirmed details that corroborate the account of this new eyewitness, including the descriptions of the shooter initially provided by the stranger eyewitnesses, which more closely match the alternate suspect and do not match Mr. Ciria.”

Boudin’s office said that if the case were tried now, “the jury would also hear from two witnesses close to Mr. Varela—one, his sister, the other, a close family friend—who say that Mr. Varela has since admitted to them that Mr. Ciria was not the shooter and that Mr. Varela testified falsely at trial.  Finally, a jury today would hear from two alibi witnesses who can account for Mr. Ciria’s whereabouts at the time of the crime and who have maintained his innocence for more than 30 years.”

“When a conviction is a perversion of justice because it deprives an innocent person of his freedom while robbing the victim and his family of justice, the District Attorney has a duty to correct that intolerable violation,” said Lara Bazelon, the Chair of the San Francisco District Attorney’s Office’s Innocence Commission.

“The Innocence Commission members are proud to have been able to assist San Francisco District Attorney Chesa Boudin in carrying out that all-important mission, and we wish Mr. Ciria and his family all the best as they move forward with their lives,” Bazelon added.

Bazelon noted the Commission interviewed key witnesses, examined SF Police Dept. files, the DA’s file and trial record. And after that, the Commission “unanimously agreed that key evidence presented at trial in support of Mr. Ciria’s conviction was not credible, that Mr. Ciria had presented new evidence that would have more likely than not changed the outcome at trial, and that this new evidence was of such decisive force and value that it undermined the entire prosecution case and pointed unerringly to Mr. Ciria’s innocence.”

Boudin said he personally reviewed the “cumulative weight of the newly discovered evidence (and that it) undermines the prosecution’s case and that Mr. Ciria is factually innocent.

The case was presented to the court on behalf of the District Attorney and the Innocence Commission by Arcelia Hurtado, Chief of the Post Conviction Unit at the San Francisco District Attorney’s Office, and on behalf of Mr. Ciria by Paige Kaneb and Melissa O’Connell of the Northern California Innocence Project and by attorney Ellen Eggers.

Tuesday, the court vacated Ciria’s conviction, said the DA Office, “relying heavily on the strength of the Innocence Commission’s expert witness, Dr. Mitchell Eisen; the newly discovered evidence of the testimony of Roberto Saccoro before the Commission members; and the live testimony the court took of the two witnesses who said that Mr. Varela lied.”

“Studies on the causes of wrongful convictions demonstrate that key contributing factors include mistaken eyewitness identification, false testimony, and official misconduct.  All three of those factors were present in Mr. Ciria’s case and led to his wrongful conviction in this case.  Mr. Ciria will be added to the National Registry of Exonerations.

Paige Kaneb, Supervising Attorney at the Northern California Innocence Project, who represented Ciria, said “Joaquin highlights the indominable nature of the human spirit—32 years were stolen from him and yet he has kept his big heart and easy smile and is full of joy as he looks forward to starting his life again.”

“Joaquin’s case highlights so many issues with our system, including how long it takes to undo a wrongful conviction, the problems with using incentivized testimony, the unreliability of cross-racial identifications, and the ways people of color aren’t afforded the presumption of innocence,”  Kaneb added.

The DA’s Office said state legislation is “modeled” on the DA’s Innocence Commission, a “first-in-the-nation approach to fulfilling the district attorney’s duty to rectify wrongful convictions.  Though a growing number of district attorney’s offices across the county and in California have formed Conviction Integrity or Conviction Review Units with the intention of re-examining questionable convictions.”

The office adds that “post-conviction cases, like Mr. Ciria’s, where an incarcerated person alleges that they have been wrongfully convicted can take years to investigate and litigate through the traditional adversarial process.  By contrast, the Innocence Commission’s independence from the district attorney’s office, along with its collaborative investigative model, and reliance on the pro bono service of Commission members—each of whom represents a key perspective in the criminal legal system—allows the Commission to efficiently and fairly review claims of wrongful conviction on behalf of the district attorney.”