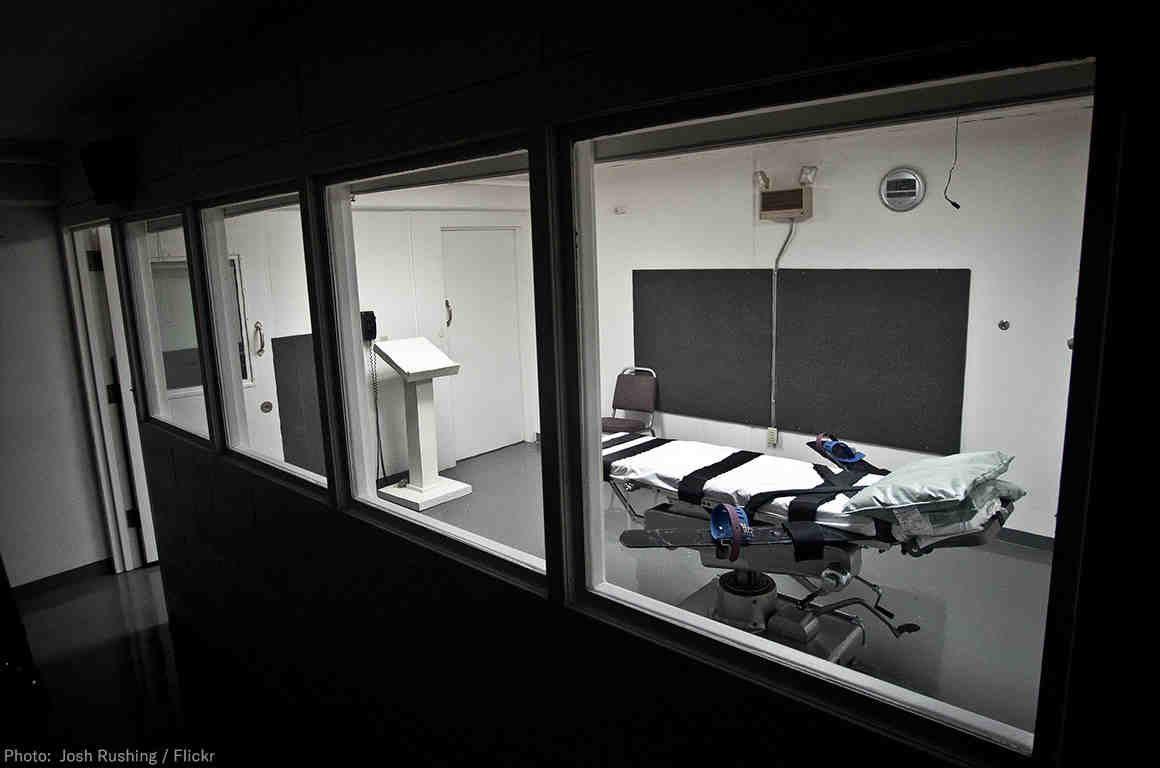 PHOENIX, AZ – An attorney for Arizona death row prisoner Clarence Dixon criticized an Arizona Supreme Court decision to set May 11 as the execution date for the disabled man, who the attorney maintains has “severe mental illness.”

Dixon “suffers from serious mental illness as well as significant physical disabilities, including blindness. Despite the fact that the State of Arizona has yet to provide any evidence that it can reliably determine the beyond-use date of its execution drugs, today the Arizona Supreme Court set Mr. Dixon’s execution for May, 11, 2022,” said Jennifer Moreno, one of Dixon’s attorneys

“Arizona has a history of problematic executions and has not executed anyone since the horrifically mishandled execution of Joseph Wood in 2014. The State has had nearly a year to demonstrate that it will not be carrying out executions with expired drugs but has failed to do so. Under these circumstances, the execution of Mr. Dixon — a severely mentally ill, visually disabled, and physically frail member of the Navajo Nation — is unconscionable,” added Moreno.

Dixon is a member of the Navajo Nation, and “grew up on a reservation in a home rife with trauma, dominated by his painkiller-addicted father’s vicious physical and emotional abuse of Dixon, his six siblings, and their mother,” according to his supporters.

They added, “As a child, he also suffered from chronic neglect in a setting where he ate dog food as nourishment, and, at age 12, was left to walk several miles alone to a local hospital in order to be flown to Phoenix for critical heart surgery to correct a congenital heart defect with which he still suffers.”

His attorneys said Dixon has, for decades, struggled with severe mental illness. Starting at a young age, he experienced severe depression and suicidal ideations. At the time of the crime, he was a student at Arizona State University and was later forced to withdraw due to his declining mental health.

“The Maricopa County Attorney’s Office failed to commence civil commitment proceedings as directed by then-Judge O’Connor and Mr. Dixon was released into the community without any supervision, treatment, or mental health services. The crime for which he was sentenced to death occurred just two days later,” they added.

During his capital trial, Dixon represented himself after he, said lawyers, “senselessly fired his court-appointed attorneys because they would not raise meritless claims based on psychotically driven delusions that the evidence against him was obtained unlawfully.

“While ineffectively representing himself, Mr. Dixon was convicted and sentenced to death. The jury never knew that Mr. Dixon was legally insane at the time of the crime and did not hear critically important mitigating evidence about Mr. Dixon’s traumatic and abusive upbringing and lifelong history of severe mental illness,”  his legal team said.

Reportedly, Dixon’s mental and physical health have continued to deteriorate during his time on death row. He is now blind, extremely frail, and experiences a number of debilitating health conditions and suffers from paranoid schizophrenia, a severe mental illness expressed in delusional thinking and auditory and visual hallucinations, and he periodically experiences episodes during which he loses connection to reality.

Lawyers for Dixon provided this synopsis and criticism of the death penalty in Arizona:

– In 2002, Ray Krone was exonerated after new DNA evidence undermined his conviction based on discredited bite mark evidence.

– In 1992, John Henry Knapp was removed from death row due to the state’s faulty arson investigation.

– In 2005, Clarence Hill was released from death row after new DNA evidence overturned his sentence.

-In 2008, Bobby Tankersley was removed from death row due to the unreliable testimony of a forensic dentist.

Death Penalty Not a Deterrent

– In support of his Eighth Amendment challenge, the petitioner points to empirical evidence about Arizona’s capital sentence system that suggests about 98% of first-degree murder defendants in Arizona were eligible for the death penalty. That evidence is unrebutted. It points to a possible constitutional problem. And it was assumed to be true by the state courts below. Evidence of this kind warrants careful attention and evaluation.