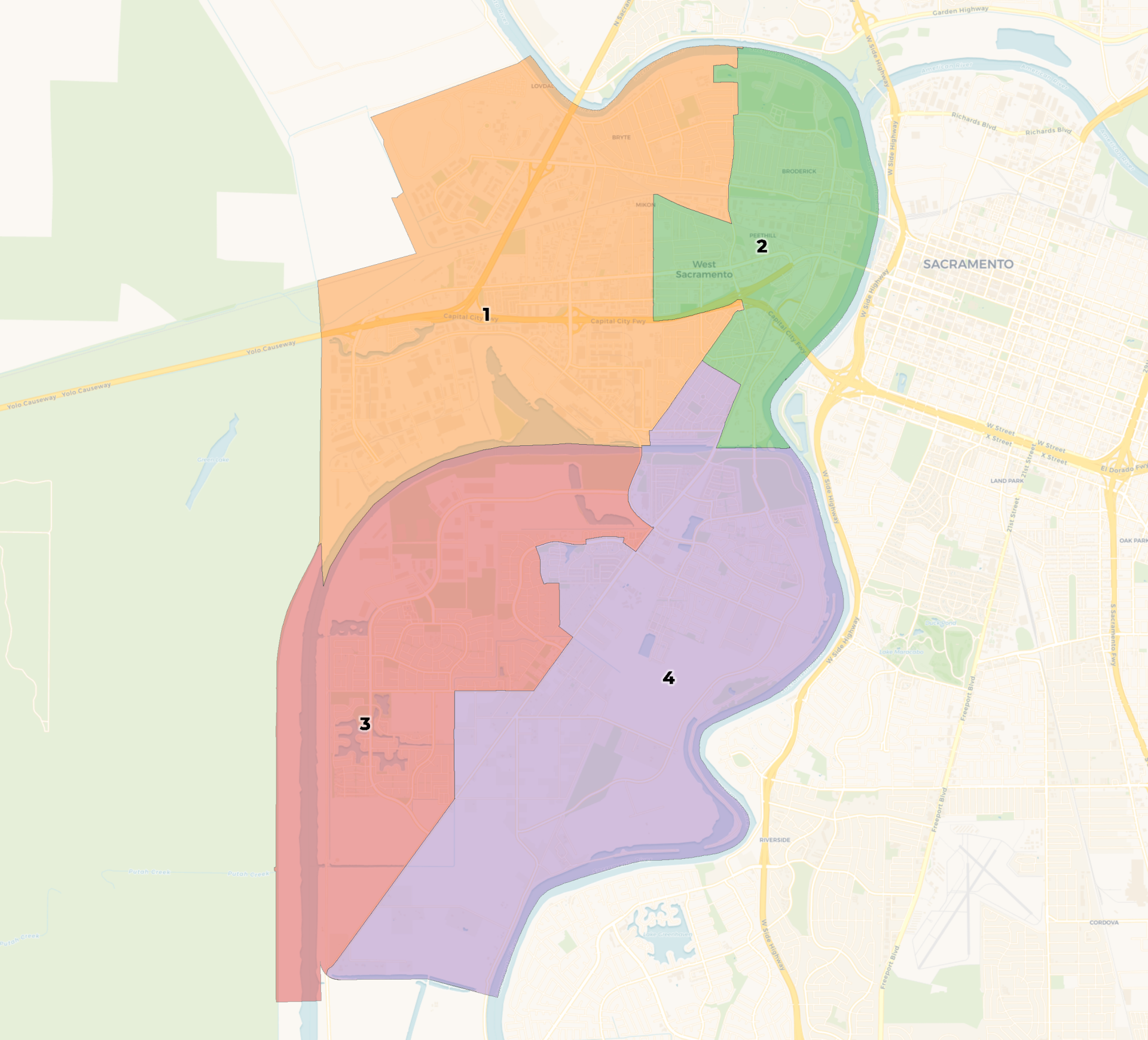 Undisputable data shows Map 4a discriminates against poor people but even more blatantly discriminates against Latinos and African Americans who are most concentrated in Broderick/Bryte. The city council is turning the CVRA (California Voting Rights Act) on its head. Map 4a splits a Latino/Black minority area in much the same way governor De Santis split a Black district in Florida so they could not elect a candidate of their choice. The whole reason for the CVRA lawsuit was to use the CVRA to create a remedial district for the historically underserved and marginalized Broderick/Bryte community North of Sacramento Avenue. Instead, the city (Orozco, Ledesma, and Daunte) chose a map that will prevent the poor Latino/Black areas from ever electing anyone.

Splitting Broderick from Bryte virtually guarantees that Broderick will be unable to elect a city council representative of their choice. The demographic maps of the city show that Broderick has very different problems than the affluent Bridge district. Broderick has a concentration of Spanish speakers, unemployed, and a myriad of social problems. Given the difference in registered voters, Broderick would have to vote in much higher numbers than the Bridge District in order to have any chance of winning. However, the data shows that voters from poor neighborhoods do not vote in higher percentages than middle class neighborhoods. Moreover, Map 4a dilutes the Latino vote in Broderick which is 33% Latino by grouping it with areas only 25 % Latino and with which it has far less community of interest.

Map 4a is also unfair to Bryte. Bryte has 35% Latino voters, but it is districted with more affluent areas south of Bryte that have a much lower Latino voter percentage of 25% Latino and does not share a community of interest with Bryte. Map 4a intentionally dilutes the Latino minority in Bryte vote so they can never elect a candidate of their choice either. The city council is turning the CVRA on its head.

The stated public policy reason for the CVRA is to prohibit “the use of an at-large election in a political subdivision if it would impair the ability of a protected class, as defined, to elect candidates of its choice or otherwise influence the outcome of an election.”  There is a community of interest between Broderick/Bryte that does not exist with the more affluent areas South of the Freeway with which Broderick/Bryte have been grouped. The CVRA requires a court to implement “appropriate remedies,” including the imposition of district-based elections, that are tailored to remedy a violation of the act.