Sacramento, CA – Supporters are bracing for rougher sailing for a bill that has picked up additional opposition but needs a two-thirds vote in both houses to pass—but, at least on Wednesday, SB 300 by Senator Dave Cortese cleared a key hurdle, advancing through the Assembly Public Safety Committee.

Senator Cortese, during a press conference prior to the Committee hearing, explained that the bill was meant to reform previous

state statutes that are severely outdated and unjust.

“When this doctrine is largely done away with in other states and other parts of the world, it begs the question of who these laws are really impacting here in our state,” says Senator Cortese. “Life in prison without the possibility of parole for a crime you did not commit or intended to commit is a sentence no one deserves, but it is one being disproportionately served to Black and Latinx communities in California, particularly our young people.”

Presented as, “A modest reform to an extreme injustice,” SB 300 will address California’s unjust “felony murder special circumstance” law by allowing for a sentence other than the death penalty or LWOP for a person who did not kill anyone, nor intend for anyone to die.

This bill restores judicial discretion to impose a sentence other than death or LWOP when a judge rules that it serves the interest of justice in a case where a special circumstance is charged. 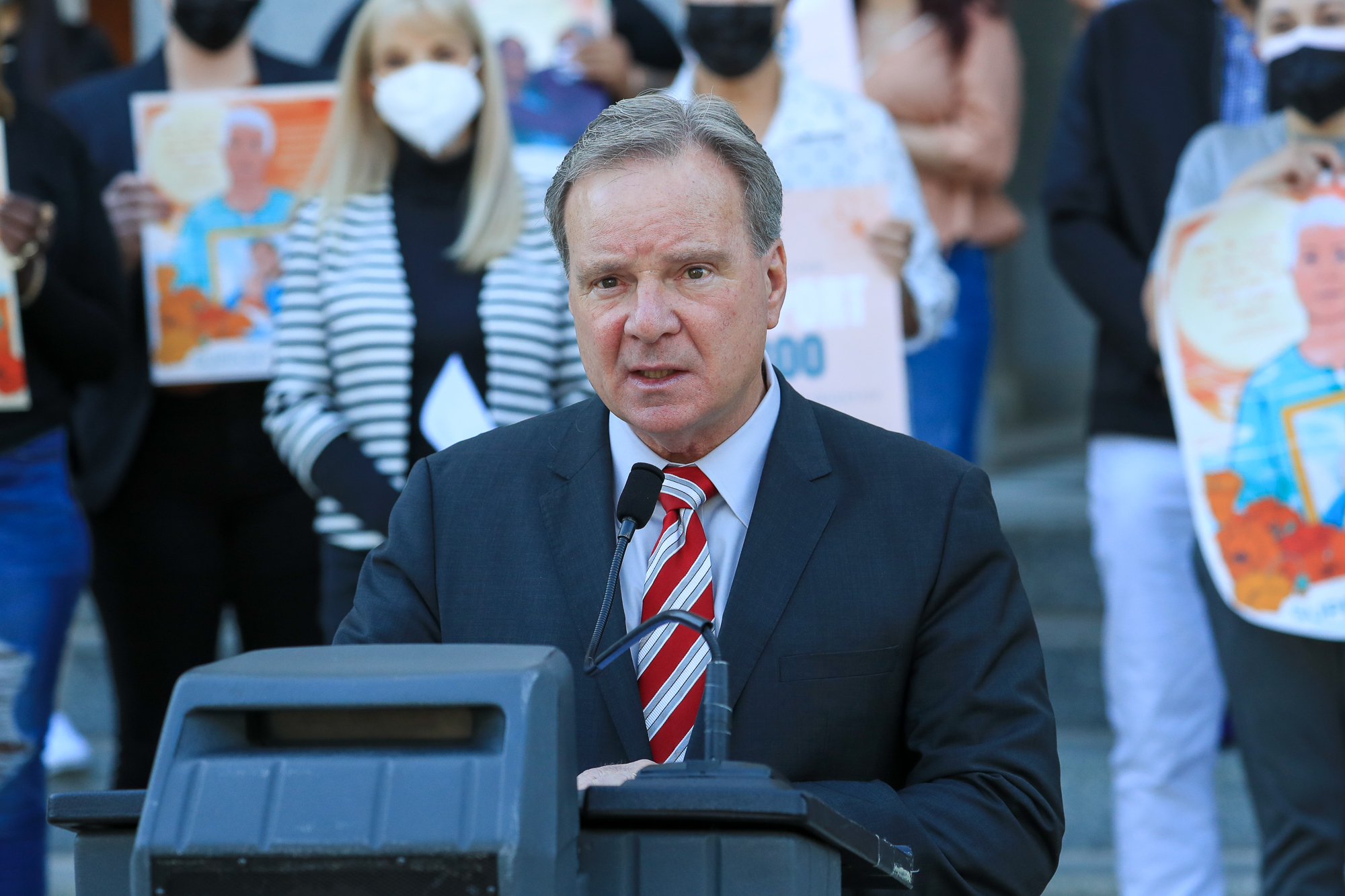 For Cortese, he said, “It’s really a very simple proposition.  No one should be sentenced to death or to die behind prison walls due to the actions of another. But for many Californians, this is exactly their reality.”

Like other reforms before it, the bill addresses those who get caught up in a murder charge for minimal conduct.

“Without intention, without brandishing a weapon, without firing a shot, people are charged with murder and sentenced to die in our state prisons for a crime that they did not actually commit. Those who didn’t kill anyone nor intend for anyone else to die,” Cortese explained.

He said, “SB 300 will right this wrong through a commonsense, modest reform SB 300 restores judicial discretion to judges allowing them to order a sentence other than the death penalty or life in prison, without parole for felony murder, special circumstances, cases in which a person did not kill anyone nor intend for anyone to die.” 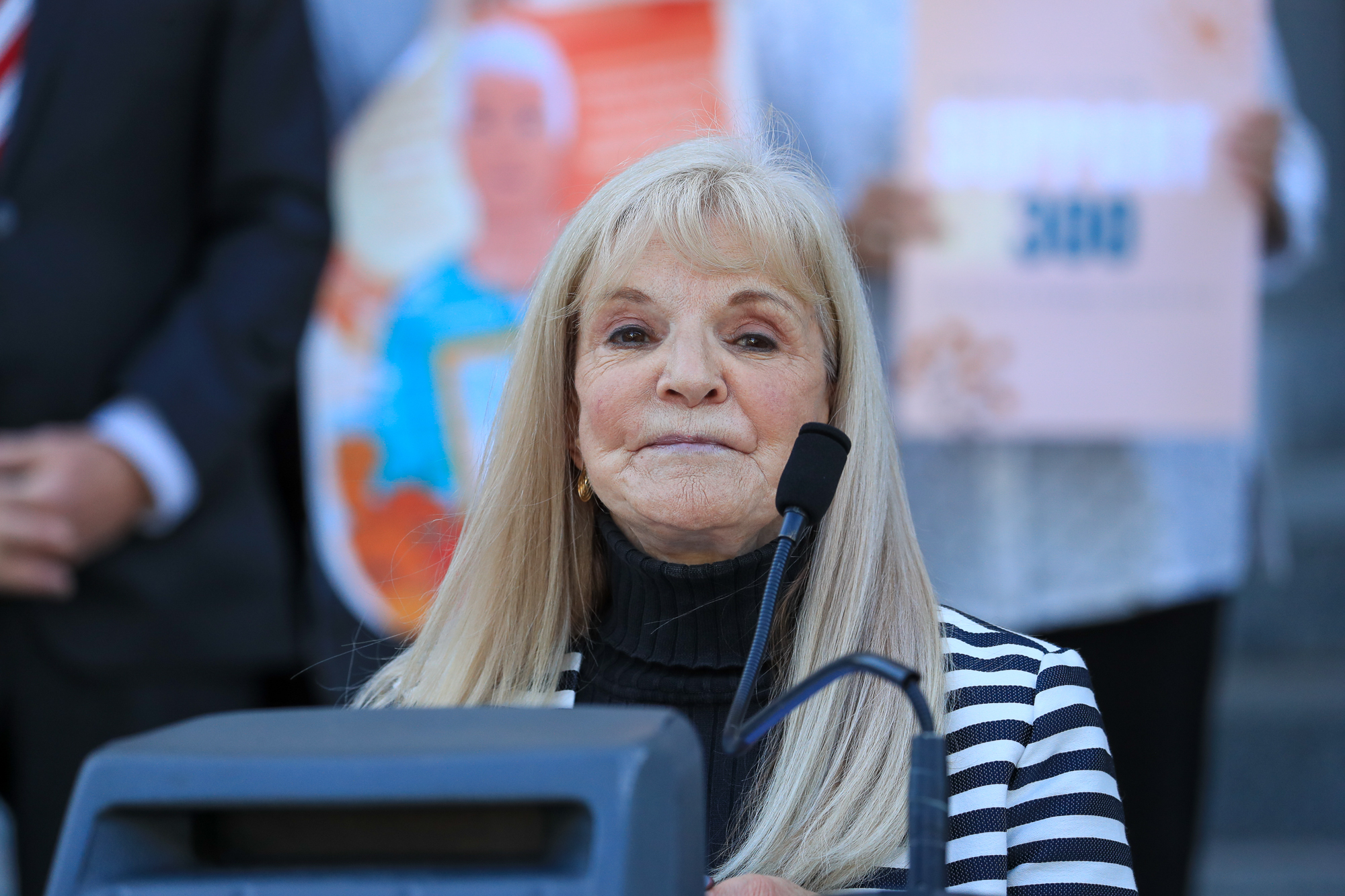 Lynn Williams explained that in 1989, her sister died when her car was struck and hit by a person attempting to evade the police.

“We were consumed by sorrow, but never by revenge or anger,” she said, noting her sister “would not have liked that.”

She said, “When the DA asked about the death penalty in 1989, our family resoundingly answered no, we believe in the sanctity of life and that a person can change.”

Surprisingly, it was not until 31 years later that she heard the sentence given to that man.

She said, “I heard terms like felony murder with special circumstances, mandatory life without parole or LWOP.  These were all new to me.”  She added, “I’d never heard these terms before, and I had never heard or put a person to, to the sentencing. I never knew what had happened to the person who had been incarcerated for in our mind accidentally killing my sister. He had no intent to kill her.”

As she explained, “Yes, he should be punished justly for the criminal behavior he demonstrated, but he did not murder.”

She said her sister would not have supported LWOP and “the sentence did nothing to help our healing.

“There is no justice without mercy, which is why I strongly support the passage of SB 300,” said Lynn Williams.  “Life without parole is just a prolonged death sentence — and it robs a person of hope and robs society of the potential this person might become. Our state must make a commitment to rehabilitate, to restore, and to assimilate a person back into society.” 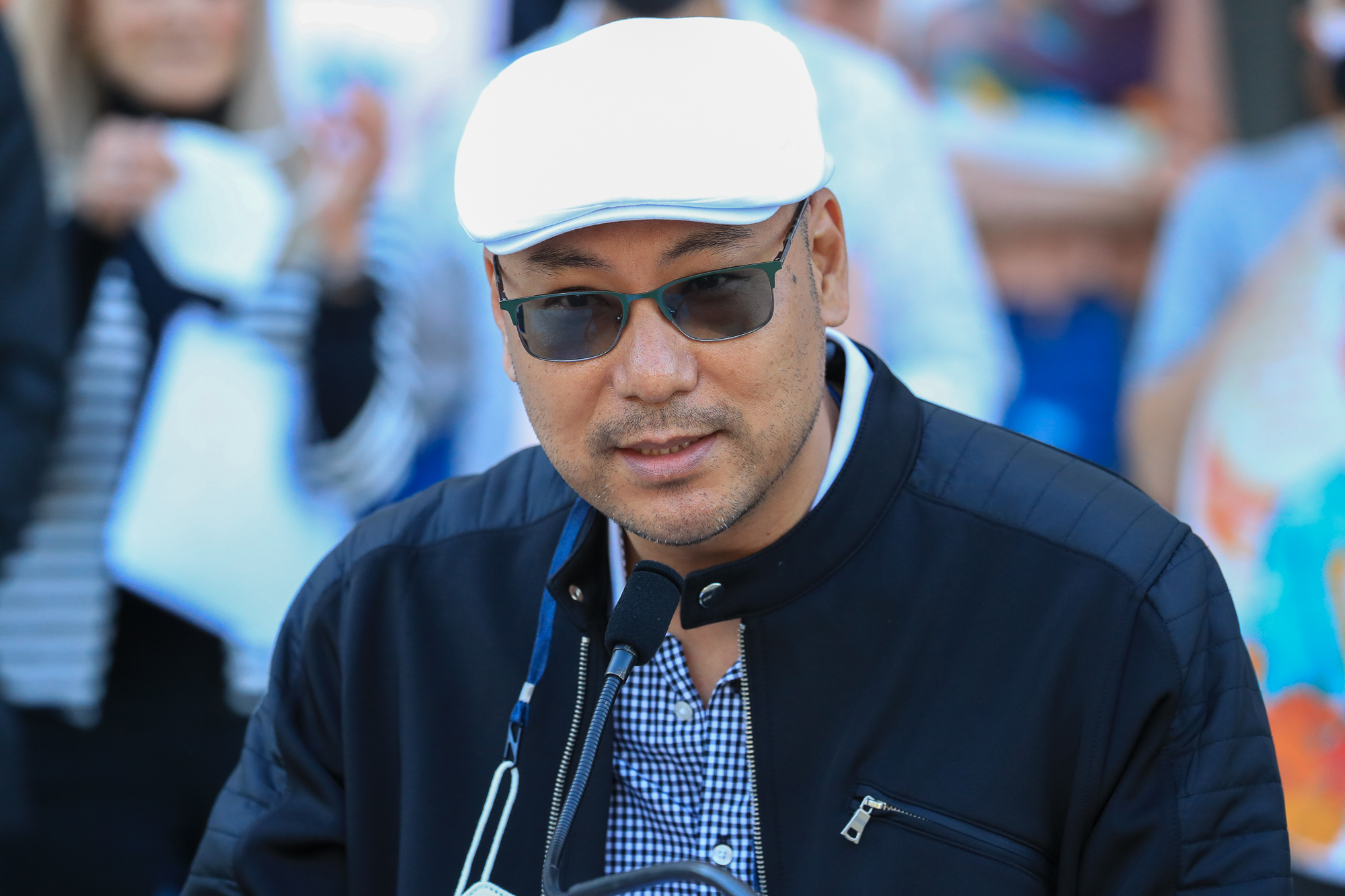 Jamil Wilson was on the other end of the sentence – an individual formerly sentenced to LWOP.

He explained, “in 1994, I, along with three other co-defendants was arrested and charged under the felony murder rule facing life without parole. Now I will never forget the day I received my sentence in the courtroom that day. The judge said he wished he could give me a lesser sentence after hearing all the facts of my case with remorse and deep regret in my soul that I still carry with me today. The judge being bound by existing law. He could only sentence me to life without parole.”

Wilson said, “I want to make it very clear, “I truly regret what happened earlier in my life, but my role in the events were extremely limited. I knew that the judge knew that, but I was still sentenced to die in prison.”

He added, “The only way I am here today and making a difference in my community back home is because of a commutation after serving 26 years of incarceration. And I’m proud to be one of 170 plus people in California who have been commuted after receiving an LWOP sentence. I urge the California Legislature to pass SB 300. This commonsense, modest reform will reduce extreme sentencing, while keeping people accountable for their actions, in California’s legal system.” 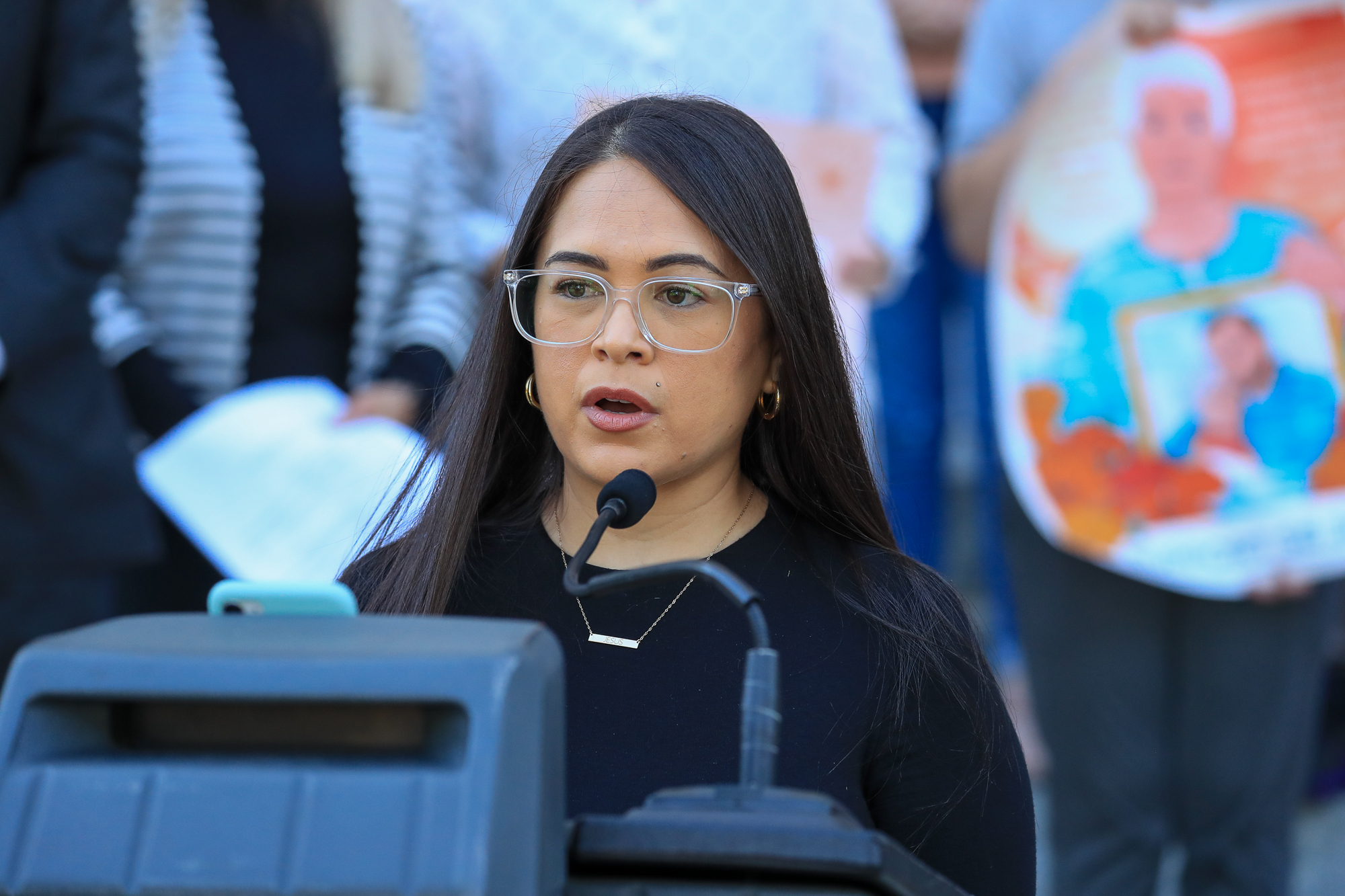 “We have to allow a pathway for people to earn their way back to freedom. We are all impacted by life without parole. The communities who are left behind, the victims and crime survivors, the people who cause harm and the families,” said Yolanda, of Silicon Valley De-Bug. “This bill is essential because, though it is modest in scope, for those doing LWOP and their loved ones, it is the most meaningful legislation thus far.” 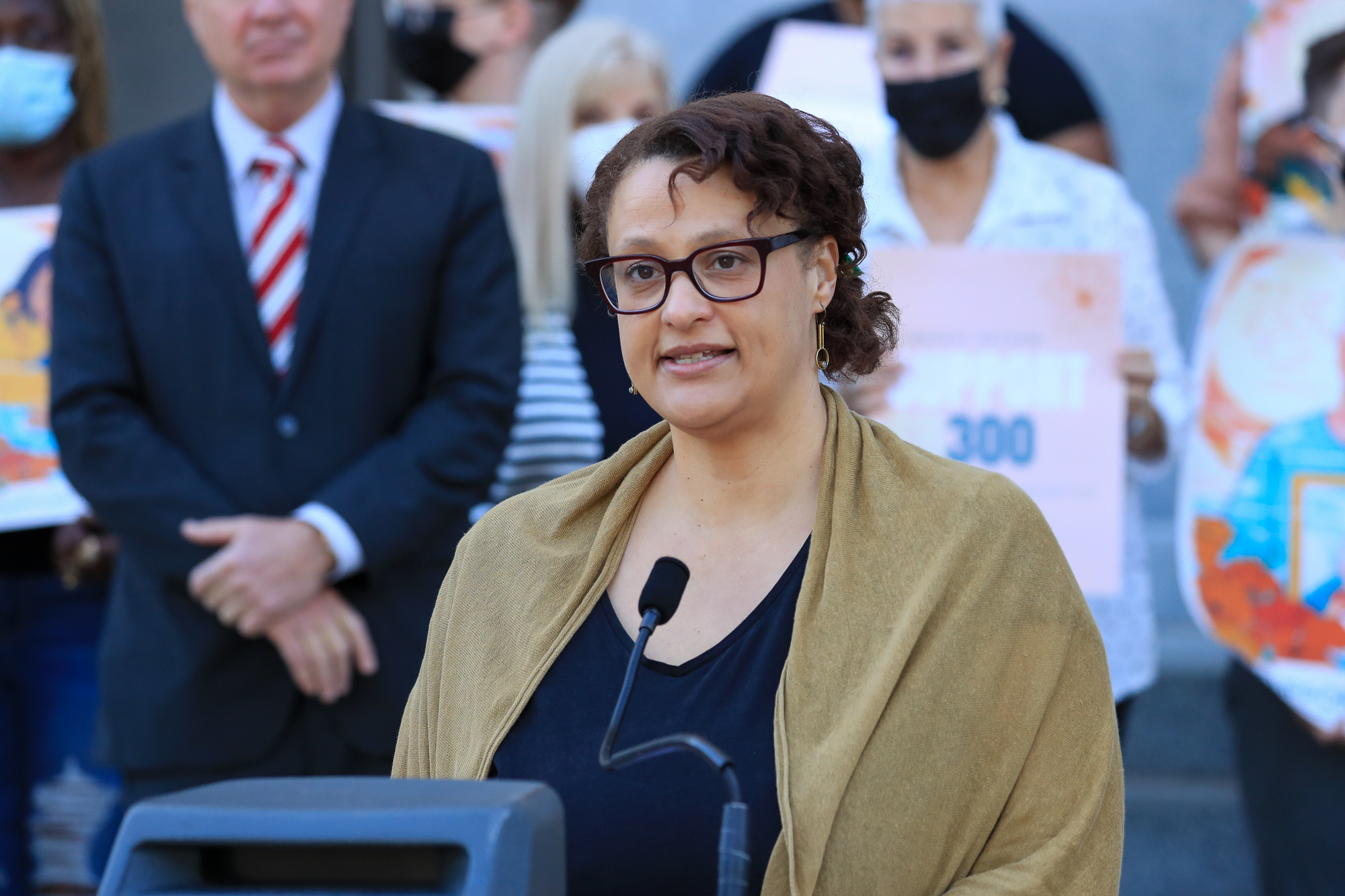 Dr. Alisa Bierria, Professor in the Department of Gender Studies at UCLA, said, “If you have a law that punishes people for something someone else did, that law will disproportionately impact victims of domestic violence and sex trafficking because those victims often cannot extract themselves away from abusive individuals. Coercion, terror and chaos puts victims in violent situations not of their making.” 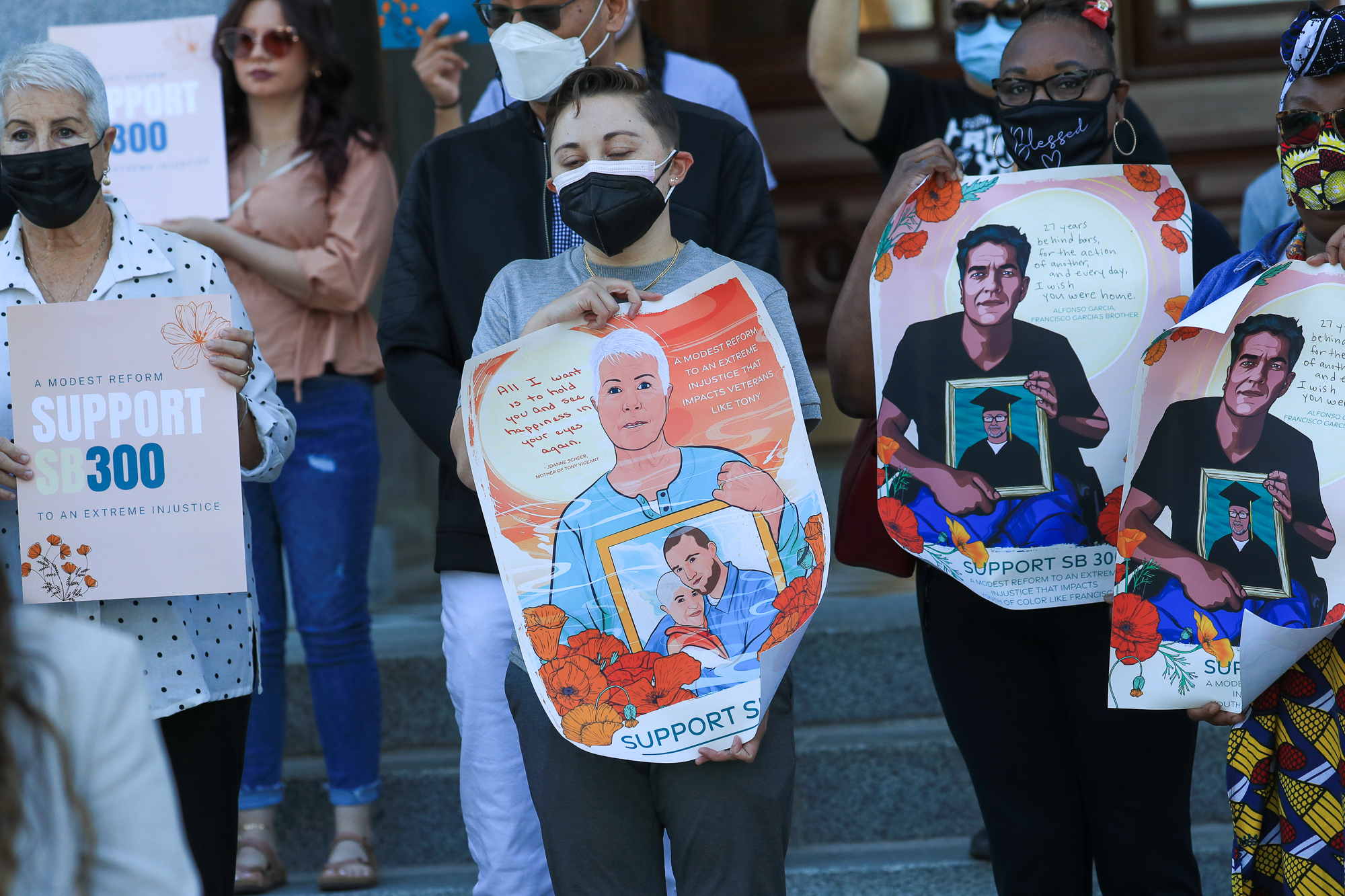 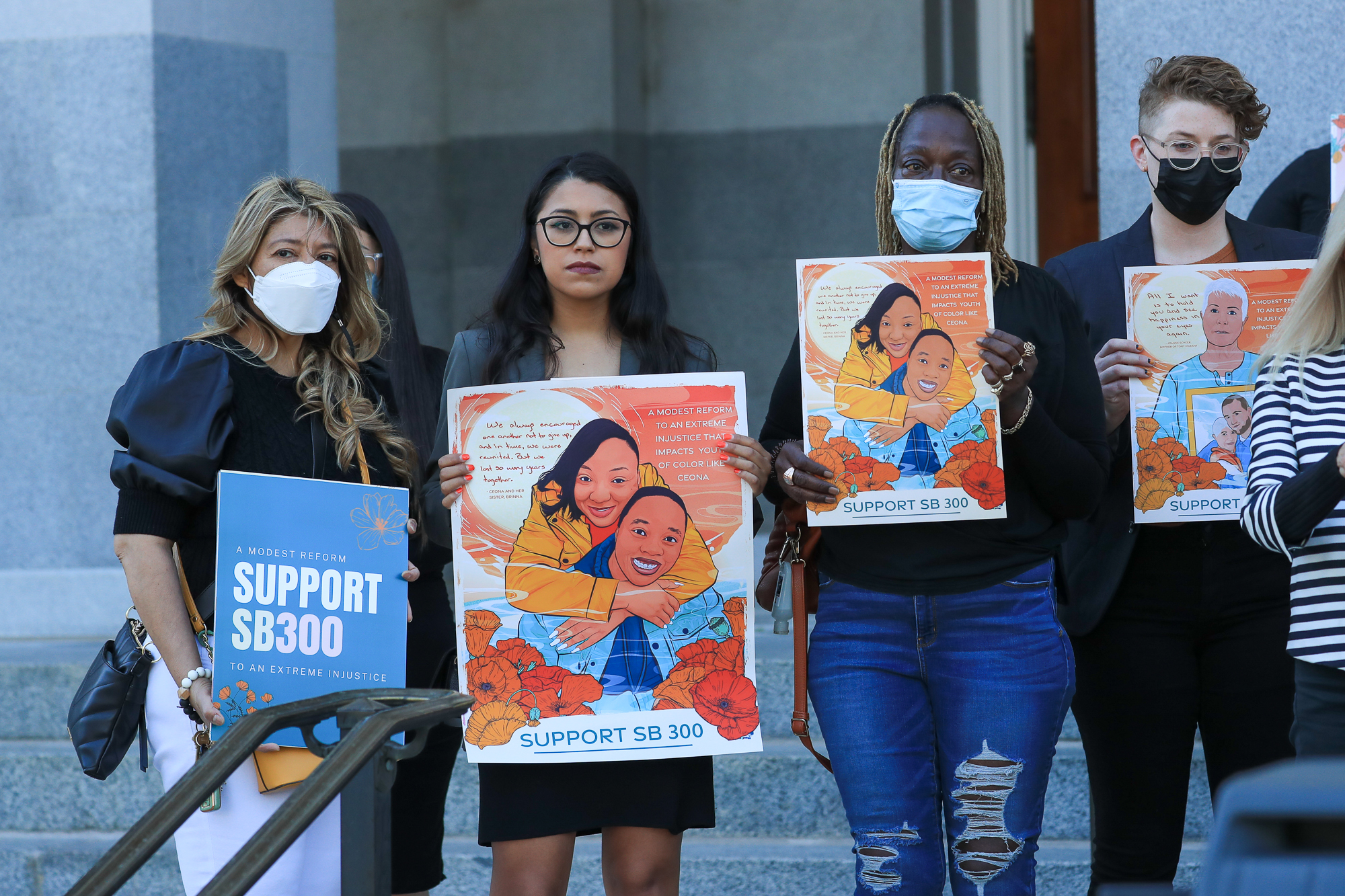 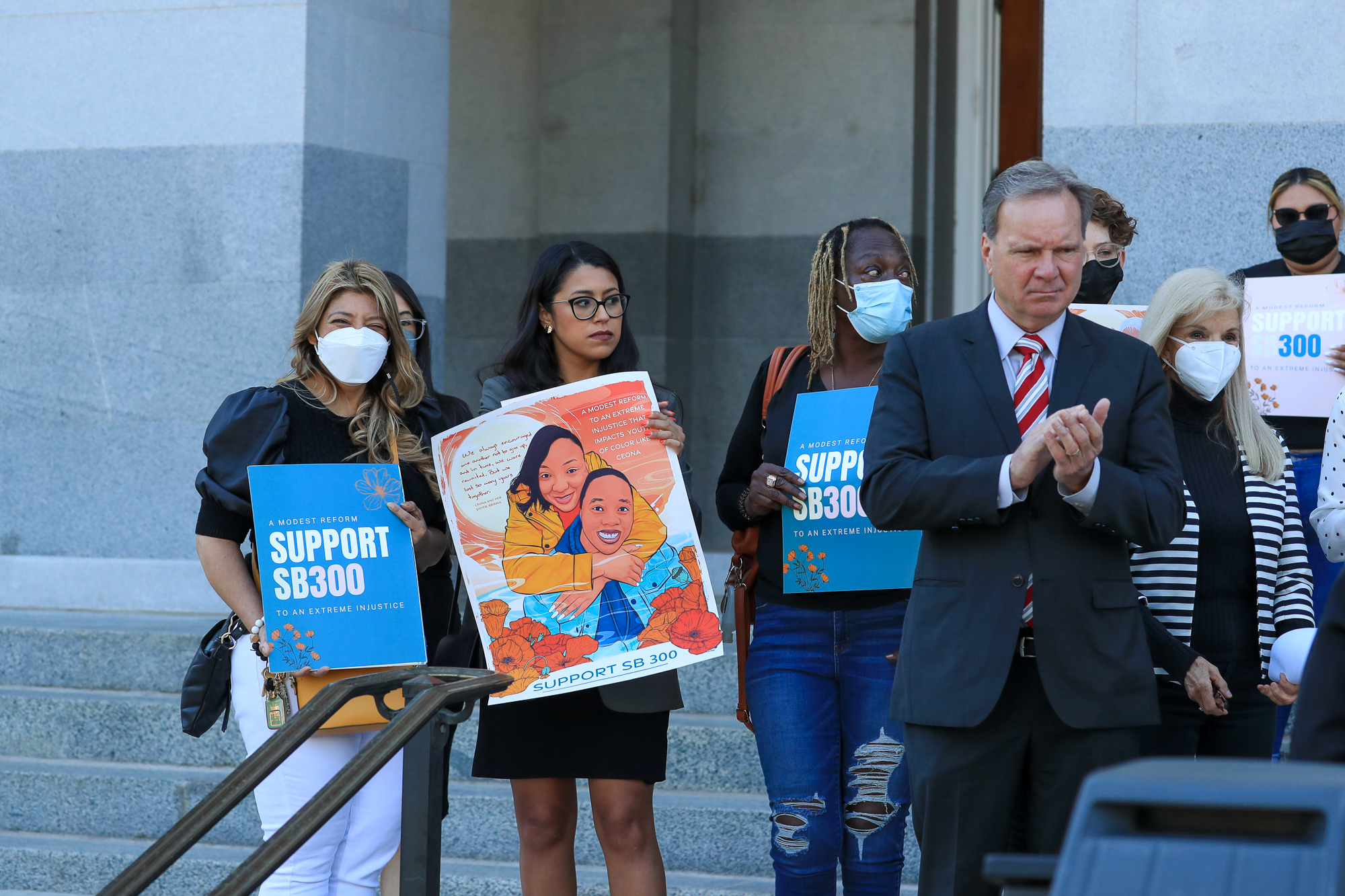 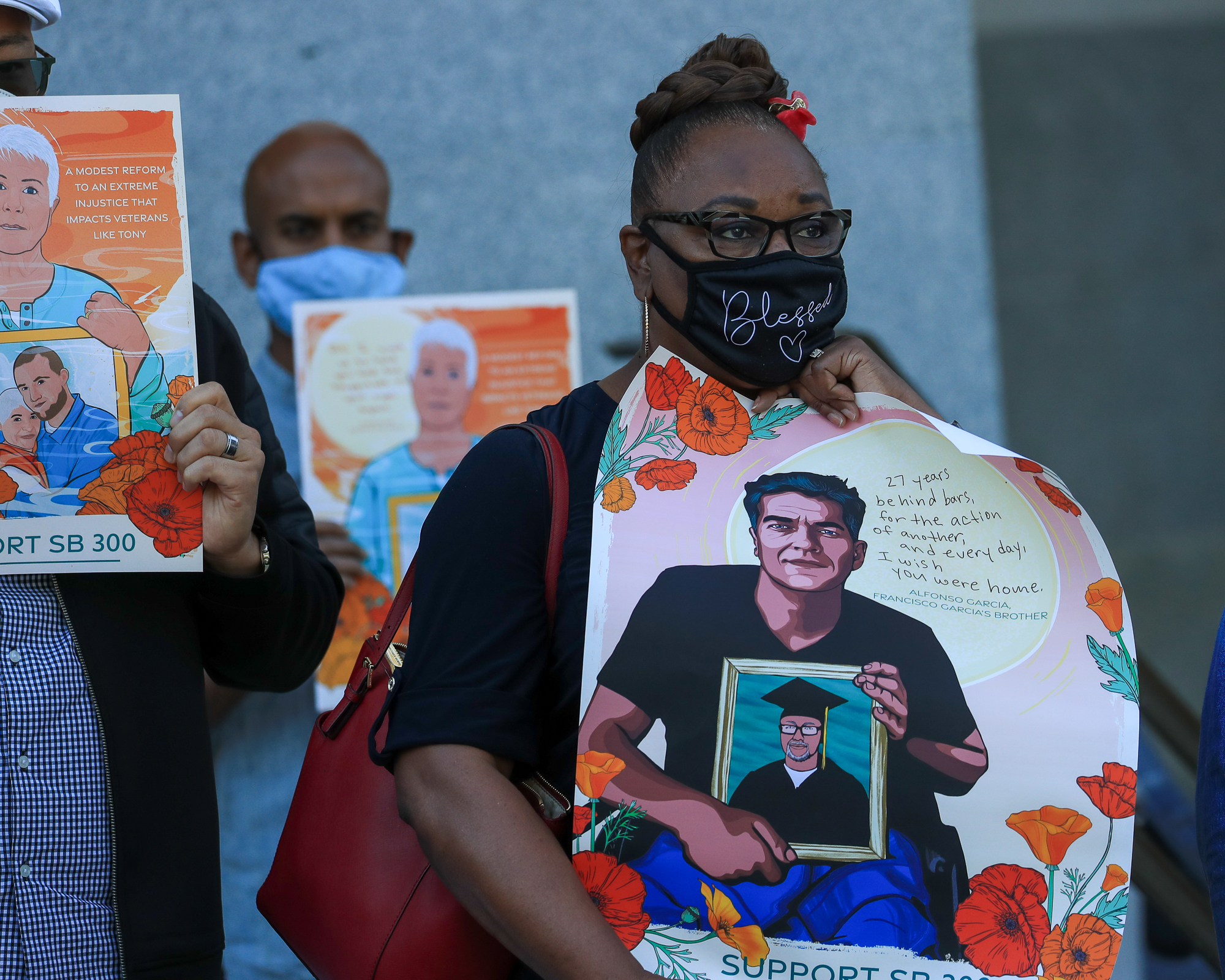