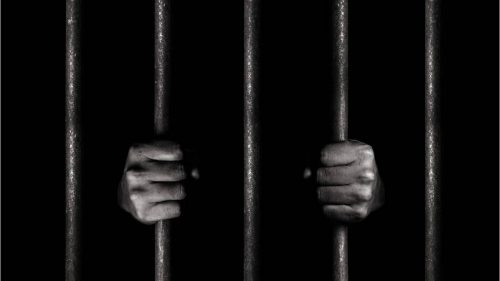 LOS ANGELES, CA – The week before Mother’s Day, Black-led organizations in Los Angeles and dozens of cities across the country bailed out as many mothers as possible who otherwise would have spent Mother’s Day incarcerated simply because they cannot afford bail.

Essie Justice Group, as an executive member of the JusticeLA coalition, with Dignity & Power Now, A New Way of Life, Black Lives Matter Los Angeles, and National Bail Out, reported they “joined the fight to demand action from the LA County Board of Supervisors to fulfill their two-year-old promises, drive the community care blueprint forward, and #FreeBlackMamas.

Since 2017, Essie Justice Group said it had bailed out 12 Black mothers in California, totaling more than $1.9 million in bail.

“We know that our folks aren’t all millionaires, but yet we deserve our freedom, too. We are here again because judges are ignoring the law. We know this because we showed up with checks for $50,000 and $200,000 for the Black Mamas we bailed out [this year] so that they could be home with their babies—so that they can be home with their communities,” said Gina Clayton-Johnson, Founder and Executive Director of Essie Justice Group.

With a median bail amount of $50,000, California bail amounts are five times that of the national average, said Essie Justice Group, emphasizing the “necessity of the community care blueprint the LA County Board of Supervisors committed to in words, but not yet action—a blueprint that includes a demand to fully fund an independent pretrial services agency.”

“When someone comes home from jail or prison, it is often women who, without funding, acknowledgement, or support, help make sure a person is able to access the transportation and service they need to show up for their court dates. This is simply what we are asking for the County to do,” Clayton-Johnson said, adding, “We are asking for a fully funded pretrial services agency in this state, in this county.”

At the day of action there was “testimony” from recently bailed out and formerly incarcerated Black mothers and included live comments from Clayton-Johnson, and other women with incarcerated loved ones, Janet Asante of Dignity & Power Now, Deputy Public Defender for Los Angeles County Elizabeth Lashley-Haynes, and Ebani Abram and Melina Abdullah of Black Lives Matter LA.

“Today we draw a line in the sand for the LA County Board of Supervisors. We have made our demands loud and clear and the time for them to take effective, monetary action is now—in this budget cycle,” said Asante, adding “Over half of the $6 billion that LA County spends each year on law and justice goes to the LASD [LA Sheriff’s Department]. Next year they plan on spending 17 times as much on the LASD, compared to the Care First Community Investment budget unit.”

Supervisor Kuehl, of the LA County Board of Supervisors, said, “As a first step, we will bring existing programs and funding streams into the new department and, then, identify where the gaps exist that require additional funding. That process, which is underway but not yet complete, ensures that we are not duplicating services in different departments and using funding streams efficiently. I expect additional allocations to be made in the fall during the supplemental budget part of our annual cycle.”

Essie Justice Group urged Kuehl, and Supervisors Solis, Mitchell, Hahn, and Barger of the LA County Board of Supervisors to fully invest in and allocate $110 million to the community-based, independent pretrial services agency per year for the next two years.