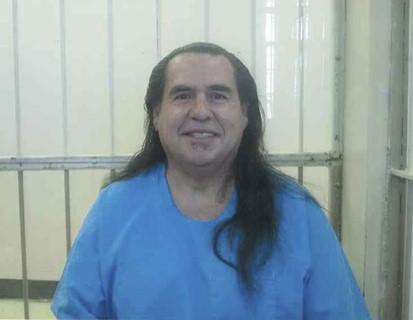 Fresno, CA – In November 2020, the Vanguard broke the story about Douglas “Chief” Stankewitz, the longest serving incarcerated person on death row at San Quentin, who many believe to be wrongly convicted of murder in 1978.

Now an appellate court panel has granted Stankewitz a resentencing and remanded the case back to the lower court.

Judge M. Bruce Smith noted that in 2009, an Eastern District Court granted in part a petition for writ of habeas corpus reversing his death sentence due to ineffective

assistance of counsel at the penalty phase of his trial.

In 2019, the Fresno County DA filed to resentence him to life without parole, electing not to try retry him for the death penalty.

On appeal, Stankewitz contends “the trial court erred in finding that the federal court’s order precluded it from exercising sentencing discretion at the resentencing hearing.”

On this point, the AG concedes “the trial court erred by misunderstanding the scope of its discretion at the resentencing hearing, and that another sentencing hearing is therefore required.”

The court agrees, “We agree with the parties that resentencing is required and will therefore remand this case back to the trial court.”

This decision could ultimately pave the way for Stankewitz to gain his release.

The trial court, according to the ruling, concluded it was bound by the Federal Court’s order.

““This Court has one option, and that is, to impose life without the possibility of parole. In order to accomplish the directive set by the Federal Court, the Court hereby vacates the death sentence imposed concerning Mr. Stankewitz pursuant to that Federal directive and will resentence Mr. Stankewitz concerning the first degree murder conviction with special circumstance to a term of life without the possibility of Parole,” the court ruled.

The court vacated Stankewitz’s death sentence and resentenced him to LWOP plus seven years.

The court writes, “Stankewitz contends the trial court erred by assuming it lacked the discretion to strike the special circumstance findings and the section 12022.5 firearm enhancements pursuant to section 1385. The Attorney General agrees that the trial court erred and that remand for resentencing is required. We agree as well.”

Also at issue is the ability of the court to strike a special circumstance finding.  Section 1385.1’s prohibition against striking special circumstances does not apply retrospectively to defendants whose crimes were committed prior to the enactment of the statute.

The court notes that “it is undisputed that Stankewitz’s crimes occurred in 1978, more than a decade before the enactment of section 1385.1. Thus, as our Supreme Court made clear in Tapia v. Superior Court, the electorate’s elimination of the trial court’s authority to strike a special circumstance finding does not apply here.”

Attorney Curtis Briggs told the Vanguard, “If the judge exercises discretion in striking the gun enhancement and the special circumstances, he will be immediately eligible for parole. Given his impeccable behavior over the past two decades, he will likely be released as soon as he gets to the parole board.”

In a letter to the judge, Briggs requested that the case be reassigned from Judge Arlan Harrell “to a judge with a willingness and time to provide Mr. Stankewitz with prompt Due Process. Mr. Stankewitz was wrongfully convicted of special circumstance murder in 1978. His case has been a saga of appeals and remands which I will not trouble you with.”

Briggs complained, “Judge Harrell’s conduct towards Mr. Stankewitz has run the gamut between systematically ruling against defense motions without argument, frequently without any written opposition from the prosecution to unusual and lengthy delays in making a decision on the merits of motions, to mocking Mr. Stankewitz in open court in front of witnesses and on the record.”

He further noted, “The fact that all attorneys agreed with one another in opposition to Judge Harrell’s position is telling. Harrell wasted three years of my client’s life by refusing to follow law. Judge Harrell is aware of my client’s failing health and rapidly diminishing mental faculties. In other words, Judge Harrell has acted and will act with malice toward Mr. Stankewitz.”

Stankewitz was originally convicted for the murder of Theresa Graybeal and sentenced to death at the age of 19 in October 1978.  Despite being found guilty, Chief has claimed his innocence since day one.

The Vanguard in 2020 reported, “In 2017, new evidence was discovered which the prosecution had concealed in previous trials. Such evidence raised the possibility that a wrongful conviction had occurred.”

This is a developing story.

Share:
Tags:Appellate CourtDoug StankewitzHabeasSan QuentinWrongful Conviction
Previous : Could Boudin Run Again? Chesa Boudin Talks about the Recall and the Future of the Movement
Next : Sex Crimes with Minor Case Goes to Trial after Preliminary Hearing