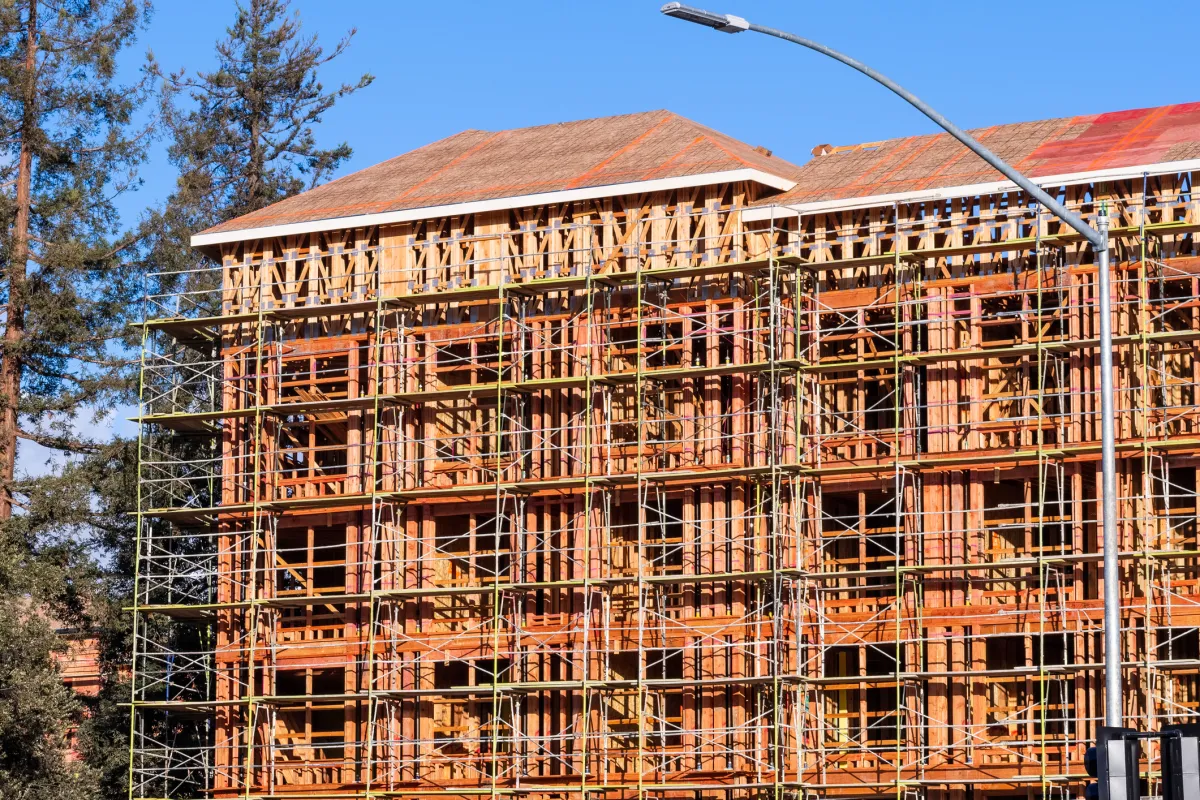 Sacramento, CA – AB 2011 sponsored by Assemblymember Buffy Wicks attempts to streamline the production of much-needed affordable housing while reaching a labor agreement that helps to create tens of thousands of well-paying, construction jobs in local communities.

The bill, according to the author, “pairs new opportunities to build 100% affordable housing and mixed-income housing on underutilized commercial sites with requirements that developers meet a range of responsible wage and training standards.”

In so doing, it will help the state meet its aggressive target of 2.5 million new units of housing over the next eight years—including over one million units affordable to lower income households.

According to the Housing and Community Development Department, “the state will need 180,000 new units of housing each year just to keep up with existing demand, including 80,000 units affordable to lower-income households.”

At present, “California averages fewer than 100,000 new units per year, and has never produced more than 25,000 new affordable homes in any year.”

Among other things, the bill would require prevailing wage for all projects.

For projects of 50 or more units, contractors must either participate in a state-approved apprenticeship program or request the dispatch of apprentices from a program and provide health benefits for their workers. If no apprentice workers are available, the project can still move forward.

The bill also includes new enforcement mechanisms to ensure these wage and benefits standards are being met.

“AB 2011 is about building needed homes, supporting workers who will be building these homes, and making progress towards our ultimate goal of creating communities where California families can afford to live,” said Assemblymember Timothy Grayson (D-Concord).

As the LA Times Editorial Board put it in a recent editorial, “What if California could encourage developers to replace shuttered big-box stores, half-vacant offices and decrepit strip malls with apartments, condominiums and townhomes, with some or even all of the units being affordable? And what if the construction workers building those projects were paid union-level wages and, in some cases, received healthcare, thus creating lots of good-paying jobs.

However, they write, “It should be. But in California — despite a housing shortage that has driven up home prices and rents to vastly unaffordable levels — politics and interest groups can often torpedo even the most common-sense compromises.”

The bill is critical because “it would end a political standoff over requiring union labor to build privately funded housing that has killed good housing bills for the last three years.”

The Times notes that the building trades union, a powerful force in the deep blue state, representing more than 450,000 plumbers, roofers, pipe fitters and other skilled laborers, “has opposed bills to streamline housing approvals unless developers guaranteed that at least one-third of construction workers on the projects would be graduates of apprenticeship programs — most of whom are union members.”

This has made it hard to build new housing, because the “skilled and trained workforce” mandate is “difficult to manage and could halt construction in areas short of union labor.”

Writes the Times, “That’s a real concern; only about 1 in 6 workers in the construction industry would qualify as “skilled and trained,” according to the carpenters union analysis, and most of them are building public and private infrastructure projects. Most private sector home-building is done by nonunion workers, who often make near-poverty pay. Wage theft is rampant. No wonder there is a shortage of laborers to build homes.”

However the Wicks bill could change that with a middle ground approach, “recognizing that the state needs to ramp up housing construction now and it may take longer to expand the skilled union workforce.”

So, under AB 2011, “construction workers would be paid union-level prevailing wages with new enforcement measures to cut down on wage theft. In projects with 50 or more units, the developer would pay for health benefits and would have to request the dispatch of apprentices. If no apprentices are available, the developer could still build.”

That’s not enough for the Building Trades Council which believes that there are too many loopholes in the labor standards and the only way “to protect workers and improve their livelihood is to require skilled and trained union members. The trades council carries enormous sway in the labor-friendly Legislature.”

But as noted above, other groups including SEIU and unions representing school custodians, cafeteria and other classified workers support the bill because their members desperately want more affordable housing.

“AB 2011 will get more affordable homes built, while putting forth the strongest labor standards in the country – period,” said Daniel Curtin, Director of the California Conference of Carpenters. “It will let us all get to work now, with the workers we have, while ensuring that every worker on a jobsite is treated fairly as we rebuild the blue-collar, middle-class construction workforce of the future. On behalf of the Carpenters, we applaud the Legislature for voting ‘yes’ on a genuine, workable solution to our state’s dire shortage of affordable housing, and for advancing this fair, balanced and thoughtful bill.”

Meanwhile AB 2011 changes state law in other critical ways.  For example, cities often bar residential development in commercial zones.  But with a shift away from brick and mortar, that has left scores of vacant and dying strip malls, big box stores, as well as parking lots and offices that could be redeveloped and turned into housing.

By one study, from Peter Calthorpe, a Berkeley-based urban planner, who analyzed underutilized low-density commercial properties in just Los Angeles County and estimated that just this land could accommodate 1.6 million housing units.

But only if local communities allow it—and many won’t.

AB 2011 however would fix that by allowing 100 percent affordable housing developments on properties that are currently zoned for commercial.

According to the Times, “Mixed-income housing would be limited to properties on four-to-six-lane commercial corridors and must include at least 15% affordable units. The projects would have to meet objective design standards and go through city review for building quality, health and safety. But they wouldn’t need city council approval and would be exempt from California Environmental Quality Act studies and lawsuits.”

As we know, that’s a high bar to lift, but at least it is a good starting point for much needed housing.