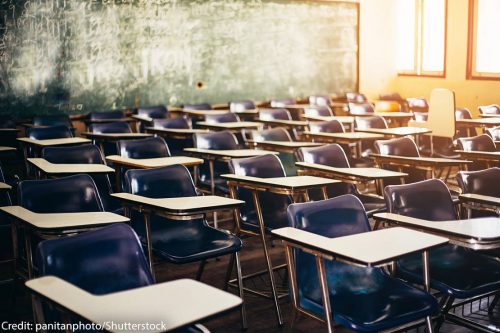 WASHINGTON, DC — The U.S. Supreme Court issued a ruling Tuesday in Carson v. Makin that orders the state of Maine to fund religious education at private religious schools as part of its “tuition assistance program.”

In short, according to the program, it would pay for students to attend a private school if they do not possess a public high school locally—the first time SCOTUS has explicitly required taxpayers to support a particular religious activity (religious instruction). The decision expands on the court’s 2020 ruling in Espinoza v. Montana Department of Revenue.

In this case, SCOTUS ruled that the Free Exercise Clause prohibited a state from excluding religious schools from private aid programs “solely because of their religious character.”

American Civil Liberties Union and the ACLU of Maine filed an amicus brief in Carson, arguing, “The court should follow its longstanding precedent and recognize that states need not fund religious instruction and activities. Today’s decision, however, disregards that precedent.”

As Justice Sotomayor noted in her dissent, the ruling “leads us to a place where separation of church and state becomes a constitutional violation.”

In addition, she wrote, “The Court for many decades understood the Establishment Clause to prohibit the government from funding religious exercise.”

She also observed, “The Court’s increasingly expansive view of the Free Exercise Clause risks swallowing the space between the Religion Clauses that once “permit[ted] religious exercise to exist without sponsorship and without interference.”

Sotomayor argued, “It is irrational for this Court to hold that the Free Exercise Clause bars Maine from giving money to parents to fund the only type of education the State may provide consistent with the Establishment Clause: a religiously neutral one. Nothing in the Constitution requires today’s result.”

According to Daniel Mach, director of the ACLU Program on Freedom of Religion and Belief, “Maine’s policy to avoid government-funded religious education is rooted in our nation’s historical commitment to the separation of church and state.”

Referring to Carson v. Makin, he maintained, “Today’s decision, like others in recent years, undermines this vital protection by forcing taxpayers to support religious instruction and indoctrination. It is the opposite of true religious freedom and a betrayal of our country’s founding principles.”

Zachary Heiden, chief counsel at the ACLU of Maine, argued, “For over 20 years, every court that has heard a challenge to Maine’s law that prohibits public funding of religious education has upheld its constitutionality.”

He added, “But this Supreme Court has rendered a decision completely contrary to the founding principle of separation of church and state. The First Amendment hasn’t changed, and Maine’s program hasn’t changed. Today’s decision tells us none of this matters.”

Share:
Tags:Carson v. MakinReligious School FundingSCOTUSseparation of church and stateSotomayor
Previous : Burglary Mom Returns to Court Voluntarily after 20 Years on the Run Caring for Family – Judge Sends Her to Jail
Next : Guest Commentary: Confronting the Tragic Legacy of Forced Boarding