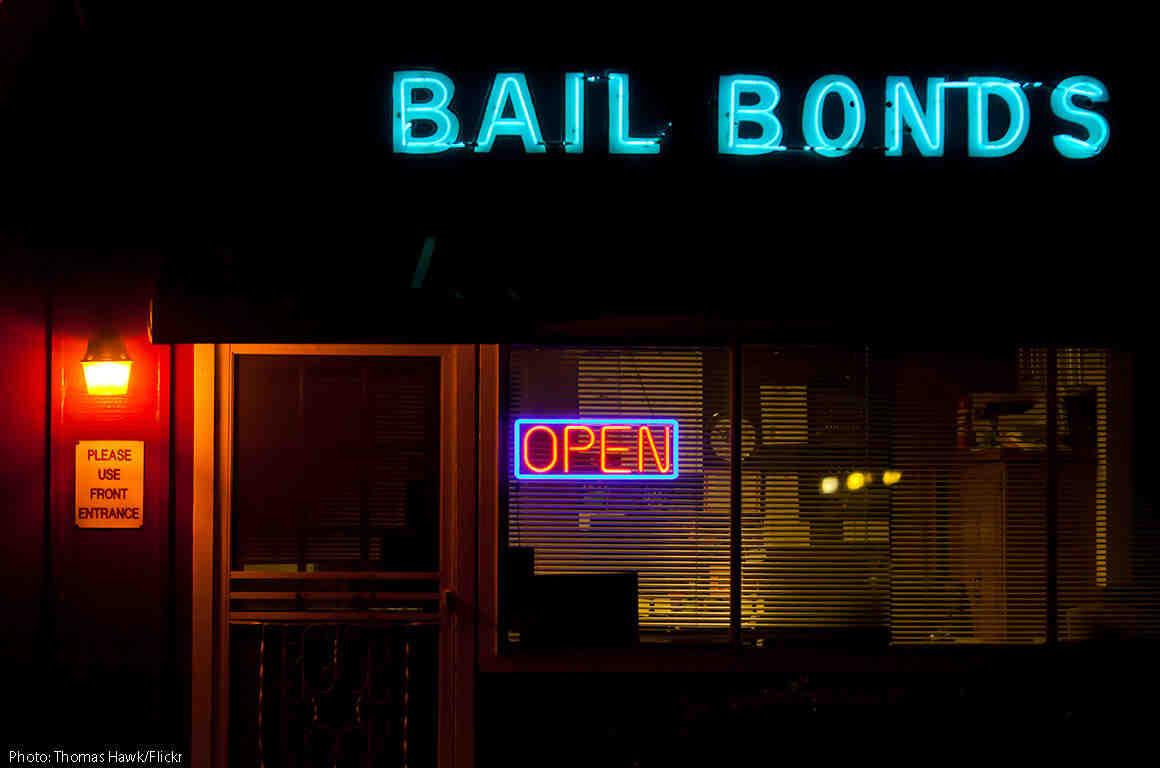 Los Angeles, CA – While most counties have ended zero bail and critics have often charged the policy with allowing people to be released to commit additional crimes, supporters of the policy in Los Angeles County recently argued to keep it in place and make it permanent.

Meredith Gallen and Garrett Miller are members of the board of directors of the Los Angeles County Public Defenders Union Local 148.

Last week in an LA Times article, they argued that LA County’s emergency zero-bail order has “allowed people accused of misdemeanors and lower-level crimes to work and care for family members rather than sit in dangerously overcrowded jails while awaiting trial.”

The court ended its policy last week, “without any evidence that it will lead to increased public safety.”

Bail reform has become a frontline battle in the criminal justice reform movement.  Critics have blamed it for the early release of potentially dangerous people who are free to commit crimes again and again.

“There are people who need to be behind bars,” Garcetti said. “How many times does the same person have to steal a car, three, four or five times, after being released before we realize we have opened up a lot of the city, because we’re in a better place with COVID, we should be able to also open up our jails, and we should be able to have judges that put people behind those bars as well.”

The police chief is blaming zero bail on the increase of auto thefts, for example.

“The people stealing them are the chronic offenders,” Moore said. “And so that’s where the criminal justice system needs to make those adjustments.”

But reformers argue, as Gallen and Miller, “There is a growing understanding among policymakers, advocates and other stakeholders across the United States that the cash bail system is unfair, fails to promote public safety and does far more harm than good for families and communities affected by the criminal legal system.”

They argue, data on pretrial outcomes compiled by the county chief executive officer shows that after the implementation of the emergency bail order, “rates of failure to appear in court (FTA) and of rearrest for new offenses remained either below or similar to their historical averages.”

Further, “Data from jurisdictions that have passed bail reform shows that the vast majority of people who are released pretrial return home and resolve or go to trial on their cases without incident, and the practice has actually led to a decrease in crime.”

New Mexico, for instance, in 2016, amended its constitution to prohibit judges from imposing unaffordable cash bail.  The new policy enabled judges to then release those accused of crimes without bail.

Gallen and Miller argue, “There is little evidence the change has led to an increase in violent crime. In fact, crime rates dropped across the state since then.”

Further they cite New Jersey’s bail reform passed in 2017 which largely eliminated the use of cash bail altogether.

“This led to a decrease in those detained pretrial and a reduction in violent crime by 16% over two years,” they write.

While the jail’s capacity is set by the state at just over 12,000 people, prior to emergency bail orders, the jails were regularly holding over 17,000.

Even with the emergency bail order in effect, the jails remain over capacity and the conditions have led to people sleeping on the floor due to lack of beds.

They warn, “Lifting the policy would significantly increase the number of people brought into the jail system on any given day.”

Nearly half those in custody at the LA County jails are awaiting trial.

This means they are “separated from their families and subject to the harms of incarceration without having been convicted of any crime. This pretrial incarceration contributes to the jail system’s chronic overcrowding and has failed to serve the county’s most vulnerable for decades.”

They argue, “Pretrial incarceration overburdens every aspect of the criminal legal system — it is also incredibly expensive. Perhaps most importantly, people jailed before trial face unjust pressure to plead guilty to their charges, regardless of actual guilt or innocence.”

More people in custody, they add, puts strain on the overworked public defender system, “because in-custody cases have to move at a quicker pace to shield defendants from further harm in custody and to prevent them from pleading guilty for the sole purpose of getting released.”

Supporters of bail reform believe that the data shows that zero bail results in safer communities while at the same time protecting the freedom and rights of the accused.

Gallen and Miller conclude, “Los Angeles County Superior Court’s emergency zero-bail order is a good, safe policy that should be made permanent.”