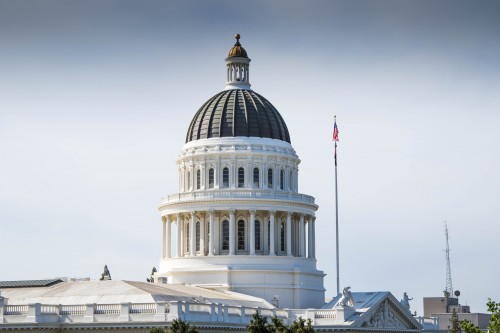 SACRAMENTO, CA––Hundreds of people representing families of life without parole prisoners were expected to swarm the CA State Capitol here Monday to advocate an end to “extreme sentencing.”

The Drop LWOP (Life without Parole) coalition and Families United to End LWOP will be joined by crime survivors and national experts in an effort to educate lawmakers and the public about a “cruel, arbitrary, and racist sentence,” and continue urging legislators to pass Senate Bill 300.

“LWOP sentences do not make us safer. As a society, we need to divest from a culture of retribution & perpetual punishment and promote transformative justice, rehabilitation & mercy,” said Michelle Tran, Chair of Families United to End LWOP whose husband is currently serving LWOP.

Lamar added, “This death sentence deprives people of their hope and basic humanity. I served 34 years before coming home. Governor Newsom could give that same second chance to the over 5,000 people serving LWOP with the stroke of his pen.”

“One thing legislators can do right now is pass Senate Bill 300, a modest reform to the extreme injustice of LWOP. It will ensure that the death penalty and life without parole sentences cannot be imposed on those who did not cause or intend to cause a death during a crime,” said Joanne Scheer, founder and Executive Director of Felony Murder Elimination Project, whose son is currently serving LWOP.