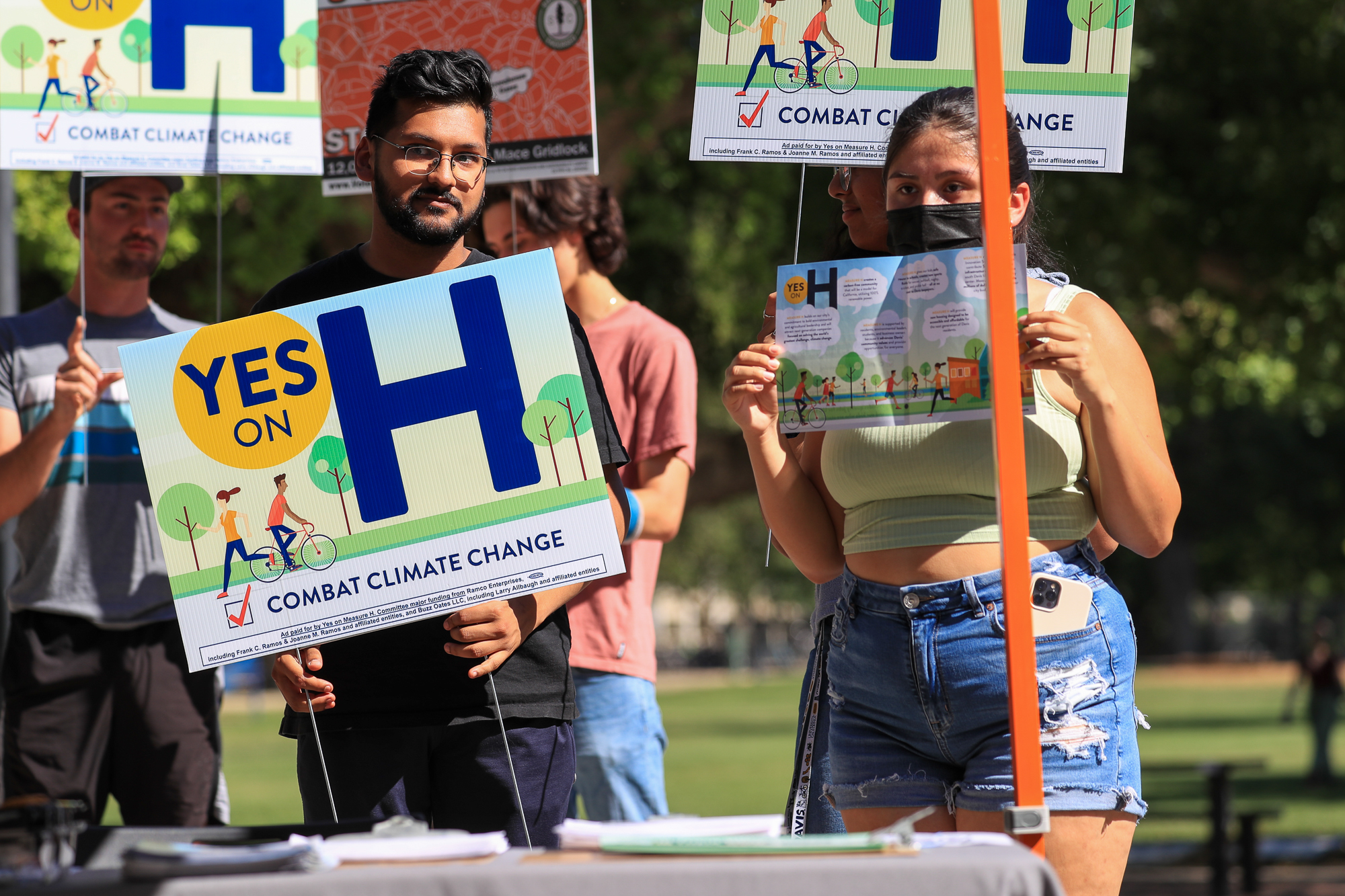 Davis, CA – Alan Pryor on Monday had an interesting revelation—Measure H got blown out despite the No side being heavily outspent.

While it looks really bad to spend nearly $1 million and lose by more than 60-40, it’s not that surprising. Their problem is not that they spent some exorbitant amounts of money, but rather that they didn’t run a very good campaign this time.

Basically, there are three large pools of money here. The $225,000 for communications which includes printing and mailing costs. The nearly $400,000 for Spafford and Lincoln which was their ground game. And the $234,000 to attorneys and consultants.

Let’s start briefly with the last pool of money—basically they have a land use campaign. So they need to be able to make technical and legal points, use their consultants strategically. This is part of the campaign that the opposition doesn’t really have to use. I don’t see any way in a land use campaign to avoid having attorney and consulting fees.

Second, the biggest pool is going to the ground campaign. A professional ground campaign is expensive, there is no way around that. Most campaigns in Davis use volunteer precinct walkers and canvassers; you can do a campaign on the cheap that way.

I had this conversation a number of years ago with one of the campaigns and pointed out there was in fact way too much spending and that the optics were bad. But they countered that they can’t get away with using college students to walk for free. They get hammered either way.

They probably doubled down on this because they felt in 2020 they lost the election in part because they weren’t able to walk door to door. This time, they hit their numbers, hitting 30,000 households on the ground and 30,000 on the phones.

There is plenty to criticize here because it didn’t work. Clearly the message wasn’t right. Plus, as we have laid out, they made mistakes. But at the end of the day, if they wanted a ground campaign, they were going to have to pay for it.

That leads me to the last large pool of money—the media. This expenditure includes the media consultant, the printing, and mailing costs, plus various ads.

This is one area where I think they not only spent poorly, but where I think they might have been able to avoid that. When the Taorminos ran WDAAC, they didn’t do any mail. They ran an all-media campaign. They still purchased things like Facebook ads and other social media ads, but avoided the big glossy flyers that, in most cases in Davis at least, probably do more harm than good.

Sure enough, I think the media ads run were fairly pedestrian and probably did not help them.

Did they pay too much? Leaving aside the issue of foregoing the ads, they again have this problem—they can’t go cheap. The No on H side has a huge advantage here. They can do their own in-house mailers or drop pieces, they can print off their home computer and copy it at Copyland or FedEx office and get away with it.

But if the multi-million dollar project team goes cheap, it looks cheap, not frugal or wise.

At the end of the day, the campaign probably could have reasonably reduced its costs to five or six hundred thousand, but they were always going to outspend the No side by at least 10 to 1. It’s the nature of such campaigns.

They failed because they made a tactical error to challenge the ballot arguments and do so with a sitting councilmember and because the message they presented failed to resonate with the voters. But neither of those are campaign expenditure issues. They simply failed to sell the project to the voters—and frankly, it’s a lot easier in Davis to get people to vote No than to get them to vote Yes.

Share:
Tags:Campaign FinanceDISC-2022Measure HMeasure J
Previous : Guest Commentary: The Cost of Not Going Co-op
Next : Burglar Found in a Garage, Trapped by Neighbor