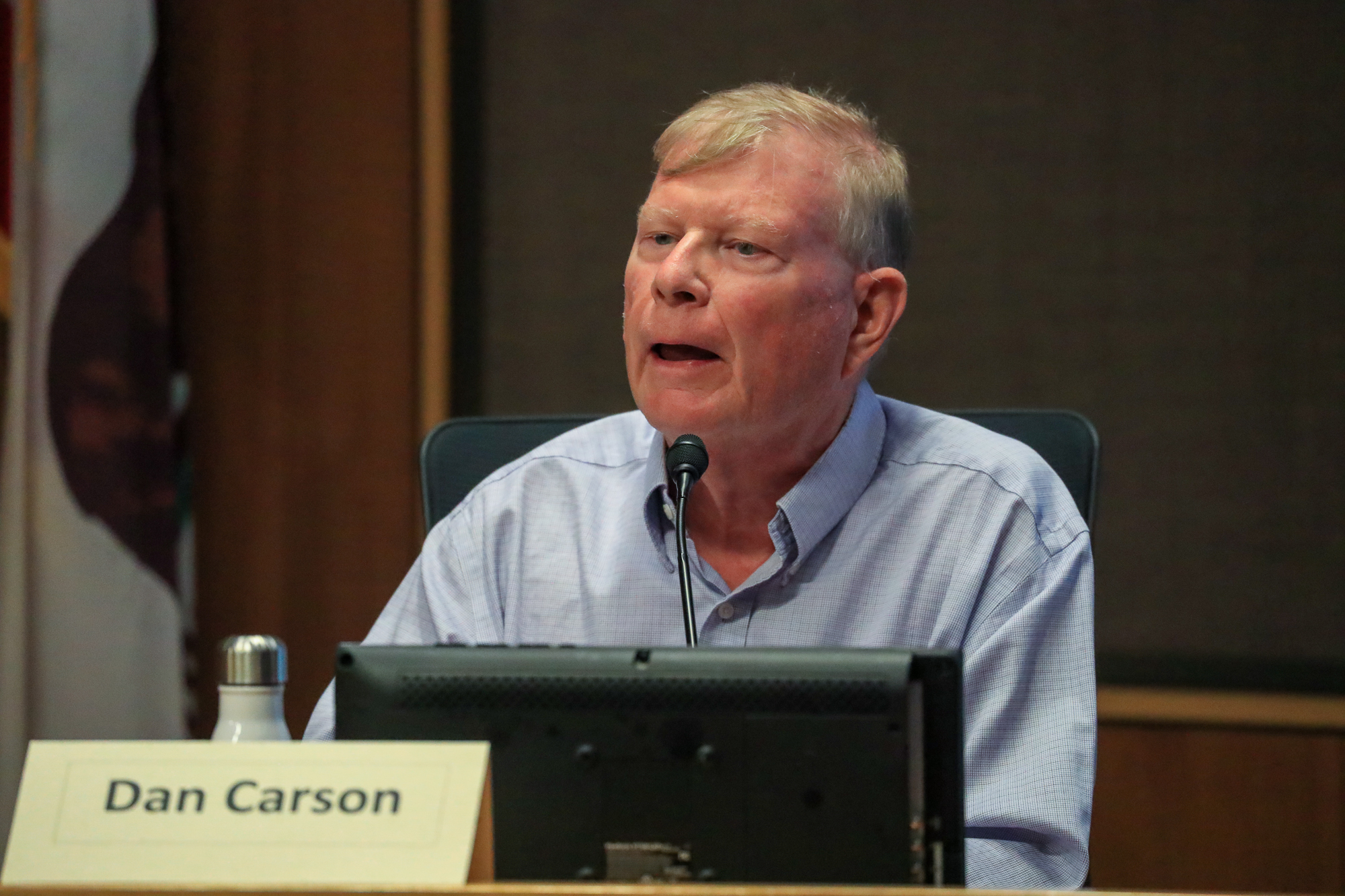 Davis, CA – Dan Carson for the first time publicly acknowledged that his lawsuit was a mistake, when the District 1 and District 4 candidates for Davis City Council met in separate forums on Monday evening at Community Chambers.

Responding to an audience question in the District 1 forum, Carson said, “It was a serious mistake to file that lawsuit.  I was trying to do the right thing for the right reasons, but it didn’t turn out that way.”

He continued, “Some folks have suggested, well, I should have just outsourced the name on that lawsuit. I think that’s the wrong conclusion.”

Carson said, “I think the lawsuit itself was the mistake and that we should have found other ways without going to court to point out the misleading statements that were made in the ballot argument against the project that I supported.”

Kelsey Fortune added, “A piece that we’re missing here is that there was not found to be significant misleading or false information in that ballot statement.”

She added, “I’m glad it can be admitted it was a mistake.  I would not spend my time suing my own constituents over their right to free speech.”

Bapu Vaitla agreed, “I agree, it was inappropriate.”  He said, “It’s not appropriate at all for a lawmaker, elected officials suing their constituents.”

He said, “I appreciate that Dan admitted it was a mistake, but for me, that did cause a lot of damage to our community and hopefully we are able to repair that damage and move forward but trust is the basis for how government works and that was for me a violation of trust.”

Earlier in the evening the moderator had asked a question about NIMBYISM prompting an audience member to loudly complain about the use of a “pejorative term.”

An audience member asked the question about whether the use of the term NIMBY was appropriate. For Kelsey Fortune, the answer was no.

“I think terms like NIMBY are used to divide whereas I’d like to see us come together,” she said adding, “I really do not believe that there are very many people in Davis who would identify with that term.”

Instead, she argued, “The people who have that term thrown at them are opposing one project for very specific reasons that have nothing to do with not wanting something in your backyard.”

Moderator CJ Watson pushed back, “How can you be sure of them?”

Fortune responded, “I can’t be sure of that, but I see the best in people.  I’ve been in Davis for nine years, and I know many people, including myself, who have had that word, that term thrown at them.  I’m not sure how a low-income person and a renter who is very pro-infill development and pro-housing and infill in Davis, can be called that.” 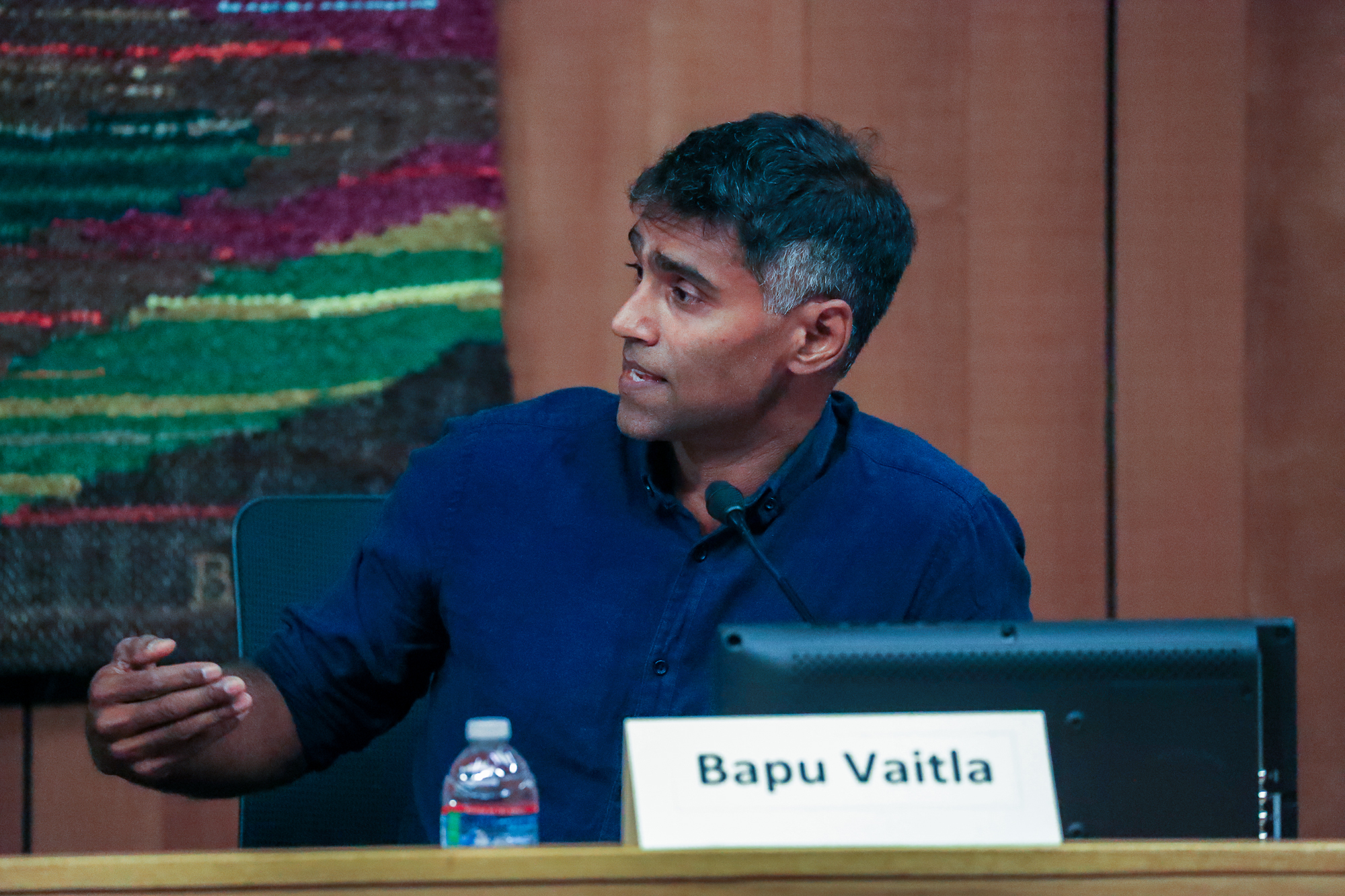 He said, “It’s a term that hurts people—so stop using it.  Sure.”

But then he said, “What’s more important is that the phenomenon persists.  We exclude people from our community.  That’s the truth.”

He said, “That’s the reality…  We have to take a hard look in the mirror and say that’s what’s happening. And then what are the ideas that we’re going to have to reverse that exclusionary stance that we have to include people.”

He said, “There’s a set of ideas that have been given tonight that others have talked about, but how do we invite low-income folks to live in our community and do so. And by doing so, also reduce our climate emissions and make ourselves a more sustainable community, more diverse community, one that has more creative ideas.”

He said, “Let’s focus on inclusion—the term itself, [NIMBY] if it hurts people, yeah, let’s stop using it.”

Dan Carson added that he “talked about the kinds of language I heard from some folks in our community, disparaging others in our community over that university mall project. And we do need to learn to communicate with each other on a policy basis. It’s okay to disagree, it’s okay to violently disagree, but treating other people with respect is extremely important.”

The Vanguard will over the course of the week have full, wall-to-wall coverage of three city council candidate forums.