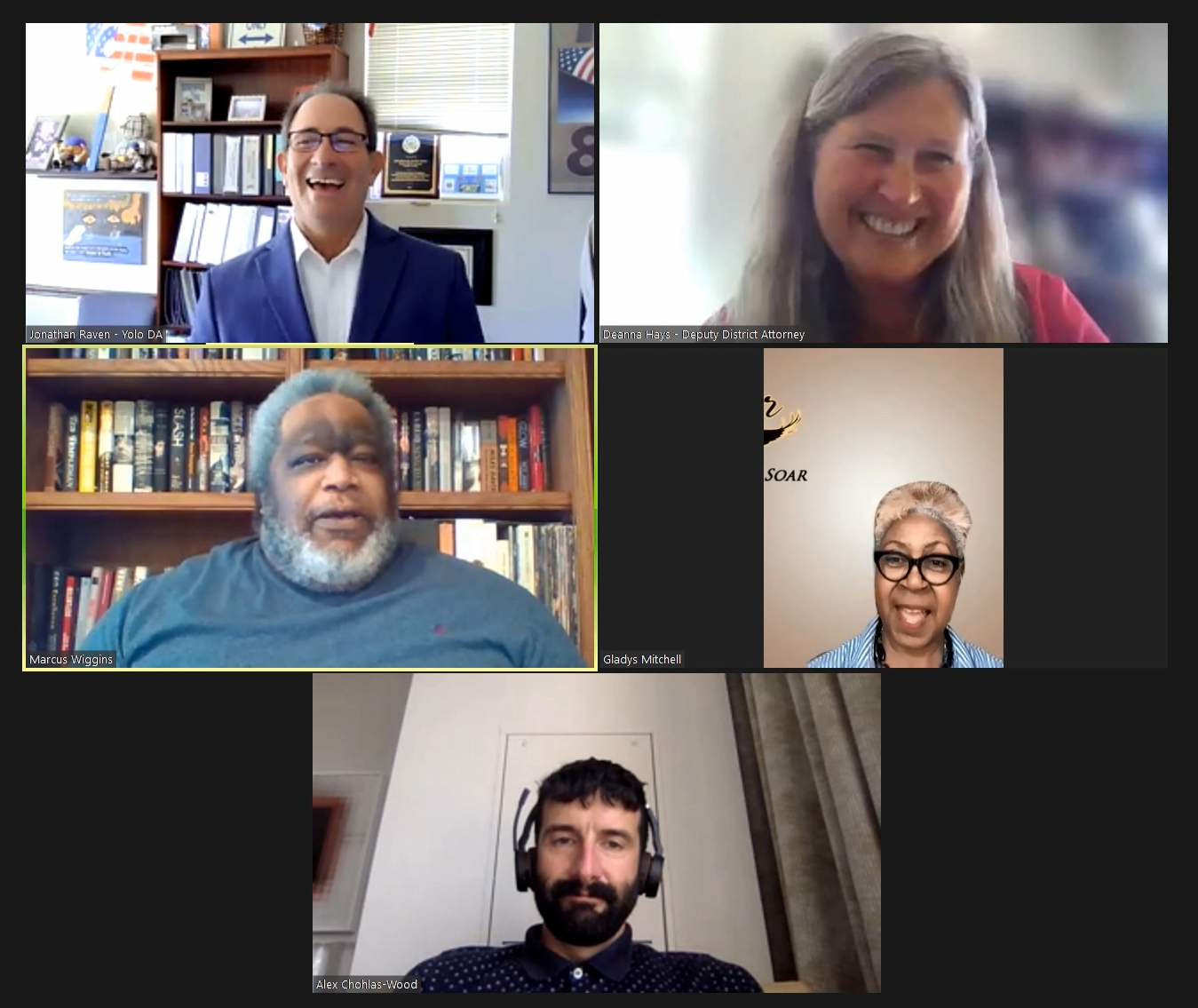 Woodland, CA – The Yolo County District Attorney’s Office has touted their racial blind charging project as a reform mechanism to create greater equity in charging decisions in Yolo County.  On Tuesday, Yolo Chief Deputy DA Jonathan Raven and others held a town hall meeting on Zoom to discuss their program.

Alex Chohlas-Wood, the Executive Director of the Stanford Computational Policy Lab, noted that they had originally done the program as a pilot project in San Francisco under then-DA George Gascón.  Yolo County reached out to Stanford and “wanted to bring what we had done there to Yolo County.”

He explained that Gascón approached Stanford, “Hey, I’m really concerned that there’s racial bias in our decisions to charge or dismiss a case. And we want to try and understand if there’s ways that we can use technology and other tools to reduce or eliminate this bias in charging decisions.”

Chohlas-Wood explained that they created an algorithm that helps DAs in “the role of race in the kinds of charging decisions that they make.”

He added, “Basically what we try and do is we try and remove all the information from a police narrative that you could use to guess somebody’s race and then show that to the attorney who is making a charging decision and hopefully that decision then is influenced by race as little as possible.”

Deputy DA Deanna Hays said, “So much about of this is for us to be transparent and also to have public trust. And this process really does help us show that when we do charge a case, we are not looking at whether someone’s race is why we charge it instead it’s whether we believe the facts support beyond a reasonable doubt, whether or not we think something can be proven.”

She added, “I think it’s important and it has been in our charging department to make sure our decisions are truly based on the facts and the law and not on anybody’s race.”

Chohlas-Wood demonstrated how the algorithm worked by showing an example where on one side “is the original narrative that you might expect a police department to write and submit to a district attorney’s office. So it describes very briefly an incident. And you’ll see, in the original narrative, that’s a, there’s a lot of information that you could use to predict somebody’s race.”

The program then redacts information that could be used to predict someone’s race.

He explained, “The redacted version of the narrative that … we show to attorneys when they’re making their race obscured charging decision. So you’ll see we redact names, explicit mentions of race, physical descriptions, like hair color, neighborhood names.”

He said that this “represents a race-obscured narrative that an attorney can read through and still understand what’s going on in the case, they can make an informed decision about whether the district attorney’s office decides to charge the case or not. And hopefully they have as little race information there as possible.”

Deanna Hays said that when she makes charging decisions, “not only is the victim’s name blacked out or not given to us, but I can’t find out the defendant’s name or the suspect’s name at any time. So this is where I start. And from here, I would then go into, and basically look at, a narrative of a police report.”

At this point it unlocks the report, and at this point she can see the entire police report and she makes her final charging decision.

From Hays’ perspective, “I think it’s going well.  We started this program in May of 2021 with just the Davis Police Department submitting reports to us in this race blind format, and we have slowly… actually maybe even quickly expanded to every single agency in our jurisdiction now submits their reports in this format.”

She added, “Like anything, change is a little hard and it’s a little cumbersome, but now that I read all of my police reports in this format, I’m very comfortable with it.”

Chlohlas-Wood noted they are fine-tuning the narrative—at times it has been too aggressive which made it difficult to read, while other times it wasn’t catching enough stuff.

Hays said, “I don’t see any occasions of explicit bias.  I’m not trying to be obstinate or uninformed, I just don’t see that.”

But she noted that they have a lot of training on implicit bias, “and it’s really eye opening.  When you go through these trainings, how a person thinks, oh, I have zero biases. I am the most non-racist person ever, and you find little biases about yourself. And so I truly do believe there is implicit bias.”

Chlohlas-Wood explained that in their evaluation they are trying to look to see if there is any evidence of difference in charging decisions by race.

At the same time, “we also want to make sure we are keeping an eye out for any unintended drawbacks.”  For instance, some research suggests removing names depersonalizes the case and makes it more likely to charge at higher rates because they don’t see people’s names.

Jonathan Raven noted that “in our county and with the leadership of District Attorney Reisig, we’re not necessarily satisfied with these innovative programs that we’re doing here in Yolo County.”

Ryan Couzens drafted AB 2778, which took “race blind charging far and wide throughout California, requiring every DA’s office in the whole state to have a similar program.”

The bill, he said, was authored by Assemblymember Kevin McCarty and has passed both houses of the legislature without a dissenting vote.

Governor Newsom now has it on his desk and has about 11 days to act on it.