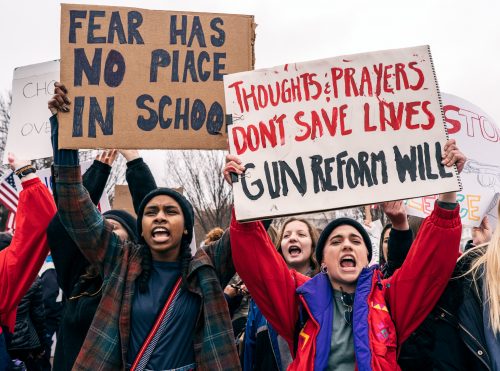 SB 1327, signed in July, will strengthen gun control regulations by giving citizens the right to sue illegal distributors and manufacturers of prohibited CA firearms. The provision found in both the CA and TX laws also gives the responsibility for legal fees to the losing party.

Gov. Newsom labeled the law as an explicit response to the passing of Texas’ anti-abortion law. SB 1327’s main goal is to attack the logic of the Texas law. Both statutes  place power in the hands of citizens aiming to police the actions of others while also placing a monetary contingency on those who challenge the statute. This state vs. state retaliation, however, has ultimately led to it being a contentious issue for gun advocates.

CA firearm advocates such as the San Diego firearms dealer Gunfighter Tactical, San Diego County Gun Owners PAC, Firearms Policy Coalition, and the Second Amendment Foundation proclaim that the provision is unconstitutional and that it “seeks to suppress firearms-related litigation.”

Newsom’s bill only aims to control the production and sale of firearms deemed illegal in California. While semi-automatics have been used in 52 known mass shootings across America, US District Judge Roger Benitz overturned CA’s bans on assault weapons last year after comparing them to Swiss army knives. The ruling made it so that the ban could not be enforced. Nevertheless, it has been seen as an encroachment of rights by the mentioned gun groups, mostly due to an interpretation of ownership rights endowed by the Second Amendment. Should the plaintiffs continue to challenge these bans, the provision would be in effect.

In comparison, the autonomy of women’s bodies and the procedures associated with the preservation of life remain in flux. The CA law itself is a retaliation to a Texan law’s restriction on self-governing. Plaintiffs say that the “tit-for-tat is not a rational or permissible justification for the classification in this case.” However, should the logic of one law be questioned, it also examines the soundness of the other.

The Supreme Court’s landmark decision in Dobbs v. Jackson Women’s Health Organization in June 2022, deemed that the right to an abortion was not upheld by the Constitution. The judgment overruled both Roe v. Wade and Planned Parenthood v. Casey. The verdict conferred the regulation of abortion rights, with aspects not pertaining to federal law, on to individual states. Many states, including Texas, then enacted trigger laws in anticipation of the conservative ruling. Texas legislation, in particular, would “prohibit nearly all abortions” and “also impose civil, criminal, and professional penalties on abortion providers who violate the law.” Newsom’s bill, backed by Democrats, is an attempt to counter the domino of conservative legislation.

SB 1327 hinges on the validity of the Texas abortion law. Should Texas’s law be overturned, SB 1327 would be voided as well. The statute goes into effect on the first of January.

Huey is currently a junior majoring in English and pursuing a minor in philosophy at UC Berkeley. He transferred from San Joaquin Delta College in Stockton, CA but bounced around different parts of the bay area throughout his childhood. When not feverishly reading or writing, he enjoys producing music, fencing, and horror films. He is a writer for Vanguard at Berkeley’s social justice desk.