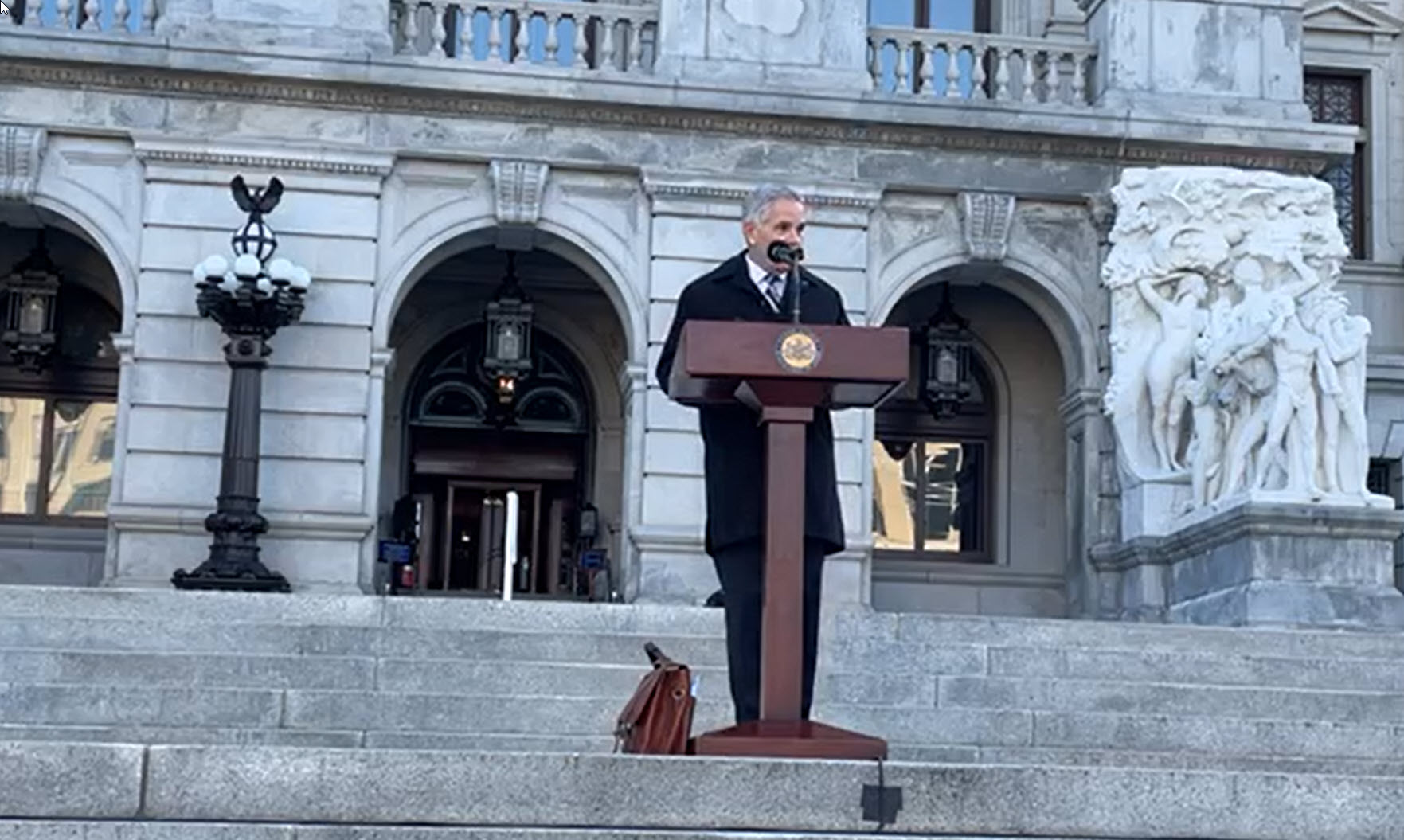 When the voters of San Francisco recalled DA Chesa Boudin barely two years into a term coinciding with a worldwide pandemic and massive disruption, even though it was heavily financed by outside money at least you could argue it was the voters deciding to remove an elected official—as questionable as that process may have been.

As messed up as the situation in San Francisco has become, it is much cleaner than what is happening in places like Philadelphia or Florida.

In Florida, Governor Ron DeSantis suspended State Attorney Andrew Warren largely because he disagreed with him on issues like abortion.  We recently spoke with Warren, and he said he had spoken to a constituent who hadn’t voted for him before and wasn’t sure he would vote for him next time, but said, “This is wrong.  This is not how our country is supposed to work.”

Warren is now suing the governor, arguing that the suspension is unlawful on First

Amendment grounds and characterized his removal as “retaliation” by DeSantis against a critic and political rival.

“He’s violated the Florida Constitution by removing me from office without any legal justification, throwing out the results of a fair and free election,” Warren told the Vanguard.

In the meantime, Pennsylvania House Republicans filed two articles of impeachment Wednesday against Philadelphia District Attorney Larry Krasner.  They charged him with “not adequately enforcing state laws and implementing policies they say have contributed to a spike in gun violence.”

State Rep. Martina White, a Republican, said Wednesday that Krasner has “toppled the scales of justice in favor of criminals.”

“The increasing violence says to me, enough is enough,” he said. “We must do something to help the people of Philadelphia.”

But of course it was just last year that the voters in Philadelphia overwhelming reelected Krasner as their DA.

Krasner defended his office’s handling of violent crime, arguing that gun violence has spiked over the last two years in other jurisdictions as well. He also said his office diverts some low-level offenders away from the criminal-justice system, unlike some of his predecessors, who he said relied “almost exclusively on the blunt instrument of jail and prison.

“This is an effort to impeach someone for political purposes who has done nothing corrupt and nothing illegal because they want to erase Philadelphia’s votes,” he said during a news conference last week. “They want to impeach our ideas.”

While the House is controlled by Republicans and the measure needs a simple majority to impeach, removal does not seem possible as it would require a two-thirds vote.

Experts don’t believe it would succeed.

Bruce Ledewitz, a Duquesne University professor of state and federal constitutional law, told the Philadelphia Inquirer that the majority of the articles of impeachment is not “evidence of corruption or clear misbehavior in office.

“Nobody has ever been impeached for this kind of stuff,” Ledewitz told the paper. “I think it’s a stunt.”

While some House Democrats expressed concern about Krasner failing to comply with a subpoena and even his approach to prosecution in Philadelphia, they appear more concerned with the use of impeachment here.

State Rep. Danilo Burgos for example, who represents a portion of Philadelphia said, “There’s nothing that says that [Krasner] committed a crime.”

“It’s starting to look like it’s been their plan all along to undermine the electoral process of the voters of Philadelphia,” he said. “The Republican leadership just wants to continue to create theatrical appearances.”

State Rep. Jared Solomon, also of Philadelphia told the paper “while he disagrees with Krasner’s approach and thinks the DA is ‘failing the citizens of Philadelphia,’ he hadn’t seen a ‘shred of evidence’ that would rise to the level of impeachment.

“We’re constitutional officers,” he said. “You would be overturning the will of the majority.”

At the heart of the impeachment report is the conclusion that Krasner’s office “is effectively a revolving door that puts violent criminals back on the street.”

But newly-released research reaches the opposite conclusion.  The progressive Center for American Progress found there is “no evidence to support the claim that progressive prosecutors were responsible for the increase in homicide during the pandemic or before it.”

Ronald Brownstein, writing in the Atlantic in a story published last week, said researchers found homicides “increased less rapidly in cities with progressive prosecutors than in those with more traditional district attorneys.”

This is exactly the kind of data cited in San Francisco, that showed that progressive San Francisco had a much slower rise in crime than areas like Oakland and Sacramento headed by traditional prosecutors.

The same was true in Los Angeles, which trailed behind places like Kern County and others for crime rate increases.

In August, LA Times columnist Anita Chabria notes that, while homicides are up across the state and many have put the blame on things like Gavin Newsom, Prop. 47 and Prop. 57 as well as progressive DAs for lowering penalties on nonviolent crimes and facilitating early prison releases, a deeper dive into the data shows a far more complicated story.

Chabria argues, “The biggest risks for homicides came in conservative counties with iron-fist sheriffs and district attorneys, places where progressives in power are nearly as common as monkeys riding unicorns.”

That research is now backed by more national findings.

We have mechanisms in place to deal with leaders out of step with their local constituents.  You could argue that recall—as inappropriate as it seems—at least relied on local voters.  But having state officials interfering with local elections is not only a threat to separation of powers, it is a threat to democracy itself.

We have focused heavily and rightly on 2020 Election Deniers, but we need to pay more attention to other efforts to overturn lawful and legitimate elections.

One thought on “Commentary: The War on Progressive Prosecutors Is Also a War on Democracy”