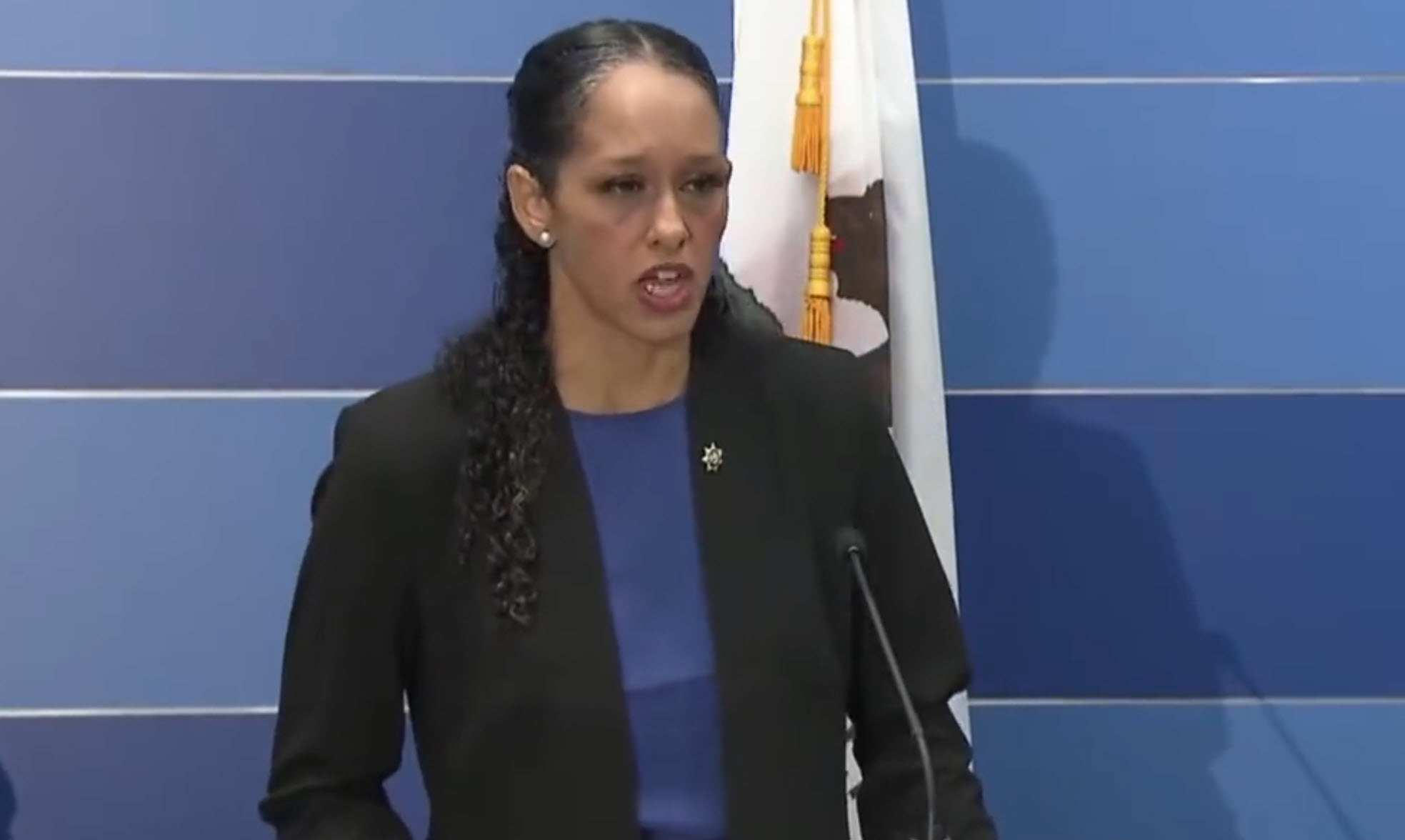 Jenkins in a tweet on Wednesday noted, “For the past 2+ years, drug dealing was essentially decriminalized in SF by the previous administration. Today, I joined @LondonBreed, @SFPDChief, & @mattdorsey to announce new stats about the progress we’re making + to discuss how we’re holding dealers accountable.”

Jenkins argues that since taking office, “[w]e increased felony narcotics charges filed by 95%. Doubled the amount of dealers who were arraigned. Filed 9 motions to detain + are advancing new legal theories/arguments to keep serious dealers off our streets.”

She also pledged, “We will do our part & work w/ City agencies & @SFPD to disrupt open air drug markets, restore public safety, & help those suffering from addiction get the help that they need. There’s more work to do. But, we are making progress & just getting started!”

Once again, however, critics such as San Francisco Public Defender Mano Raju pushed back.

In a statement, he said, “While it is encouraging to hear of coordinated efforts to expand treatment options and services, the heavy focus on relying on police and prosecutions to arrest and cage our way out of a public health crisis remains in direct conflict with decades of social and scientific data which indicates otherwise.”

The public defender’s office noted that evidence “from decades of the drug war has shown that punitive approaches, such as threatening homicide charges for drug sales in the case of an overdose, do not deter crime or drug use, but may deter people from seeking life-saving medical assistance.”

They cited a report from Fair and Just Prosecution that notes that such prosecutions “do not alleviate the risk of fatal overdoses; are ineffective as a deterrent to drug use, drug sales, and overdose deaths; can be legally problematic and consume significant resources; often target friends and family members; and worsen racial disparities in the system.”

Moreover, the Drug Policy Alliance concluded that “drug-induced homicide prosecutions waste resources that could be spent on effective interventions.”

Raju pointed out, “As public defenders, we want to save lives and have safe neighborhoods. As advocates for the majority of the indigent people arrested in San Francisco, many of whom live in neighborhoods greatly impacted by addiction and criminalization, we know that becoming entangled with the criminal legal system often leaves people in a worse place.”

One of the problems he noted: “The services that people are supposed to be able to access through the courts are wholly insufficient, which can result in prolonged incarceration while people are put on wait lists for underfunded services.”

Raju added, “Criminal records create barriers to employment and housing, which set people up for failure rather than for health and success.”

Thus, Raju believes, “Prosecuting subsistence-level drug sellers will do nothing to disrupt the supply and demand, and arresting someone using or selling drugs can often lead to worse health outcomes, like accidental overdoses. What San Francisco really needs is to prioritize universal health care and treatment on demand, along with other basic and vital support like housing.”

He added, “Now is the time to listen to and collaborate with public health experts and community-based treatment and harm reduction providers who are working daily to save lives and treat community members suffering from substance use disorders. While we are all deeply concerned about the impact of overdoses in San Francisco, we must be focused on evidence-based solutions.”

The public defender’s office said they will be holding a press briefing next week with public health experts and community-based treatment and harm reduction providers to provide further details.