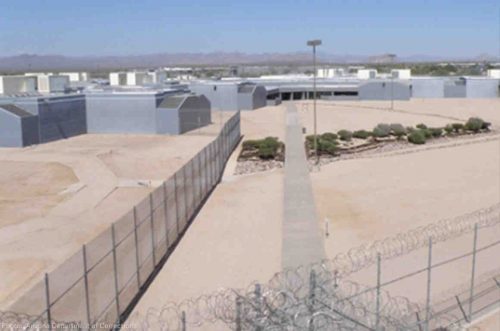 By Daniella Dueñas and Ava Schwartzapfel

WASHINGTON, D.C. – Behind U.S. Penitentiary Atlanta’s walls was a strong culture of corruption and abuse and misconduct revealing a definitive lack of oversight and inspection into the federal prison system, according to a 10-month bipartisan Congressional investigation.

This almost year-long investigation uncovered a lack of vigorous oversight in the federal prison system which resulted in some part death, health and safety risk for those working in the system and incarcerated individuals, as well as threats to the rights and safety of the public.

This bill would make it mandatory for the Inspector General of the Department of Justice to properly investigate and inspect Federal Bureau of Prisons 122 correctional facilities.

Each prison would be given a “risk score,” said the committee, explaining a higher score would indicate the facility needs to be checked more frequently and would need to find solutions to the problems found.

The Federal Prison Oversight Act would also appoint a separate DOJ Ombudsman to conduct these inspections inside the facilities, and require a safe hotline and online form for the friends, family, and other individuals associated with the incarcerated people within their respective facilities so that they may be able to send in any questions, comments, or concerns regarding the facility.

According to Sen. Braun, “More transparency and accountability will help create a safer environment for the correctional officers and staff who work in our federal prisons, and will help crack down on violence against corrections officers and contraband that endangers the health and safety of prison staff.”

In the House, members Rep. Kelly Armstrong (R-ND) and Rep. Lucy McBath (D-GA-06) proposed companion bipartisan legislation affirming that it would ensure all people within the prisons, including incarcerated individuals, staff and visitors, would be secure.

Rep. Armstrong said it would “allow us to hold it [federal prison system] accountable” and lessen fear over violence, misconduct, and abuse that ensues within correctional facilities.

Congresswoman McBath echoed this, noting, “Our federal prisons must serve as an institution that rehabilitates individuals and prepares them for reentry into society—that cannot happen without putting meaningful accountability measures in place.”

The bill is supported by public safety organizations such as Families Against Mandatory Minimums (FAMM), the Council of Prison Locals (CPL), civil rights, and prison unions.

National President Shane Fausey of the Council of Prison Locals said, “Independent oversight and transparency with the Bureau of Prisons has become both essential and necessary. This is a big step in the right direction for everyone, and the American people deserve nothing less.”

Kevin Ring, President of FAMM, supported the bill to establish independent oversight of the nation’s 122 federal prisons. FAMM is a national nonpartisan advocacy organization that promotes fair and effective criminal justice policies that safely reduce incarceration, save taxpayer dollars, and keep families together, according to its website.

A poll conducted by FAMM showed that 82 percent of Americans feel there should be a system of independent oversight of our federal prisons.

Ring said, “families with incarcerated loved ones for years have been calling for greater transparency, safety, and accountability from our federal prisons. The bipartisan bill introduced today answers their calls.”

Ring added, “It’s been said that sunlight is the best disinfectant — and yet our prisons are the darkest places in the nation.” he continued. “With no meaningful oversight, incarcerated people and correctional officers are not safe, and our elected leaders are not even aware of the problems that need to be fixed.”

Daniella Dueñas is a recent graduate from the University of California, Davis. She double-majored in Political Science and Sociology, with an emphasis on law and society. Her interest is primarily in immigration law, however, she is also interested in criminal law and justice. Daniella plans to attend law school in the future, but is working towards getting a certificate from an ABA-approved paralegal program.