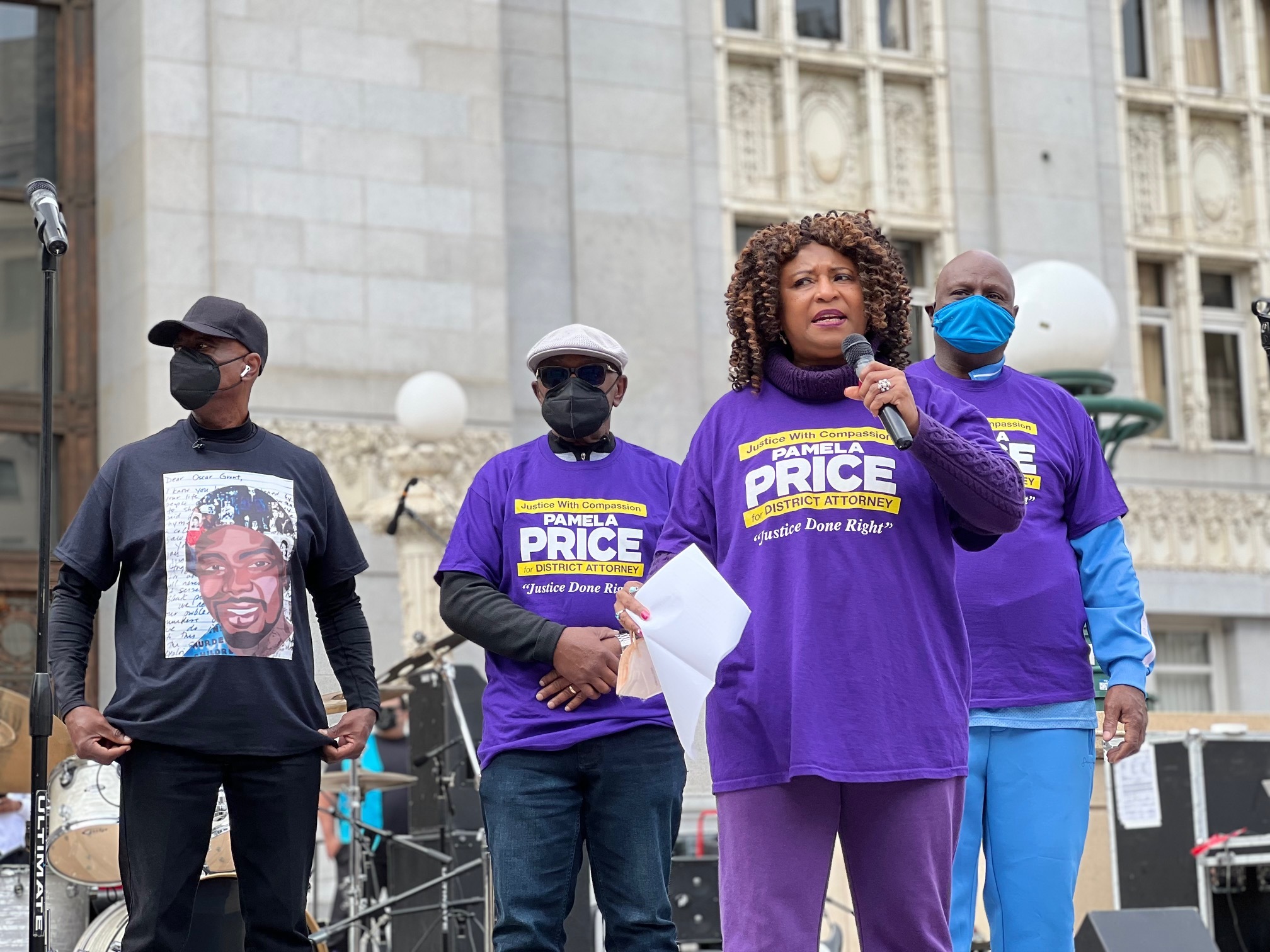 Price, a longtime civil rights attorney, fought a long and aggressive campaign to defeat Terry Wiley, a career prosecutor who was endorsed by outgoing DA O’Malley. Price makes history as the first Black woman elected to the position.

“Alameda County residents have spoken through the ballot box,” said Rocky Hunt, Participatory Defense Coordinator, Communities United for Restorative Youth Justice and a member of the District Attorney Accountability Table, a coalition of local community-based organizations committed to ending mass incarceration, eliminating racism from the criminal legal system, and police accountability. “They are tired of business as usual and don’t want to continue seeing the same harmful, failed approaches that have destroyed so many Black and Brown lives. We congratulate Price on her victory and look forward to meeting with her soon to support a just transition with systems-impacted community

members at the table.”

Price ran on a social justice platform despite this election year being contentious for progressive district attorneys across the nation. During her campaign, Price promised sweeping policy changes to the current DA’s office—including alternatives to incarceration, not charging youth as adults, not seeking the death penalty, holding law enforcement accountable, reducing the Santa Rita Jail population, and investing in non-law enforcement public health resources to reduce crime.

“We look forward to ensuring that Pamela Price upholds the community’s values, vision and to take active steps to align the office’s practices with the community’s call for decarceration, decriminalization, and prosecutorial accountability,” said Cynthia Nunes, Decarceration Coordinator, Urban Peace Movement and a member of the District Attorney Accountability Table.

The District Attorney Accountability Table is prepared to hold District Attorney-elect Price responsible for centering systems-impacted people and prioritizing expanding alternative solutions that move us away from punitive systems that fail to keep our community safe.

The DA’s race was not the only change in Alameda County.

“From a new Sheriff to a new District Attorney, the 2022 election offers a real opportunity for change for young people of color, their families, and communities that have historically borne the brunt of failed criminal justice policies,” the Urban Peace Movement stated in a release.

“Alameda County voters spoke loudly through the ballot in favor of new leaders who ran on platforms to challenge the status quo and further new and alternative approaches to safety, justice, and comprehensive solutions for safety for our communities, that include mental health and economic solutions, as well as:

“These elections were an opportunity for community members to have their voices heard and to demonstrate, through their vote, their frustration at failed policies which have criminalized Black communities and other communities of color for too long. These results mean we have a historic opportunity to shape the future of our communities,” the statement continued.

Urban Peace Movement said it “looks forward to working collaboratively with incoming Supervisor Lena Tam, incoming District Attorney Pamela Price and their staff to shift the county away from the failed ‘tough on crime’ approaches that heavily criminalize Black and brown communities and focus on comprehensive community-based violence prevention strategies, including the approval of a county-wide table to reimagine youth justice.

“New DA Pamela Price’s 100-day plan can also play a key role to redefine justice in the communities most affected by violence.”

“We are ready to reimagine youth justice alongside our new county leaders,” they added.