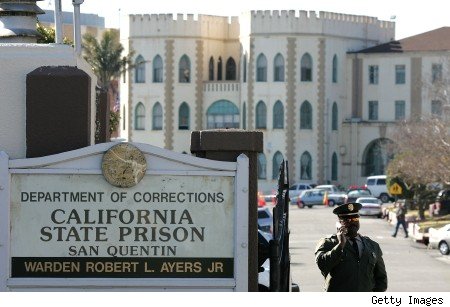 Political campaigns, unfortunately, are times when exaggerated political claims trump the need for truthful and honest discussions.  Such is the case in the recent column by Debra Saunders, dubbed the “Token Conservative,” in the San Francisco Chronicle.

After her account of Marc Klaas, she notes, “Thanks to a highly successful defense lobby and federal judges who have stalled the enforcement of California law, only 13 of the state’s death row inmates have been executed since 1992.”

She continues: “So now the folks behind Proposition 34 argue that California’s death penalty is ‘too costly’ and ‘broken beyond repair.’ End the death penalty, they say, and Californians will save money on sentencing trials, costly appeals and ‘special death row housing.’ “

She then cites the LAO report that estimates that Proposition 34 could bring about $100 million in savings annually in the first few years.

“There’s a caveat with that number,” she writes. “The Legislative Analyst’s Office also noted that it cannot compute the financial effect that might follow if murderers stopped pleading guilty and making plea bargains that enable them to avoid death row.”

Here she goes back to Marc Klaas, who believes that “the anti-death penalty lobby is asking Californians to disarm themselves unilaterally.”

He cites the case of John Gardner, who, after a 2010 murder, took a deal in which he admitted to two killings and led authorities to the remains of the second victim.

Ms. Saunders writes: “Parents Brent and Kelly King agreed to the plea bargain because, they said in a statement covered by CBS News, their family had been through ‘unthinkable hell’ for 14 months. “We couldn’t imagine the confession to Amber’s murder never seeing the light of day, leaving an eternal question mark,” they said.”

She quotes Marc Klaas who told the Chronicle, “You take the death penalty off the table…  Crimes will not be solved. Victims will not be recovered.”

She adds, “Without the death penalty, it is doubtful that Jared Lee Loughner would have pleaded guilty to a 2011 shooting in Tucson, Ariz., during which he killed six and wounded then-Rep. Gabrielle Giffords. Given his history of mental illness, it’s not clear whether Loughner would have been found guilty.”

Therefore she argues: “Even when it doesn’t work, the death penalty works.”  And adds: “At least with the death penalty on the books, there’s a good chance that some of the worst offenders will agree to a sentence of life without parole in order to avoid lethal injection.  In such cases, there is quick resolution and certainty of outcome, and victims’ families need not worry about an offender’s getting off, because the defendant has no grounds for appeals. All of the outcomes that the anti-death penalty lobby extols —- cheaper, faster and more certain —- exist only because of the death penalty.”

It is an interesting point that she makes, but it is largely an anecdotal one.  From a cost perspective, we would need to know how many of these type of cases there actually are.  Given that California has only executed a handful of people, given that a defendant is afforded two attorneys at trial, given they are afforded greater resources in terms of investigators, and given automatic appeals at state expense, it is far from clear to me that the incentive exists for defendants to take a plea for LWOP in California.

Defenders of the death penalty are quick to note the slowness of the system, but slow to note the problems in the legal system that necessitate the delays.

The Sacramento Bee, long-time defenders of the death penalty, this month shifted course.

Comparing California to Texas, which has accounted for more than one quarter of the nation’s executions, the Sacramento Bee noted, “Texas has a record of taking shortcuts with the law. It has executed individuals who had poor legal representation and has disproportionately meted death sentences to African Americans and other people of color. As we noted in the first installment of this series, there is strong evidence that in 1989 Texas executed a man who may have been innocent, Carlos DeLuna.”

The number of people who have been exonerated from death row or elsewhere is growing and most of those exonerations occur 15 to 20 years after the fact.  Recently, a man got a hearing after being incarcerated for 42 years.

Facing this issue, it is very difficult to accept the premise that the problem with the system is that we take too long to process.

But the final problem with Ms. Saunders argument is that we have comparative states.  17 states do not have the death penalty.  That includes populous states like Connecticut, Illinois, Massachusetts, Michigan, New Jersey and New York.

There have been studies.  A study published in the peer-reviewed American Law and Economics Review examined the impact of the reinstatement of capital punishment in New York on the rate of plea bargains.

That is as we would expect, in fact.

For instance, we know that Marco Topete, tried and convicted by a Yolo County jury last year and sentenced to be executed earlier this year, was never offered LWOP.

The DA in that case clearly wanted to seek the death penalty for political or philosophical reasons, to make a statement and put a convicted cop-killer behind bars.

However, other studies suggest that the death penalty might be used as leverage by DA’s in more problematic cases.

A 2008 study by Susan Ehrhard in the Justice System Journal found, “One of the most troubling criticisms of plea bargaining is that it is coercive, insofar as prosecutors may use their discretion to induce defendants to forfeit their trial rights out of fear of receiving a harsher sentence if they do not plead guilty.”

She argues that the threat of execution may be sufficient to scare people into falsely pleading guilty to crimes that they did not commit.  Many defendants facing a death sentence do not have access to competent legal representation and thus may give up their rights out of fear of worse punishment.

The Death Penalty Information Center cites a 2009 case where the Nebraska governor released six prisoners, five of whom had falsely confessed to a rape and murder that occurred more than twenty years earlier.

Finally, how does Ms. Saunders know that the defendants in the few examples she cites wouldn’t have pled guilty even without the possibility of the death penalty?  Her column is long and speculative, and avoids a number of critical questions.

Share:
Previous : Council Preliminarily Votes to Give Next Council a Raise
Next : “Claire”-ifying the Davis Enterprise Story on Cecilia Escamilla-Greenwald’s Candidacy for Davis City Council