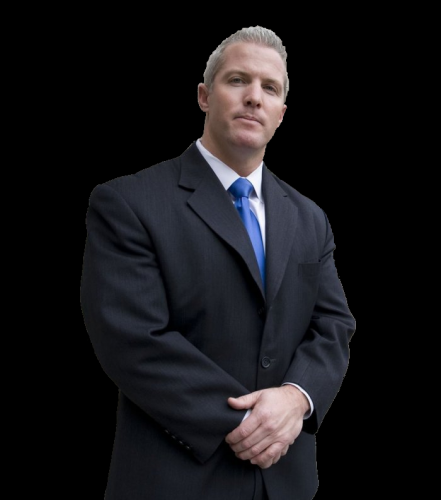 During his report to the County Board of Supervisors at last week’s meeting, Yolo County District Attorney Jeff Reisig expressed concerns about Proposition 47 and what he cites as rising crime.

Mr. Reisig told the Board of Supervisors that, over the last several years, “what we’ve seen is increasing property and violent crime in Yolo County.” While he blamed this on AB 109 and expressed concerns about Prop. 47, he acknowledged the trend in Yolo County “isn’t in line with statewide averages.”

He noted that “all of it coincides with the implementation of AB 109 and then more recently with Prop. 47 where we’ve already started to see in the short amount of time that it’s been in place, a big spike in property crime in Yolo County.”

He called Prop. 47 “basically a decriminalization in crimes that used to result in a state prison sentence.”

Mr. Reisig said, “We can debate the merits of the policy, but it’s moot because it’s law. We’re going to be struggling to find creative ways to deal with the fall out.”

Supervisor Matt Rexroad asked if we know that the people who are released on Prop. 47 are the ones committing the crimes. Mr. Reisig responded that five months into this, yes, “what we are seeing is revolving door on these low level arrests.”

Mr. Reisig told the Board that, while they have the space to put misdemeanor defendants into custody, “the challenge is frankly the court and getting the judges to adopt that type of approach.”

Currently, judges are not giving jail time for drug offenses, Mr. Reisig said. Instead, they are referred out to the probation department for a review to determine what they of services they need, “but we don’t have any services being offered to them right now.”

“Our hope is that, yes, all the studies show that drug offenders, that when you have incarceration or at least the threat of incarceration as part of the formula to get them treatment, it works better,” he said.

Supervisor Jim Provenza said, “When people voted for the proposition they were probably assuming that people would get time in jail when it was reduced from a felony to a misdemeanor.”

Mr. Reisig added, “It was also assumed that there would be money for treatment, but that’s not true. There is no money from Prop. 47 until potentially 2016, and even that is yet to be realized.”

Some have naturally taken this presentation by the district attorney as confirming their fear that Prop. 47 will lead to a dramatic rise in crime.

The data even on AB 109 is early and inconclusive. A January 2014 report, analyzing 2012 data, showed no statewide pattern between AB 109 Realignment and crime. A study from the Center on Juvenile and Criminal Justice found “no conclusive trends demonstrating a causal relationship between Realignment and crime, even among counties in close geographic proximity.”

They added, “There may be non-Realignment factors that inform an increase in certain crimes.”

This report offers a cautionary tale for Mr. Reisig’s analysis: “The lack of a clear pattern—in fact, it is hard to imagine a pattern that is more ambivalent and complicated—indicates the perils of drawing hard conclusions about a single, albeit important, public policy change such as Realignment based on short-term crime trends.”

Instead, they write, “The data do not support either conclusion; in fact, self-reliant counties seemed to have somewhat more favorable crime trends. In addition, violent crime trends do not seem to be affected by level of Realignment or by degree of local versus state management.”

Mr. Reisig in his presentation argued that they have seen a huge increase in property crimes in the last few months, which he attributes to Prop. 47. He argued that they are seeing a revolving door.

However, when Supervisor Matt Rexroad asked for data, Mr. Reisig indicated that he is collecting it, but he did not share any. Given the gravity of his claims, it would have been helpful if he had been able and willing to present even a few months’ worth of data to back it up.

Instead, Mr. Reisig focused on how police are handling meth arrests, suggesting that they are being given tickets, the judges are referring them to probation and arguing that there are no resources for treatment.

However, Yolo County has some options that the DA has reportedly refused to take. One possibility is to divert Prop. 47 defendants into treatment at the Yolo County Day Reporting Center. The DRC was opened in February 2013 and it provides vocational training, life skills which are designed to teach offenders the skills they need to find a job.

One of the programs they have includes drug and alcohol treatments.

The district attorney complained that they do not have services available and yet has reportedly refused this as an option, for reasons that are not immediately clear.

Supervisor Provenza stated that most people in his estimate assumed that there would be jail time still for the misdemeanors. However, our assumption was the Prop. 47 would begin to shift the way we handle low-level drug offenses from a punishment to a treatment-based approach.

While we sympathize that there is a lag time between the implementation of Prop. 47 in December 2014 to the availability of new monies to the counties in January 2016, there are still service options available that the DA has simply refused to consider.

The bottom line is that Prop. 47 is not going to go away anytime soon. The DA is right about the need to get creative. From our observation in the courtroom, their creativity has been on the punishment side, trying to stretch some possession cases into possession for sales – that’s not going to work very well.

We should utilize our resources to go to a more restorative and treatment-based approach. It is ironic that, in the same talk where he trumpeted the success of his Neighborhood Court Program, he failed to recognize the potential for extending that program to cover Prop. 47 cases.

Share:
Tags:AB 109Board of SupervisorsJeff ReisigJim ProvenzaMatt RexroadProp 47Recidivism
Previous : A Day Without a Cup of Coffee
Next : Analysis: Cannery Developer Stood to Make a Large Profit Even Before CFD

17 thoughts on “Eye on the Courts: Yolo DA Already Complaining About Prop. 47 Impact on Crime Rate”