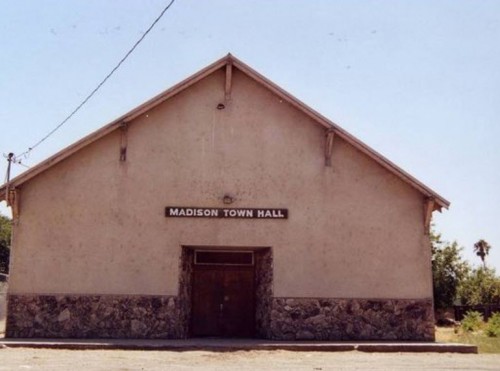 A preliminary hearing began this week for Daniel Portugal, accused of stabbing several people at a quinceañera, a ceremony for a girl’s 15th birthday, in Madison.

“He has a knife! He has a knife!” a witness yelled in October of this year. The stabbing of several people took place at Madison Town Hall. Yolo County Sheriff’s Deputy Lech Garcia was the first officer to arrive on the scene and he found chaos. There were a lot of people outside yelling and in a state of panic, but they were able to direct Deputy Garcia inside.

Once inside, the deputy found more people in a panic and he headed to a large group in the northwest area of the room. He found them holding down the defendant, Daniel Portugal. All the people there identified Mr. Portugal as the one who started stabbing people. The defendant himself had a bloody nose and a few scratches and was later taken to the hospital himself.

When the defense started questioning Dep. Garcia, it was brought to light that many of the people pinning down the defendant were yelling threats at him. Once Dep. Garcia secured Mr. Portugal, he led Mr. Portugal to the car for his safety, as well as that of others.

Dep. Garcia admitted that he was worried for his and Mr. Portugal’s safety due to the threats being yelled at Mr. Portugal. When Mr. Portugal first left with Dep. Garcia, he told the deputy that he did not know if he had been stabbed or not.

After Dep. Garcia made sure there was no visible blood coming from anywhere on his body, he went to check on the other people.

When Dep. Garcia went back to Mr. Portugal, he had to shine a light on him to make sure he was still breathing. At that point, he took him to the hospital because it was not safe for Mr. Portugal to be checked out at the scene, due to the angry crowd.

The next person to testify was Deputy Juan Ceja, who was working with many of the stabbing victims at the crime scene. The first person Dep. Ceja helped was a woman who had a very deep laceration on her arm. Due to the seriousness of the injury, Dep. Ceja had to make a tourniquet for the woman, and the woman also had some injuries to her face.

Dep. Ceja, using some protective gloves, bagged the knife into evidence. The knife was a three-inch long folding knife, seared near its black rubber-like handle. The knife was open on the ground, covered in blood.

When Deputy Public Defender Andrea Pelochino questioned Dep. Ceja about how he found the knife, he admitted that he never took any pictures of the knife or made a diagram of where the knife was on the floor. Dep. Ceja also noted that that he didn’t see any alcohol around, despite the fact it was a party and there was a bar in the back of the room.

Another sheriff’s deputy was interviewing the security personnel present at the party, and one of them ran inside to stop the fight. When the security guard tried to get in the middle of the fight, Mr. Portugal tried to swing his knife at the security guard’s neck, but ended up punching him in the face instead. The deputy then went on to describe several of a victim’s wounds – a stabbed knee, a stabbed shoulder, and a four-inch slash to the neck that required nine stitches.

Mr. Portugal replied that he was worried about the people he saw lying on the ground because they were not getting up. He continued to say “a rumble broke out,” and claimed that he tried to break up the fight. Det. Hoyt then asked Mr. Portugal how he knew about the party and Portugal told him that a friend had invited him. Other than that, he could not identify any of the other people at the party.

When Det. Hoyt asked Mr. Portugal if he had had any alcohol, Portugal answered that he had one to two beers. Mr. Portugal added, when questioned, that he was not currently using marijuana. However, Dep. Garcia had pulled him over a few weeks earlier for having marijuana and had warned him about the laws regarding marijuana. Mr. Portugal was released from the hospital after the interview.

Later, Detective Hoyt had another interview with Mr. Portugal, and the defendant refused to provide information regarding his friend who let him into the party. This time Mr. Portugal admitted to having three beers and that he was rolling a marijuana joint when the fight broke out.

Mr. Portugal said he pulled five different people away from the fight and that he was punching people and being punched by people. When Mr. Portugal was asked about the knife, he said he had never seen or touched the knife before.

However, when Det. Hoyt asked him why his DNA was on the knife, Portugal responded that he might have accidentally touched the knife. But the blood spatter on Mr. Portugal’s sweatshirt told a different story, that the blood had dropped off the knife and onto his sweatshirt.

Witnesses also had a different story and, when asked to identify the person responsible in a photographic line up, they all pointed to Mr. Portugal.

One witness, who guarded the knife until police officers arrived, said he had run into Mr. Portugal twice earlier in the night. Once was a conversation about where to buy marijuana and the other time when the witness was bartending. When Mr. Portugal allegedly started attacking the band members, the witness said that he ran over to help and kicked Portugal five times until he dropped the knife. When Mr. Portugal and the witness were fighting is when it is believed that Portugal ended up fracturing his nose on the speaker.