Police Officers Must Personally Pay At Least $350,000 For 2003 Beating of Iraqi War Veteran

(From Press Release) – This week, the Ninth Circuit Court of Appeals upheld a 2012 judgment and attorney’s fee award against several individual City of Vallejo police officers who used excessive force back in 2003, against Iraqi war veteran Jason Deocampo, for shoving and beating the US former Air Force officer with their batons, whose arms were raised over his head in surrender while complying with their commands.

The Ninth Circuit reaffirmed long-standing precedent that a judgment in Section 1983 civil rights claim against officers in their personal capacities are the officers’ personal liability and not that of their municipal employer-City of Vallejo. This decision is vitally important making it clear that cities cannot use bankruptcy as a basis to reduce the debt owed to plaintiffs who suffered civil rights violations at the hands of police officers. Even when California law allows the municipalities to indemnify officers found liable for violating a person’s civil rights, indemnification by a bankrupt city cannot reduce the debt owed to the officers’ victims.

Civil Rights attorney John Burris stated today “At the time of the law suit Vallejo was in bankruptcy and they sought to use the bankruptcy to protect the city and the officers from paying for this grievous beating.”  Burris ecstatically stated,  “This decision means that police officers cannot use the City’s bankruptcy to hide from paying for their misconduct . . .   the Ninth Circuit has reaffirmed that the officers must pay at least $350,000 which (is) as it should be,” says Burris.

Burris further stated, “The decision was a long time coming for Mr. Deocampo, a military veteran, who was beaten and chased by Vallejo officers ostensibly because he (was) asking questions about the officers’ physical conduct toward a young man in the neighborhood. Burris said (that) “it, his decision, will have a major impact on others cases where Cities in bankruptcy want to insulate their officers from paying for their misconduct.”

Man Gets Tased For Asserting His Constitutional Rights

Police in Aurora, Colorado, got a call about a man pulling a gun on a kid. They had no description of the suspect. On their way to the scene, they stopped two Black men walking down the sidewalk.

Darsean Kelley, one of the men, followed the officers’ orders to hold his hands above his head and turn around. His repeated requests for an explanation as to why they had been detained went unanswered. Even though it was clear he had no weapons and he was no threat to the officers, Darsean was tased in the back just as he said, “I know my rights.” Darsean fell backwards and hit his head on the pavement.

The officers had no reason to detain them. They had done nothing wrong. When Darsean asked to talk to the officer’s boss, noting that there were witnesses to the tasing, the officer responded, “Hey, look right here. It’s all on video, sweetheart.”

Darsean was arrested and charged  with “disorderly conduct.” The ACLU represented Darsean, and the prosecutor dropped the charges.

We all have the Fourth Amendment right to be free from excessive and unreasonable force by the police.  No one should be punished for knowing and asserting their rights.

John Krieger is Communications and Outreach Director of ACLU of Colorado 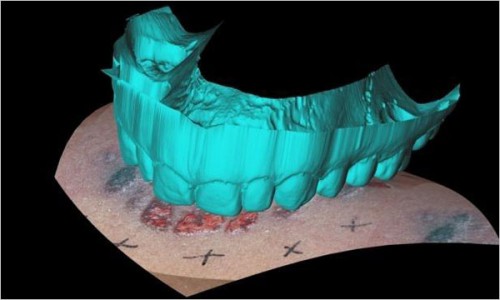 In a report that won’t be released yet, the White House has concluded what many social justice reformers have long ago – that bite-mark evidence is not scientifically valid and is unlikely ever to be validated.

Last week, the LA Times wrote, “Forensic analysis commonly used to link guns, blood, bite marks and shoe prints to criminal suspects is not based on sound science, and judges should be careful about admitting such evidence in court, according to a draft report by a presidential commission.

“The report by the President’s Council of Advisors on Science and Technology is especially critical of subjective testimony by experts linking evidence collected at crime scenes to specific people or things, in particular bite marks to a suspect’s teeth or shoe impressions to specific footwear.”

This week The Intercept has additional details: “The President’s Council of Advisors on Science and Technology (PCAST) has concluded that forensic bite-mark evidence is not scientifically valid and is unlikely ever to be validated, according to a draft report obtained by The Intercept. The report, titled ‘Forensic Science in Criminal Courts: Ensuring Scientific Validity of Feature-Comparison Methods,’ is marked as a ‘predecisional’ draft created August 26 that is not to be quoted or distributed, though the title page suggests the report will be made public sometime this month. . . .”

They add, “In the case of bite-mark evidence, the report is especially critical. ‘PCAST finds that bitemark analysis does not meet the scientific standards for foundational validity, and is far from meeting such standards,’ it reads. ‘To the contrary, available scientific evidence strongly suggests that examiners cannot consistently agree on whether an injury is a human bitemark and cannot identify the source of [a] bitemark with reasonable accuracy . . .'”

They continue, “While the report acknowledges the dentists’ concern that excluding bite-mark evidence ‘could hamper efforts to convict criminals in some cases,’ it rejects the idea that this alone is sufficient to warrant the practice. If the dentists’ concerns are valid, ‘the correct solution, from a scientific perspective, would not be to admit expert testimony based on invalid and unreliable methods, but rather to attempt to develop scientifically valid methods,’ it reads. ‘However, PCAST considers the prospects of developing bitemark analysis into a scientifically valid method to be low. We advise against devoting significant resources to such efforts.’”

The Washington Post notes, “The report also criticizes other ‘pattern matching’ forensic fields with varying degrees of severity, including shoe-print matching, firearms analysis, tool-mark analysis and even fingerprint matching (which likely has more evidentiary value than most other pattern-matching disciplines but is often overstated and needs more research to determine accuracy and margin for error). Pattern-matching fields of forensics basically involve a self-proclaimed expert looking at a piece of evidence and declaring by his or her own judgment whether it excludes, is consistent with or ‘matches’ a suspect. It’s highly subjective, and the most successful practitioners aren’t necessarily the most thorough or careful analysts, but (are) the people who are best at persuading juries.”

The commonality in the flaw is that “we just don’t know how unique these patterns actually are.”

Last week, the National District Attorneys Association (NDAA) immediately put out a response attacking the findings. “The forensic disciplines that the PCAST authors attack are (and have been) reliably used every day by investigators, prosecutors, and defense attorneys across the United States to aid in both exonerating the innocent and convicting the guilty,” the group wrote. “The PCAST position regarding the use of forensic science is scientifically irresponsible. Adopting any of their recommendations would have a devastating effect on the ability of law enforcement, prosecutors and the defense bar to fully investigate their cases, exclude innocent suspects, implicate the guilty and achieve true justice at trial.”

NDAA president Mike Ramos, the elected district attorney in San Bernardino County, California, said that the NDAA will “continue to serve the citizens of this great nation,” in part by defending the criminal justice system “against those who would seek to undermine” it.

The Intercept notes that “it was under Ramos’s leadership that Bill Richards was wrongfully convicted of his wife’s murder; his office tried Richards three times before finally getting a conviction, and did so only after the questionable bite-mark evidence was introduced. After the California Supreme Court in late May threw out that conviction, which it determined was based on junk science, Ramos’s office made it clear to defense attorneys that they would seek to try Richards again. Ultimately, Ramos’s office dismissed the case, and Richards was finally freed.”

3 thoughts on “Justice Watch: Justice for Man Beaten in Vallejo; Man Gets Tased for Asserting His Rights in Colorado; Bite Marks Analysis”