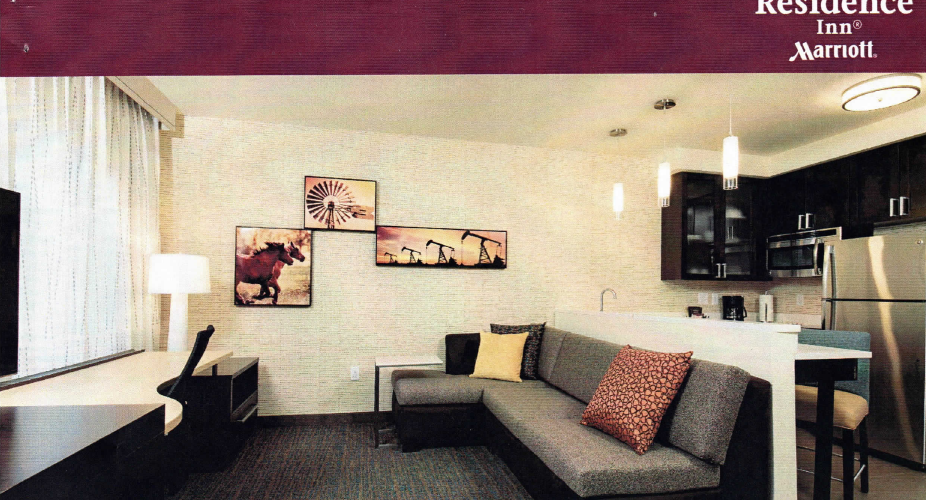 There will be two hotel proposals on Tuesday’s agenda and, unlike its counterpart the Hyatt House, the proposed Marriott Residence Inn – an extended-stay hotel proposed for Fermi Place near the intersection of Mace Boulevard and Second Street, a 2.69-acre parcel that currently lies vacant – has generated nearly no opposition.

On Thursday, the Vanguard met with the development team which believes that there is space in the market for what they call a true extended-stay hotel.  They have looked at the location and the market for the last year and a half, and believe that there is no such product in Davis, while there has been leakage to outside the area.

Because of the lack of the extended-stay product and the lack of a Marriott in Davis, there are a lot of people who are not finding their way to Davis.

The team does not believe that a conference center is important to the extended-stay hotel.  Instead, they see business travelers, research training, people who are relocating, and families as their potential targeted clientele.

They believe there is already a market for their product in the Mace Ranch area – citing big companies like Mori Seiki, HM Clause, Schilling Robotics and others that are already on Second St. and in need of space for their business needs.

They also believe that being on the east side of town, with the development of Legacy Fields and soccer tournaments, they can serve those visiting families, many of whom are looking for full kitchens rather than eating out all the time.

Staff writes, “The Planning Commission noted proximity to businesses such as Mori Seiki, as well as the Davis Legacy soccer fields south of Interstate 80. Commissioners noted the site’s distance from UC Davis as underscoring the need for transit and bicycle accommodations.”

At the same time, there is some concern about the ability to reach LEED status.  When the city council was putting Nishi on the ballot last spring, there was a prolonged discussion as to whether that project could obtain LEED Platinum.

There are some challenges with the location.  The staff report notes, “Sustainability features including carport photovoltaic panels generating an estimated 75 kilowatts of electricity, a commitment to achieving a LEED equivalency certification through a mutually agreeable third party, and purchasing any remaining electricity from offsite renewable sources through the proposed City of Davis Community Choice Energy JPA.”

The applicant is continuing to explore opportunities to increase their sustainability commitments and, at the time of drafting this report, have agreed to the following:

Staff recommends “the applicant’s sustainability provisions be included as conditions of approval for the conditional use permit.” Staff further recommends that “the applicant increase their sustainability commitments by building the project to a minimum LEED Silver equivalency certification standard that would be verified through a third party energy consultant agreeable to the City. The applicant has voiced concerns about their ability to achieve points necessary to obtain a LEED Gold equivalency after a detailed review of the criteria.”

This is similar to what the development team told the Vanguard. Their initial inclination was not to chase LEED due to the suburban location that makes such a status difficult to achieve.  The city has asked them to at least obtain LEED equivalency.

However, they believe that they can achieve LEED certification but not at the Gold level.  They noted that Jackson Properties has done other LEED office buildings, but at this stage in the process they do not want to overstate the level they can reach.  They are not wanting to make promises that they can’t hit.

The site not being at an urban location makes it tough to get enough points in LEED’s scoring system, and therefore they believe that LEED Gold is pushing it.

Staff is recommending, in order to further the sustainability commitments, “that a third party photovoltaic consultant/designer agreeable to the City be engaged to further refine the photovoltaic system sizing for the project to ensure the system size achieves optimum energy production for the project in a manner that makes economic sense subject to review and approval by the Director of Community Development and Sustainability.”

The big advantage of the Residence Inn is that it is not close to residential uses.  The adjacent neighborhood already has Target in between it and the proposed hotel.  And while the neighborhood bitterly opposed Target, there has been almost no pushback on the hotel.

The Planning Commission noted that the hotel use is compatible with nearby business uses.

The Vanguard did talk to the developers about the lack of restaurants near the hotel.  Dan Ramos, who owns the land, pointed out that the entire 11-acre property along Mace was originally planned for hotels with restaurants, in order to serve the businesses in the area.  His belief is that restaurants could come forward as demand is established.

But, for their part, they believe that with an extended stay, many people who stay there will be utilizing the full kitchen rather than eating out every day, and therefore the proximity of Target which is across the street and within easy walking distance is more important than the lack of immediate nearby restaurants.

31 thoughts on “Will Residence Inn Get to LEED Status?”