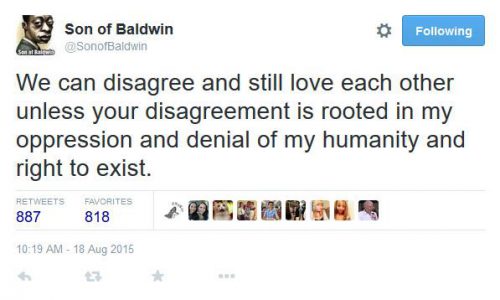 As many of you are likely aware, Milo Yiannopoulos is currently set to speak at UC Davis (after being invited by the Davis College Republicans) on Jan. 13.  One common narrative that has been put forward, including by the authors of articles (or possibly “columns,” lest I upset Bob Dunning) in The Davis Vanguard and The Davis Enterprise, is that no matter how we may feel about Milo’s beliefs and rhetoric, “free speech” means we must accept his “right” to this platform.

On its surface this line of reasoning seems logical and I certainly understand being reluctant to support the administration banning him on their own because of how much power they have and how undemocratic they are.  However, students and workers using collective action to force a cancellation is a different story, or as another UC Davis graduate student, B.B. Buchanan, put it: “We are not the government, we are the people. Milo Yiannopoulos should be free from government repression, that’s why it’s up to people and communities across the U.S. to rise up and deny white supremacists and fascists access to public platforms through which they can promote violence.”

However, when examined further it becomes clear that this notion of “free speech” overlooks a variety of important factors related to the principle of free speech (as opposed to the legal definition which isn’t really the issue here) including power dynamics and whose speech is really protected (and whose isn’t).  Before going any further it needs to be stated that I’m neither the first person to come up with nor the first one to express these ideas and instead, I’m just rephrasing them here in the context of this most recent controversy.  Now onto the primary arguments.

First off, it must be acknowledged that almost nobody would support any and all speakers.  For instance, I doubt someone who supported ISIL or denied the Holocaust would be given such a platform so readily.

There is always a line and the question then becomes where to draw it (and who has the authority to do so) as opposed to whether or not it should exist, regardless of how many (or few) people realize this.  Just because your standard coincides with that of the larger society and absolves you from having to think critically about what exactly free speech means most of the time doesn’t change the fact that you draw the line somewhere.

Building off of the previous point, there’s also the question of who gets these speaking platforms to begin with.  Those who hold the most privilege and power have a much easier time expressing their beliefs publicly than those at the margins.  In turn, these privileged views (which uphold systems of oppression and are merely less overt forms of what Milo preaches) receive far more attention than the perspectives of those with relatively little power and form the dominant narrative within our society.

This disproportionate allocation of speaking time and publicity constitutes an effective censorship of certain ideas and experiences but our society erases and ignores such violations of the broad principle of “free speech” because they serve the interests of those at the top.

In addition to this, we also need to understand the harm that people like Milo cause through their speech.  For one, there’s the threat that his rhetoric will incite certain individuals to directly assault and harass others, especially people from vulnerable groups.

This is especially pertinent given the increase in hate crimes since the election and the blatantly bigoted nature of some of the things Milo and his followers have been known to advocate.  Then there’s the fact that emboldening those who hold and promote such oppressive ideas creates an even more hostile environment in a place (UC Davis in particular and the city of Davis more generally) that’s supposed to be safe and welcoming for everyone (which has never actually been the case, but that’s a different discussion) because as B.B. points out, for those on the margins the words of people like Milo “are all too familiar — they aren’t speaking anything new, but are instead reproducing words hurled at us while we’ve been beaten, deported, assaulted, and denied livelihoods. … When we say that these words, and these speakers, are dangerous, we don’t mean ideologically or in the abstract. … We’re talking about our lives.”

We need to show people like Milo that we won’t accept or normalize their dehumanizing beliefs.

Finally, Milo’s style is far worse than a lot of other speakers even when their views are similar.  For instance, he’s targeted specific students and faculty members for harassment on multiple occasions.  The most infamous example of this thus far is probably that of him mocking a trans student at UW Milwaukee.

There’s a difference between being uncomfortable and being unsafe. Being made to feel uncomfortable by having one’s beliefs challenged is necessary and good but being made to feel unsafe by having one’s existence challenged is not.  What speech should be allowed and in what context is an important conversation to have but the starting point can’t be a false appeal to an absolute notion of free speech that’s never really applied.

Furthermore, Milo’s speech is clearly dangerous and we are under no obligation to give him an official platform when his violent views already have numerous platforms while the voices of more marginalized groups and individuals do not.

Connor Gorman is a fourth year graduate student in physics at UC Davis and a head steward in the Davis chapter of UAW Local 2865, the union that represents Academic Student Employees across the UC system.

11 thoughts on “Guest Commentary: Free Speech for Whom?”