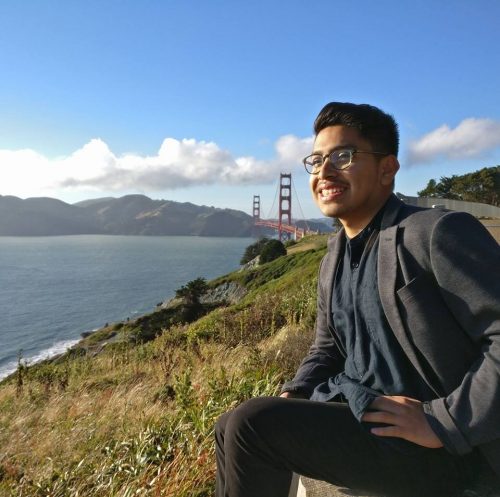 Twenty-one-year-old student Ismael Chamu is still spinning from his horrific encounter with police in the early hours of Wednesday June 27. It was a night which started much like any other, but shockingly took a sharp and unexpected left turn that left him in jail.

At around 2am, Chamu and another friend were having a stroll along Piedmont and College Avenue – an area known by students as “Frat Row” due to the high number of fraternity houses on the street. Their casual walk was abruptly interrupted by the arrival of six Berkeley police officers, who immediately swarmed them and put them in handcuffs, no questions asked. Chamu and his friend were then pummeled with accusations that he was a thief, and that the police had received a call about two suspicious subjects.  Chamu recalls: “I repeatedly asked to speak to a lawyer and to remain silent. They denied me that right, saying that I was not under arrest therefore I was not entitled to such privileges. The officer threw me into the back of a BPD SUV vehicle and mocked me repeatedly for ‘not speaking English.'”

The two students were taken to Berkeley City jail and were fingerprinted and strip searched before being placed in a cell. “I never have felt more violated, frightened and humiliated in my life.

Every moment I was fearing for my life.” Chamu is a 5′ 2′ Mexican American UC Berkeley Sociology  junior. He is head coordinator of two different organizations, both of which he helped create and establish at the University of California Berkeley and in the local Oakland East Bay community. Ismael is also a certified Substitute Teacher by the State of California.

Chamu spent the night freezing in a cell, where he spent the next 39 hours. He was not granted counsel or legal representation, despite multiple requests. “The psychological torment was more than I could bare. I would nap and wake up hoping that I was free but it was all in my head. Every now and then the Police would come around and bang on the metal door as to mock me. As to mock my existence. I could not sleep, I was starving, I was freezing. I felt so alone so detached I got constant anxiety attacks and panic but I was alone, no one there to help me but myself.”

On Thursday June 29, Chamu was awoken around 4am by loud bangs. He was told he had a court appointment at 9am and was moved into a BPD van and transported to Oakland Police Department Jail. He was placed into a jail detainment cell for the rest of the day, and never saw a lawyer or a judge. “Throughout the day, Sheriff C. Tracy mocked me by putting both hands on his knees and saying ‘Tu no Hablas Espanol o inlges tu little Frijol, you a little Bean,'”Chamu claims.

He was finally released at 6pm, uncharged. By that time, Chamu had missed a scholarship interview, a fellowship Skype interview and work.

Chamu and many others (including Berkeley major  Jesse Arreguín)  believe this unlawful detainment was a result of racial profiling. The ASUC released the following statement calling for immediate action. 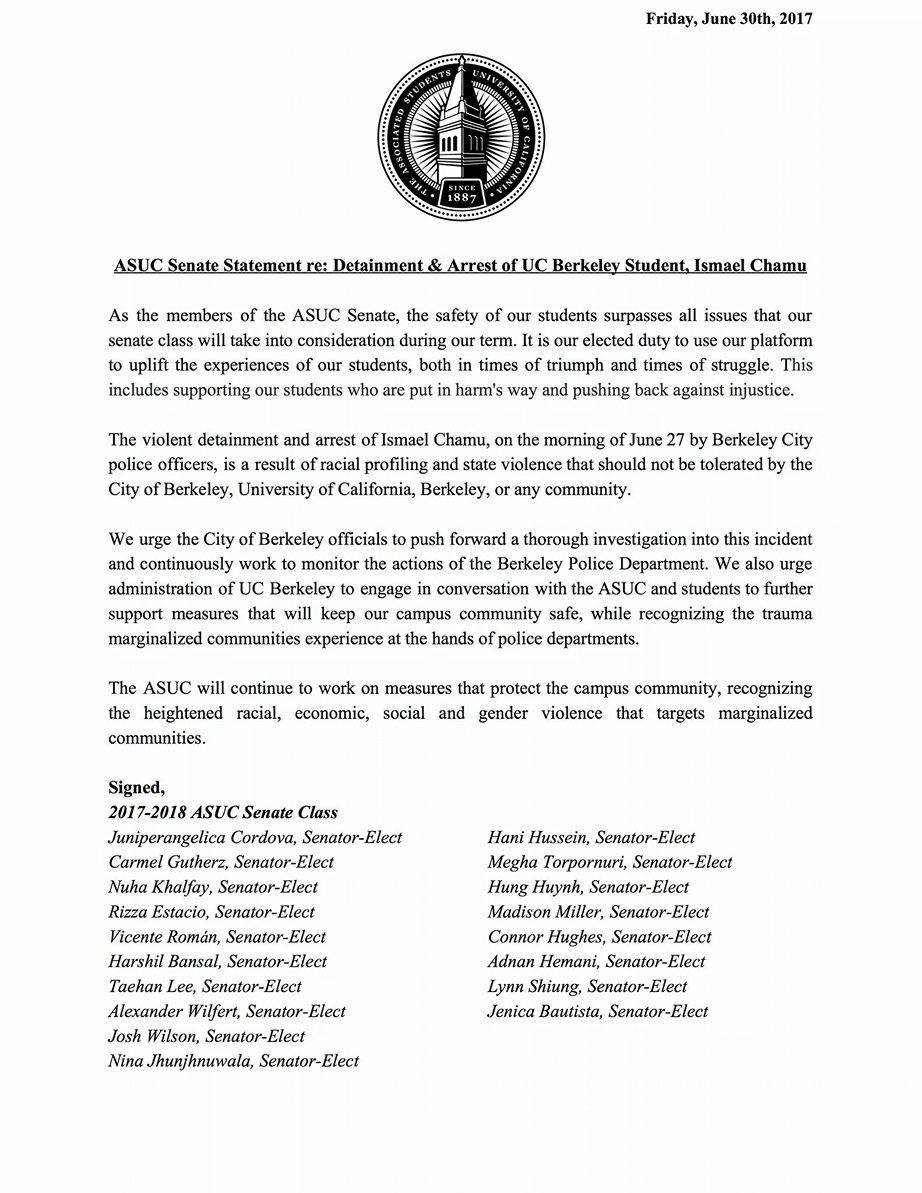 The Berkeley mayor requested that the Berkeley police chief investigate the incident further. BPD Chief Andrew Greenwood confirmed that Chamu and a second person were stopped and  detained “because they matched the broadcast description” from a “‘hot prowl’ burglary.”  Greenwood claims that an officer saw Chamu abscond and throw a knife behind a vehicle when he saw police, which made him look suspicious. Police arrested Chamu on suspicion of possession of an illegal weapon, as suspicions of robbery were later abandoned due to lack of evidence. They have subsequently been unable to link Chamu to the knife.

As for the racial harassment, the sheriff’s office spokesman, Sgt. Ray Kelly, said the internal affairs unit was looking into it and that “we take these allegations very seriously.”

The incident is still under investigation, and Chamu plans to pursue legal action on the ground of unlawful detainment.