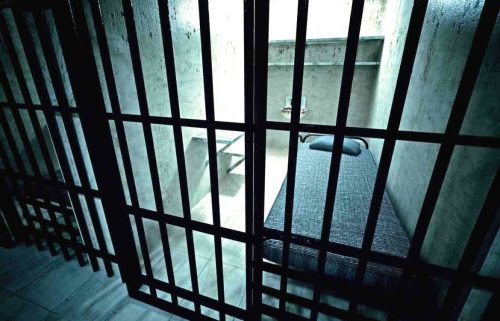 During the holiday season, many of us think about what we can do to help people struggling with poverty. Attorney General Jeff Sessions, on the other hand, decided just before Christmas to rescind a guidance meant to protect low-income Americans.

The 2016 guidance, issued by former President Obama’s Justice Department, urged state and local courts nationwide to abide by constitutional principles prohibiting the jailing of poor people who cannot afford to pay court fines and fees. Jeff Sessions’ action makes clear that he and his Justice Department are unconcerned by courts trampling on the rights of poor people.

The Obama Justice Department issued the 2016 letter after reports and lawsuits by the ACLU and other groups revealed how modern-day debtors’ prisons function in more than a dozen states, despite the fact that the U.S. two centuries ago formally outlawed jailing people simply because they have unpaid debts.

These efforts revealed that poor people were being locked up in Georgia, Washington, Mississippi, and elsewhere without court hearings or legal representation when they could not pay fines and fees for traffic tickets or other civil infractions or criminal offenses. These efforts also show that modern-day debtors’ prisons result from state laws allowing or requiring the suspension of driver’s licenses for unpaid court fines or fees without first requiring confirmation that the person could actually pay.

Modern-day debtors’ prisons received unprecedented national attention in 2015 when the Justice Department issued a 185-page report in its investigation of the Ferguson Police Department after the shooting of teenager Michael Brown. It documented how Ferguson police sought to advance the “City’s focus on revenue rather than … public safety needs,” leading to the routine incarceration of poor people to elicit court fine and fee payments,

which raised due process concerns and reflected racial bias.

This wave of attention on draconian debtors’ prisons spurred the Justice Department to issue the 2016 letter on fines and fees.

Prior to rescinding the letter and other Obama-era guidances the attorney general claimed that such documents constitute overreach and “impose new obligations” on parties “outside the executive branch.” But that is not what the Justice Department letter on fines and fees did.

The Obama Justice Department showed leadership by reminding state chief justices and court administrators that the U.S. Constitution’s promises of due process and equal protection apply when courts impose and collect fines and fees. Far from creating new policy, the letter cited caselaw from the U.S. Supreme Court and other courts in support of seven constitutional principles. Among the most basic of these principles is the fact that the 14th Amendment prohibits jailing people for non-payment of court fines and fees without safeguards, including a hearing before a neutral judge to determine one’s ability to pay, and meaningful alternatives to jail for people who cannot pay.

Sessions’ withdrawal of the letter on fines and fees cannot rescind these principles or the caselaw on which they are based. Nor can it stop the ongoing momentum behind reform of modern-day debtors’ prisons in places like Biloxi, Mississippi; Missouri; Ohio; Michigan; and New Hampshire.

Several weeks ago, a federal court ruled that New Orleans judges faced a conflict of interest in jailing poor people for unpaid fines because the judges control the money collected and rely on it for court funding. That same week, a federal court issued a preliminary injunction halting Michigan’s system for suspending driver’s licenses upon non-payment of traffic tickets due to constitutional concerns. And days later, the Mississippi Department of Public Safety agreed to reinstate the driver’s licenses of all drivers whose licenses were suspended for non-payment of court fines and fees.

There is no place in this country for a justice system that lets rich people buy their freedom while poor people are locked up or lose their driver’s licenses because they can’t afford to pay money to courts. The momentum for change will continue even as the current Justice Department declines to lead by encouraging fairness and equal treatment of rich and poor.