Tonight is the night of the Vanguard’s Student Housing Townhall meeting from 7 to 9 in the big room at Davis Community Church.  The event is free and open to the public.

When the Vanguard first set this up, we had no idea that the university would be coming out with the Long Range Development Plan (LRDP) on the Friday before.  That will give Matt Dulcich, the UC David Director of Environmental Planning, a chance to discuss the LRDP.  One issue not expressly addressed is the concern about on-campus housing affordability.

This is a big concern for students.  For instance, past ASUCD President Josh Dalavai pointed out that it does little good for the university to build a bunch of new beds if all they are doing is

The Vanguard has pointed out that student housing is about 60 percent more expensive on campus than off campus.  When we toured Tercero, we found that students tripling up on rooms were paying $950, before meal plan, for a bed there.

When we were interviewing Toni Sandoval, a student living at Solano Park, who is on our panel tonight, she told us she is paying $766 a month for a one-bedroom, which doesn’t sound bad until you realize that this is just 449 square feet.  That is considered student affordable housing.  A two-bedroom at Solano Park, which rents for about $900, is just 559 square feet.

Affordability concerns aside, there is also the concern which many have expressed that the university will not build the housing it has promised.  Some have questioned whether the money is there for the housing commitment.

The good news here is that the university is now pledging to accommodate 9050 new on-campus student housing beds.  They have pledged to the previously announced 8500 beds of new student housing, and added 550 to that total by doubling up existing apartments at West Village.

That means, with campus enrollment projected at 39,000, “the projected new housing would result in more than 48 percent of students living on campus.”

While I believe there is a realistic concern here about whether the campus will follow through on the full 9050 commitment, the first wave that could be ready as soon as two and a half years from now appears to be on more solid footing.

The university summarized: “Including the West Village Expansion and Orchard Park projects as project-specific analysis within the LRDP DEIR helps accelerate these two projects for 5,200 beds of student housing for early delivery in the LRDP period. Of the 8,500 beds of new construction in the 2018 LRDP, these first projects are targeting occupancy for 5,200 students as early as Fall of 2020.”

The West Village Expansion “would provide additional student housing for approximately 3,800 students north of Hutchison Drive and west of Celadon Street in the West Village neighborhood on the west campus at UC Davis.”

It would take place on 48 acres with 1.3 million square feet of new student housing buildings, along with 800 spaces of automobile parking with additional on-street parking. 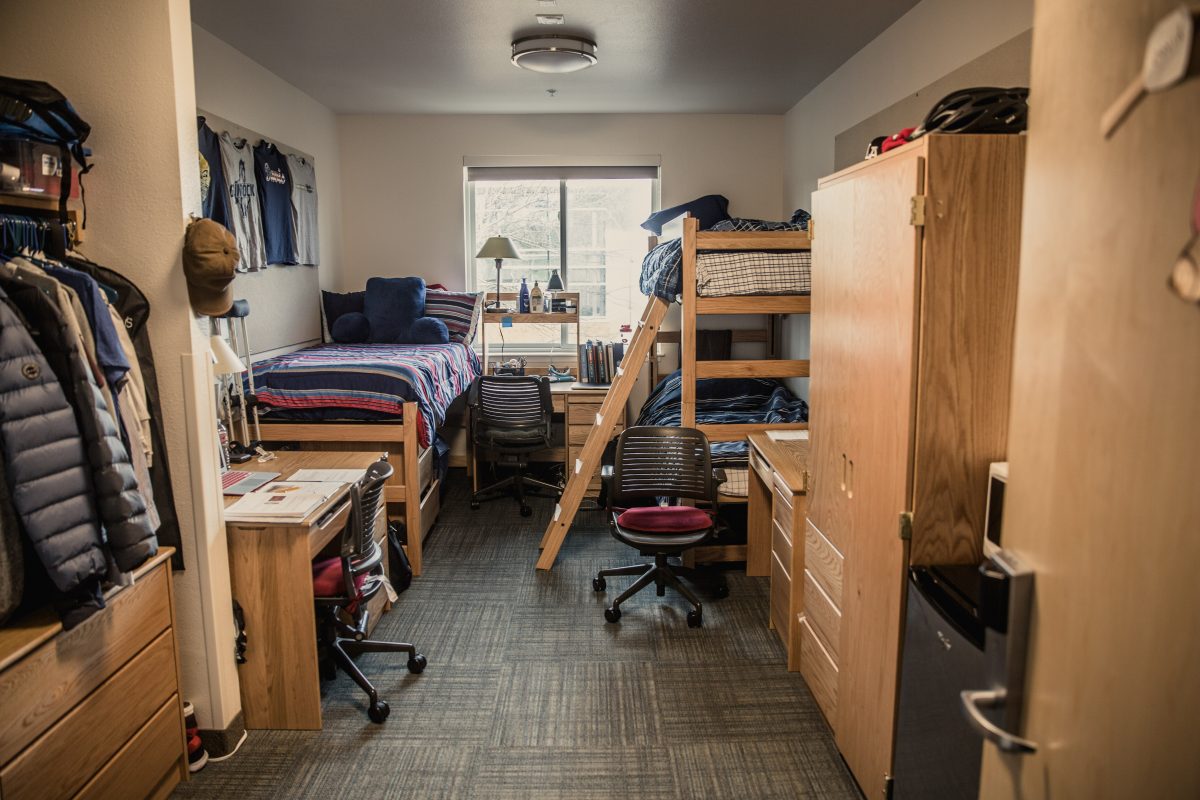 Meanwhile, the Orchard Park component south of Russell and east of Highway 113 is located on 19 acres of land.

The project envisions around 642,000 sf of new student housing to be constructed, for a total of 555 housing units.

History has shown that the university has signed MOUs with the city to increase its allotment of student housing – only to have fallen short of those goals.

So while I believe they fully intend to follow through on the first 5200 beds, I am skeptical of how they intend to get the next 3800 beds beyond that.

There is a real danger that once this process is over and the immediate crisis of student housing subsides and fewer people are watching post-2020, that UC Davis without any sort of independent accountability mechanism, could shirk their commitments.

The Vanguard believes that the student housing crisis is severe enough that city action was necessary to act in a parallel process.  The city has approved Sterling and Lincoln40 and has push 2200 beds at Nishi on the ballot.

If the lawsuits are resolved and the voters approve Nishi, that along with the 9000 or so units on campus will greatly alleviate the student housing crisis.

But as the lawsuits themselves, the contested Nishi vote and the ability for the university to follow through on commitments demonstrates, we cannot afford to let off the gas here in pushing for solutions to student housing concerns.

One thought on “Commentary: UCD Has Pledged It, Will It Get Built?”