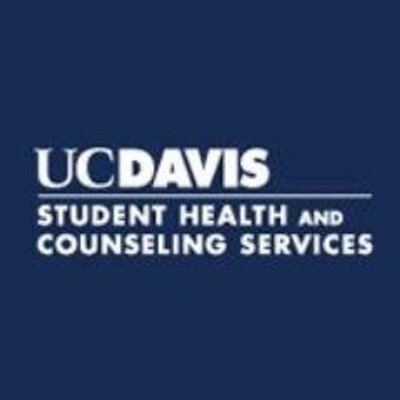 It is easy to forget your health, whether that’s physical health or mental health. Both are equally important and, luckily, both are covered—to an extent—under the UC Davis Student Health and Counseling Services (SHCS). However, in terms of sexual health, free condoms and a Plan B vending machine are only the proverbial tip of the iceberg in terms of accessibility to birth control. We can be doing more, much more.

According to the SHCS website, “Abortions are not performed at the UC Davis Student Health and Wellness Center, but if you are considering an abortion, you may want to meet with a provider here at SHCS so they can refer you to Sutter Davis Hospital or a provider in your insurance network.”

This is despite the fact that 60% of all reported abortions are completed by women in their 20s, with the largest percentage of all abortions attributed to women between 20 and 24. College-aged women are clearly in need of this service. Of course, the controversy that surrounds abortion is not unknown to me, nor should it be ignored.

A recent bill, passed in October of 2017 by the House of Representatives, banned abortions after 20 weeks with vehement support from President Donald Trump. While the measure, gregariously titled the Pain-Capable Unborn Child Protection Act, did not receive the 60 votes needed to break a Democratic filibuster, conservative politicians have made it clear their agendas consist of seeing

Planned Parenthood dismantled and destroyed, while pro-life activists protest outside of nearly every available abortion clinic in the country.

It is hard not to miss the contention over this topic. Perhaps the UC Health system does not wish to begin a pro-life vs pro-choice debate, especially not in this political climate. However, Student Health and Counseling Services at UC Davis has a responsibility to the students, first and foremost. By ignoring the issue of abortion, the UC Health system is ignoring a large portion of its student body. UC Davis can change this culture of silence by building constructive discussion and criticism around the issues that plague students most, availability of the abortion pill being one of them.

While, the abortion pill remains unavailable UC-wide, I call on UC Davis to change this by opening up a discussion between students, administrators, and the healthcare professionals at SHCS about providing services to all students.

I argue that UC Davis SHCS should provide, at the very least, the abortion pill to terminate a pregnancy safely, but other, smaller steps can be taken to ensure that sexual health services are made widely available. Simply adding a free transportation service for women seeking an abortion from the SHCS to abortion clinics in Sacramento and Woodland would greatly increase accessibility. As of now, those seeking these reproductive services would have to collaborate with Planned Parenthood for transportation to their clinics.

A huge hurdle presents itself within the borders of the city of Davis. No cost-effective abortion clinic exists in Davis, neither at the SHCS, nor anywhere else within the city. The nearest clinic to get the abortion pill is Woodland. The nearest clinic to get the medical abortion procedure is Sacramento. Both are over 10 miles away; even the most avid UC Davis biker would find this journey laborious.

A young woman dealing with the everyday stress of college and the added stress of an unplanned pregnancy might struggle to continue with her studies simply because she could not get a ride to Woodland or Sacramento. A student who uses SHIP as their insurance might have to carry a child to term because she could not afford to pay 400 dollars out of pocket to terminate her pregnancy. Why isn’t such a life-changing procedure readily available to those who need it?

There is no doubt that there are students who need this service, but who are denied access due to unavailability. The Women’s Resources and Research Center (WRRC) on campus provides information to female students about family planning, including abortion. Should the SHCS and WRRC team up, we would see a beautiful and brilliant unfolding of sexual health resources for all, providing a sense of stability and reassurance to both partners of an unplanned pregnancy, male or female. Post-abortion resources, such as support groups, peer counseling and advocacy, could be implemented, which would promote positive mental health in the event of increased stressed. It would allow students who have terminated a pregnancy to know that they are not alone, and this, especially, is would be an incredibly meaningful resource for students at UC Davis.