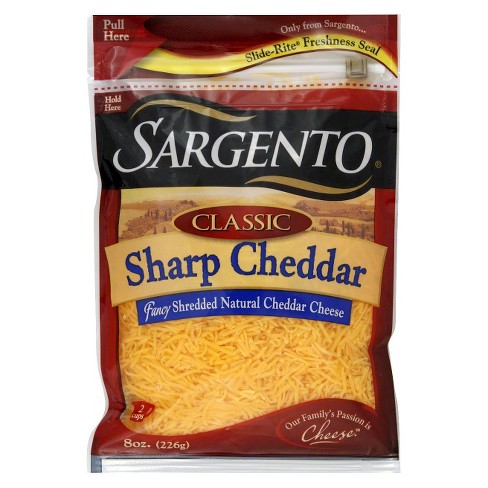 A Poster Child Case for Over-Charging

What few remember about the case of Robert Ferguson is that, even after they dismissed the third strike, he still spent nearly eight years in prison for stealing a package of shredded cheese.  That means that the cost to the taxpayers for incarceration was at least $400,000.

This was one of the first cases the Vanguard covered under our Court Watch program.  The case had slipped by the media.  No one knew about this case before the Vanguard, but the Bee picked it up shortly thereafter, then the New York Times and ultimately the London Guardian.

With the pressure on, the Yolo DA’s office reversed themselves and agreed to strike his third strike and take it down to a two-strike case – still seven years, eight months.  For stealing cheese.

What didn’t get enough publicity is that Robert Ferguson had a long history of committing very petty crimes.  He had a rap sheet that was long and filled with small-time offenses.  No one bothered to try to get him help in something like a Mental Health Court.  Instead, they attempted to put him away for life in a system that would have been ill-equipped to treat him.

Mr. Parish argued he was eligible for a third strike based on his background and prospects.  First, they argued that he was unemployed and unmarried.  He was a repeat offender and made no claims to education or job skills.  Furthermore, he was taking no responsibility for a substance abuse process.

Additionally, he had been in custody for 22 years, six months, and six days in the prior 27 years.  They argued that “defendant cannot function as a productive citizen in society.”  Moreover, “[Mr. Ferguson] made no effort whatsoever to becoming a law-abiding citizen.

According to a police report the Vanguard had acquired from Officer Matt Jameson of the Woodland PD, on Dec. 14, 2008, Officer Jameson responded to a grocery store located at 157 Main St. Upon arrival,

he made contact with the Loss Prevention Officer from Nugget Market in Woodland.

The man allegedly saw an individual place $3.99 worth of shredded cheese into his pants and leave the store, not rendering proper payment. Mr. Ferguson was subsequently detained by Mr. Austin.  At the time of Mr. Ferguson’s arrest, he possessed $9.00, and would have been able to pay for the cheese he allegedly stole.

Oddly enough, he paid for everything else except for the cheese that was in his pants. When confronted by the Loss Prevention Officer, Ferguson attempted to flee and then was taken down to the ground. The Nugget Market worker described Ferguson as “embarrassed and remorseful.” The cheese had only cost $3.99, and he had nine dollars on him.

According to Deputy Public Defender Monica Brushia, Mr. Ferguson had been battling mental illness for a number of years.  He was attempting to control the ill effects of this mental disorder.  His mental disorder was responsible for his mania, depression, and mood instability. Because of his mental disorder problems he had acquired a substance abuse problem.

Mr. Ferguson was mentally ill.  What he needed was treatment, which he never received in the system.  Instead, he faced a district attorney’s office attempting to throw the book at him.

But eventually, with the publicity and pressure mounting on the DA’s office, they agreed to remove the final strike, turning it into a two-strikes case rather than a third-strike case.

As usual, it was damage control time for Yolo County DA Jeff Reisig.

He told the Davis Enterprise in 2010 that the law required his office to charge all of a criminal defendant’s known strikes.

Mr. Reisig then said that both the prosecutors and defense attorneys could seek the dismissal of prior strikes if they believed a case didn’t fall within the spirit of the three-strikes law.

He explained, “We make motions to dismiss strikes all the time.  We’re exercising our discretion in that area very reasonably.”

Naturally, Public Defender Tracie Olson disagreed. She told the paper that the Ferguson case was like several that had come through her office, with others facing life for vandalism and writing fraudulent checks.  In fact, we covered one where the defendant received 20 years for writing two bad checks.

Ms. Olson told the paper, “I find it hard to believe the voting public realized that these are the types of cases the three-strikes law would be applied to.”

And she was right.  Today the Robert Ferguson case could not have been charged as a three-strikes case for two reasons.

First, in 2012 the voters in Yolo County overwhelmingly passed Proposition 36 which modified California’s Three Strikes Law to require the third strike be a “serious or violent felony.”  That clause does not, however, apply to defendants previously convicted of rape, murder or child molestation.

Then, in 2014, the voters in Yolo County overwhelmingly passed Proposition 47 which reduced a number of felonies to misdemeanors, including the elimination of the loophole that allowed the DA to stack prior petty thefts to create a felony for petty theft with a prior.

Jeff Reisig likely hasn’t changed his thinking much on this, but the law has tied his hands.  He did not support Prop. 36 and he opposed Prop. 47.

Share:
Tags:Jeff ReisigMental IllnessOverchargingThree Strikes
Previous : More Weird Red Herrings on Nishi from the No Side
Next : Robb Davis/Matt Williams Dialogue on Nishi Financials — Part One

10 thoughts on “Monday Morning Thoughts: Life for Stealing a Package of Shredded Cheese”